Since we all walk around with HD displays in our pockets and have smart TVs in every room in our house, digital projectors don’t get a whole lot of attention these days. The last time I spent any time thinking about a projector was in 1999. If you haven’t checked a calendar lately, that was a long time ago.

TO see if the technology has evolved a bit over the years, We accepted EZCast’s offer to review their EZ Cast Beam H3 (save 10% by using code PhandroidH3) projector since it’s built specifically pair with a smartphone, something I’m sure we can all appreciate. My expectations were, understandably, a bit off when opening the box for the EZ Cast Beam H3 Portable LED Projector. It was compact and seemed simple to operate. Also, the box had some sticker packs included. I mean, who doesn’t love stickers?! But what’s more important is what you get with the projector. 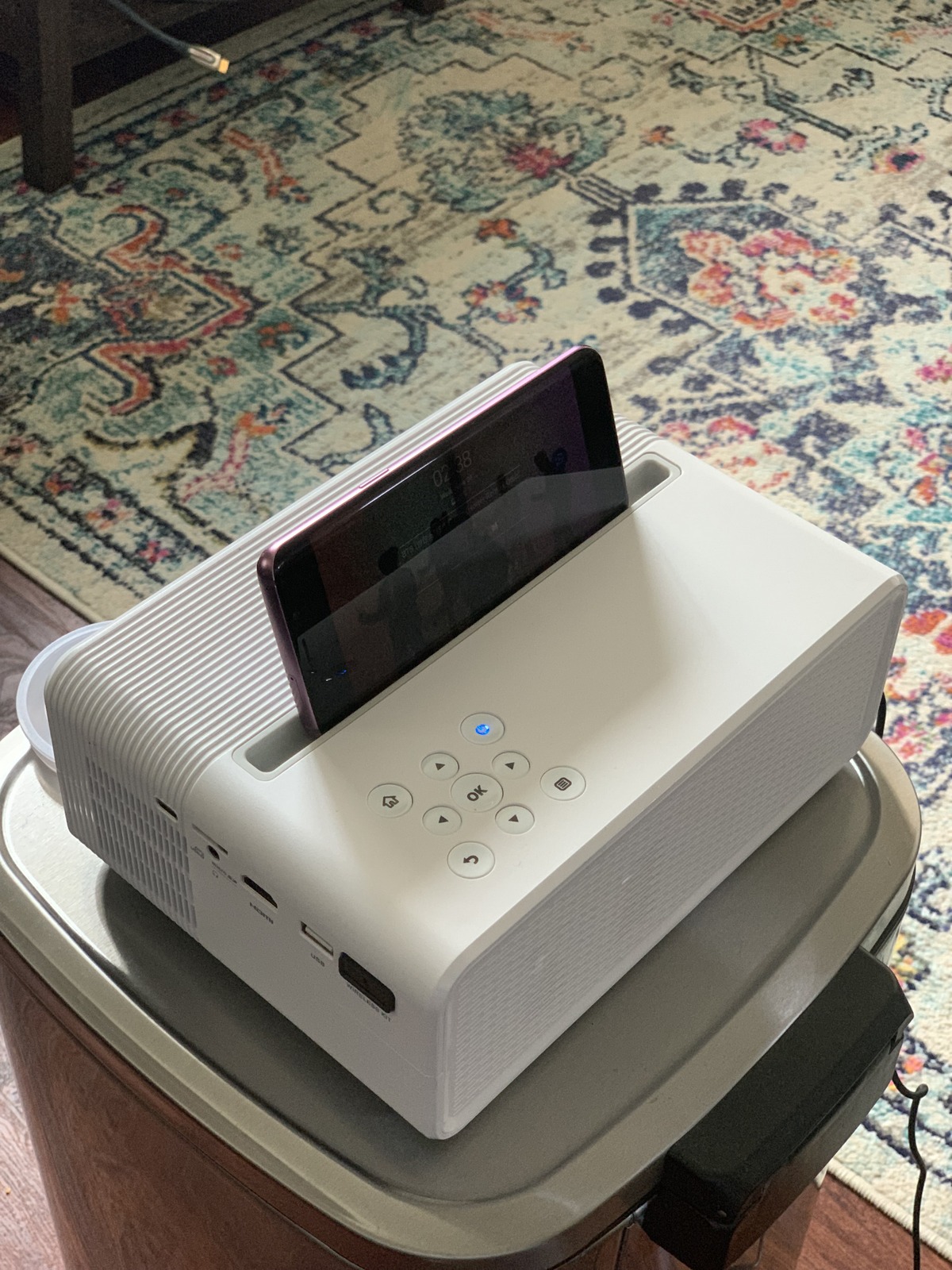 Compared to projectors I saw in the last century, the EZ Cast Beam H3 is very sleek and compact. It’s a device that can easily fit in with the rest of your entertainment setup, measuring a mere 9X6.5X3.25 inches. It’s far from being the smallest projector on the market right now, but it’s definitely not big. On top of that, it’s also very light which makes it a lot easier to take it from room to room in your house or throw it in a bad and take it with you out in the world. Accessories include a power cord, a remote control, and two foam pieces that allow you to prop the projector up in a vertical position. The use of foam material is a curious choice as I can’t recall ever having a device that used foam instead of plastic.

When not in use, the projector also has a plastic cover attached to the device via an elastic band, ensuring you won’t misplace it. The projector also comes with built-in speakers that are located on the back. 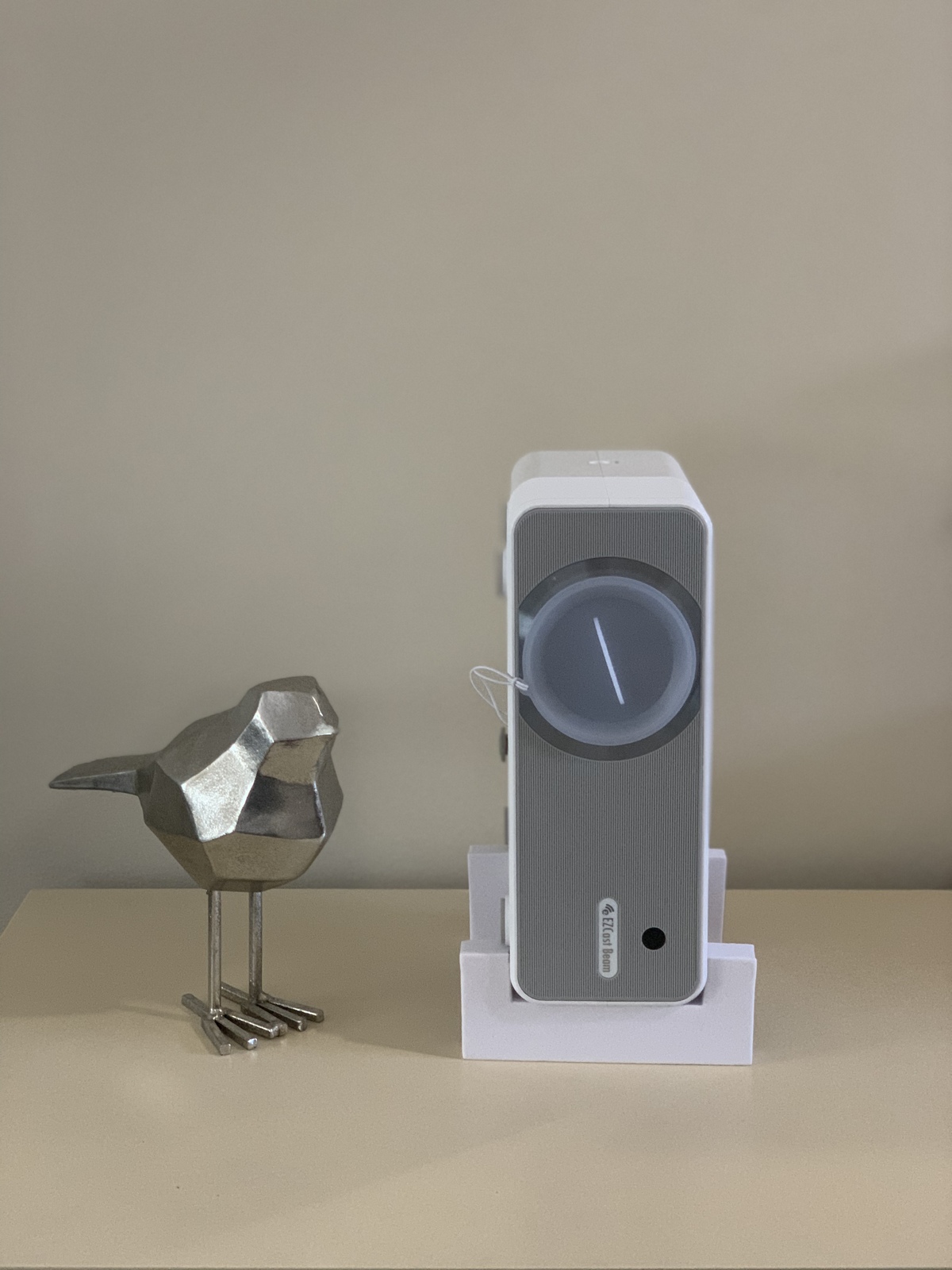 I read through the instructions while my children pawed through the box’s contents. Number 4 on the precautions list says, “Please keep the device and its parts and accessories out of reach of children.” Oops. Luckily, no damage was done even though my two-year-old wouldn’t leave the thing alone.

I plugged it in and it started just like described. I struggled a bit with the lag between the remote and control panel when inputting my WIFI password. After learning I need to exercise some patience when maneuvering through the menu, using the EZ Cast was, well, easy.

To test the projector, I connected my Samsung Galaxy S9 wirelessly and a Blu-Ray player via the HDMI port. Both methods were very simple but I was surprised to see that there was a difference in performance.

When I used my Samsung Galaxy S9, the quality of the picture was really great. I was very impressed that were was no lag between what I did on my phone and what I saw projected. Even when I switched the orientation on my phone, the projector managed to follow suit. In short, it was truly a mirror experience!

Imagining the potential of having a projector, I got out the most epic movie I could think of – The Lord of the Rings. Excitedly, I hooked up the Blu-Ray player via the HDMI port and started The Fellowship of the Ring. Unfortunately, I was very disappointed with the performance. While casting with my phone was a wonderful experience, the quality of the projection was poor. Although the quality could be partly attributed to the room being sunny, I did not have the same issue when casting my phone. I waited until the sun went down and the image was much improved in the dark room. Gandalf made it to Hobbiton when I noticed the sound did not match the image. It was slightly off, but just enough to be annoying. Because of this, I did not follow through with what I thought would be the inevitable LOTR marathon.

Speaking of the sound quality, I think this may be the main reason I would hesitate to use the projector in the future. A fan is running the entire time the projector is on and it drowns out the sound that’s emitted from the back of the projector. There does not seem to be a way to connect the projector to a sound system. I think hearing what you’re projecting may be an issue for some EZ Cast users. I should mention that there is a port to hook up headphones. However, this defeats the purpose of a projector’s ability to share what you’re watching with others. Using headphones makes it a singular activity, in my opinion. 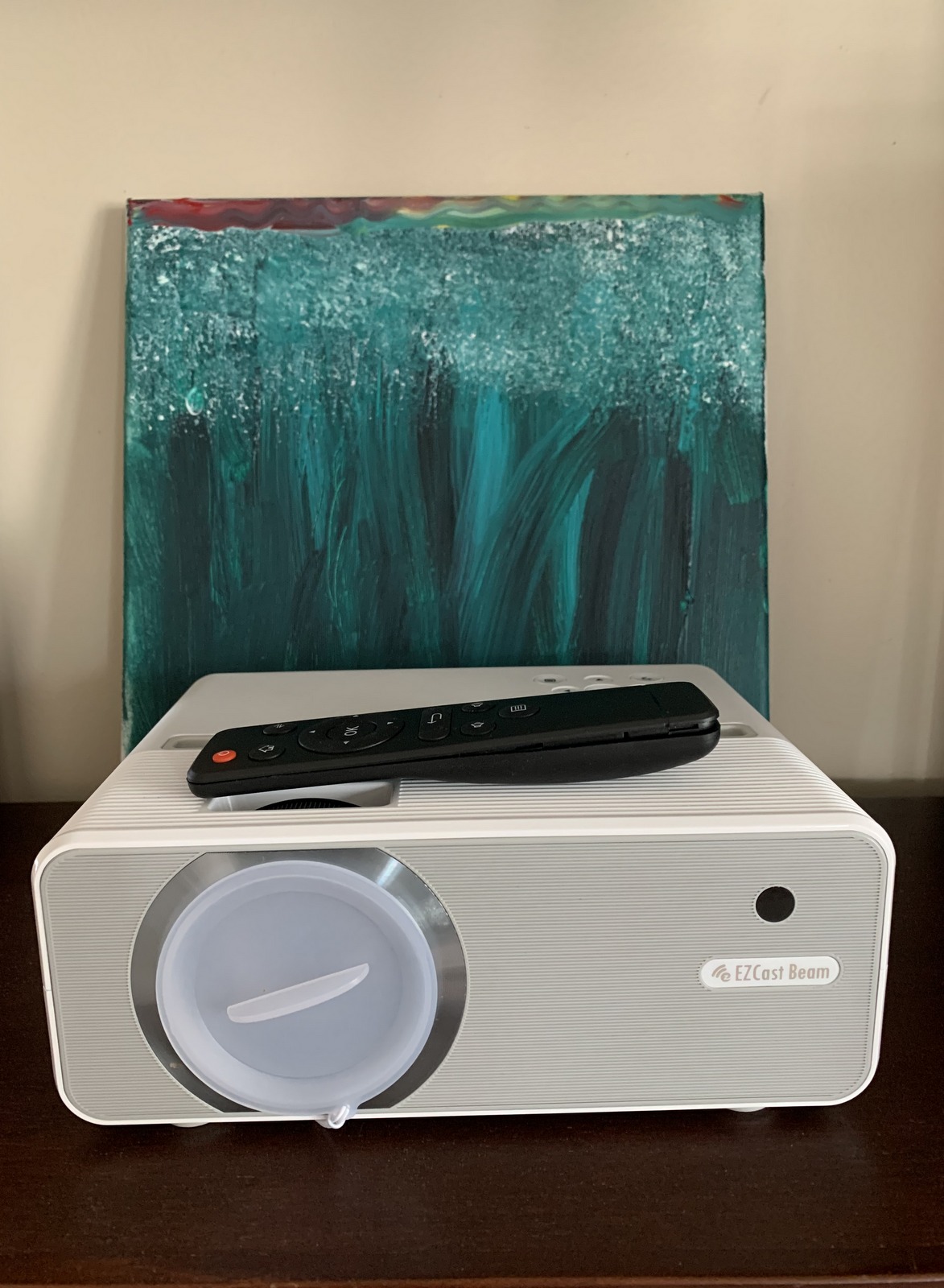 This projector has a lot of good things going for it but it does fall short. I love the sleek and compact design that allows it to be transported easily. Setting up and casting my mobile phone was a breeze. It was a truly enjoyable mirror experience. What I disliked about the projector is the constant fan noise and subpar sound quality of the speakers. The EZ Cast Beam H3 (save 10% by using code PhandroidH3) is definitely not for everyone. If you’re looking for a projector to use in a classroom setting or business setting, I would recommend it. But if you’re looking for a projector to set up for entertainment, I would not recommend this to you.