We’re just a couple of weeks away from Samsung’s Unpacked event, where the Galaxy Z Flip 3 is likely to be unveiled. But Samsung already has its sights set on the future of its smaller foldable device, as evidenced by a new patent filing shows.

One of the problems that Samsung is attempting to solve with these foldable phones comes in the camera department. Although we’re expecting an under-display selfie camera, this technology has not been fully-fleshed out just yet, resulting in rather poor image quality.

This new patent filing (via Let’s Go Digital) shows that Samsung might have another idea in mind, one that’s borrowed from ASUS. The ASUS ZenFone 8 Flip was released earlier this year, and offers a camera system that simply flips around when you want to snap a selfie. In this filing, the Galaxy Z Flip would also have a rotating camera built-into the hinge of the device. 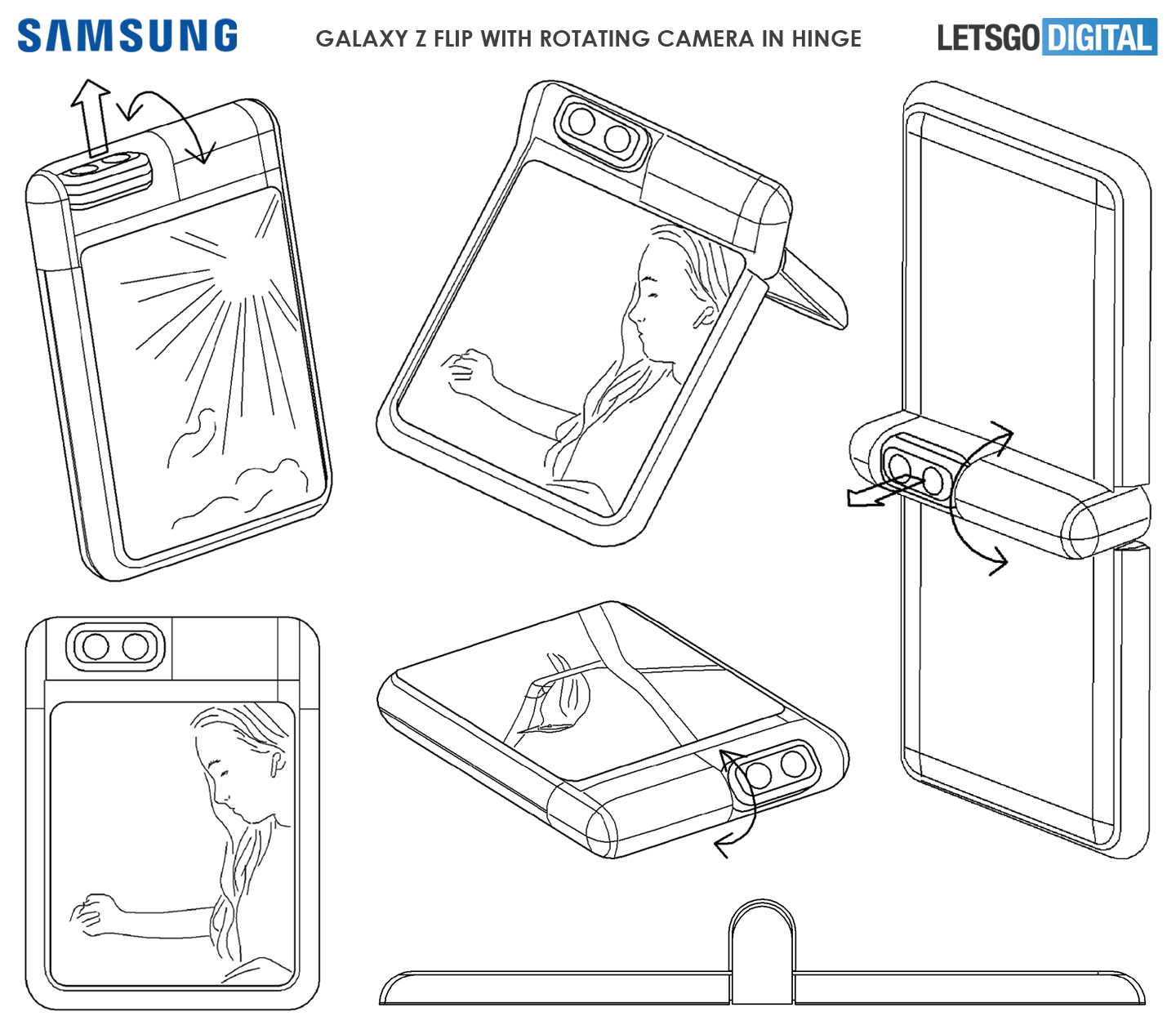 Not only would the camera be able to flip around based on the orientation that you want it, but it seems that you would be able to stop at certain points. Imagine being able to properly line up the camera to get the perfect shot, regardless of how your phone is positioned.

Of course, the downside to this potential design is that it will add quite a bit of bulk to the phone. One of the goals of the current Z Flip lineup is that it’s pretty sleek and slim, and making a change like this might not be the best option for some.

Companies like Samsung and Apple file patents on a frequent basis, whenever a new idea arrives. This ensures that another company won’t be able to beat them to the punch, if the patent goes from an idea to an actual product.