Back in May, we learned that Xiaomi had overtaken Apple as the second-largest smartphone maker in Europe, after seeing a staggering 85% growth over the past year. Now, a new report from Canalys states that Xiaomi’s meteoric rise has continued, as Xiaomi has overtaken Apple’s number 2 spot in global smartphone sales. 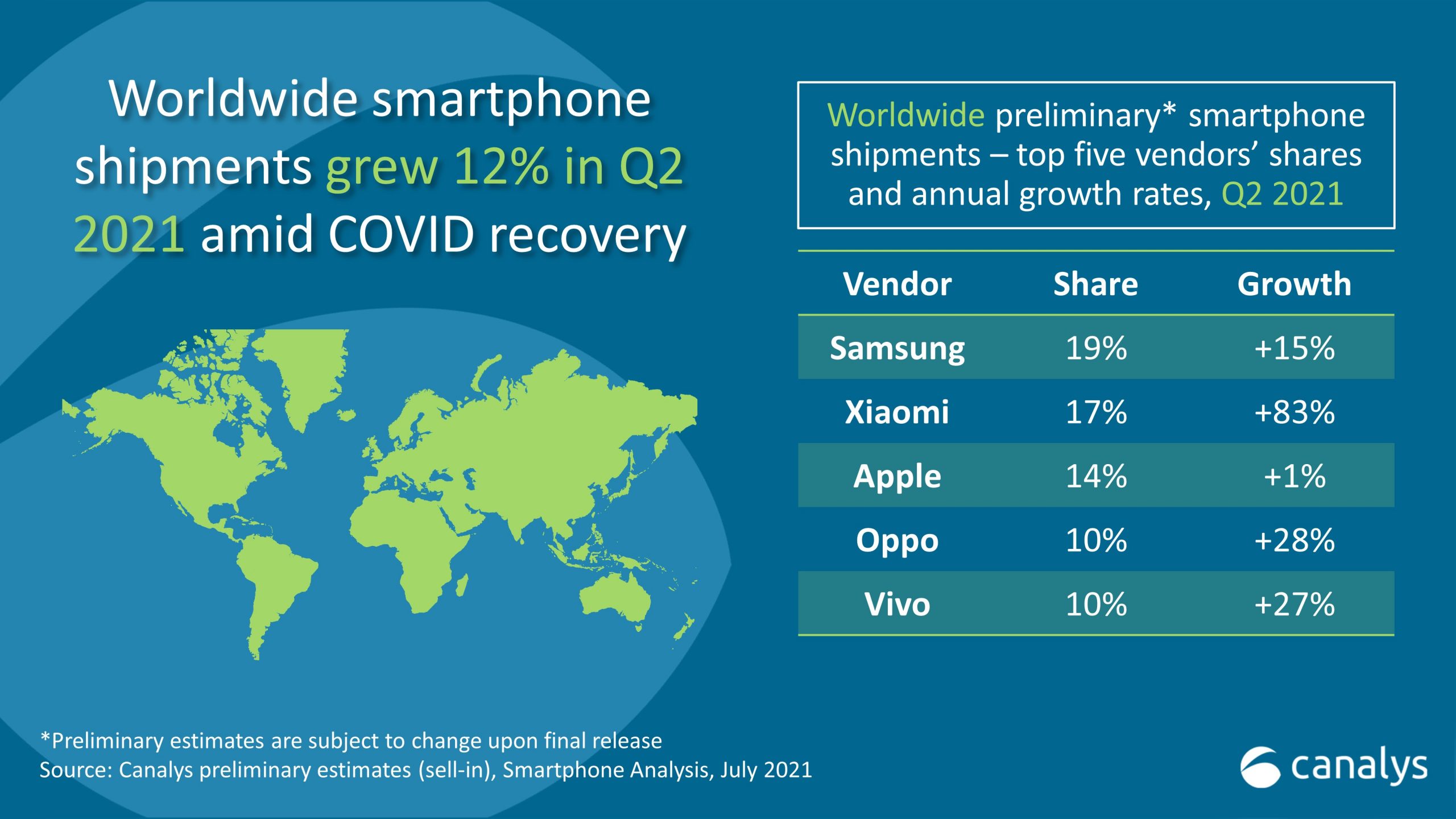 Xiaomi now accounts for 17% of the global market share, now only trailing Samsung, which owns a 19% market share. Part of this is attributed to Xiaomi’s 83% YoY growth across global markets, while Samsung saw a 15% growth and Apple only saw a 1% change.

In the report, Canalys states that global smartphone shipments grew by 12% over the last quarter. This is still rather impressive given complaints about smartphones getting too expensive, while also seeing plenty of budget and mid-range options released.

It’s easy to assume that much of Xiaomi’s success can be attributed to the ongoing issues with Huawei. Huawei was once the company with its sights set on Apple and Samsung, but after the US Trade Ban, we haven’t seen too much. Huawei is even rumored to be considering switching to a 4G-enabled Snapdragon 888 as it can’t produce enough Kirin chipsets to power the upcoming P50 series.

Other reasons for Xiaomi’s sky-rocketing market share has to do with shipments in other countries. This includes a 300% increase in Latin America, 150% in Africa, and 50% in Western Europe.

An interesting tidbit provided in the report is that the majority of Xiaomi’s device sales are coming through phones that are priced “around 40% and 75% cheaper” compared to Samsung and Apple. This could mean that if Xiaomi wants to make the “final” push to overtake Samsung, it will need to bolster sales of flagship devices like the Mi 11 Ultra. 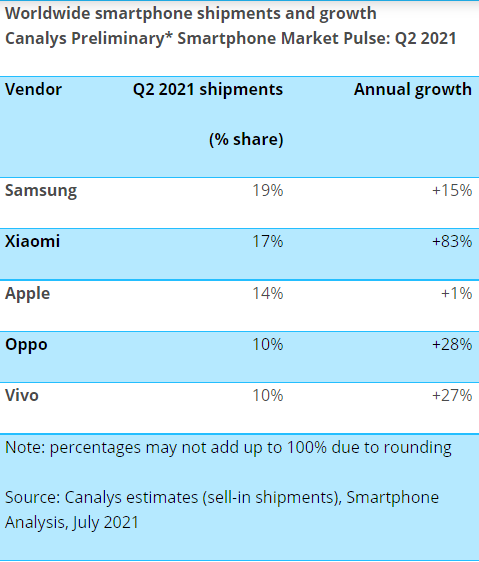