The other day, Apple officially released support for Spatial and Lossless Audio for Apple Music for iPhone users. If you happen to be subscribed to Apple Music but you’re on Android, that update has yet to come, but it could be coming soon because according to reports, the latest beta for Apple Music for Android contains those features.

For those who are interested in taking part in the beta, you can try and sign up here, but for those who can’t get in or prefer to wait, we’re not sure when the features are supposed to arrive, but like we said, its presence in the beta suggests that it could be soon.

In case you’re wondering what these features are, Spatial audio is essentially like 3D audio. Usually when we listen to music on headphones or speakers, it comes from both the left and right, or sometimes the left or the right. Spatial/3D audio is meant to help create the auditory illusion that sound is coming from all around you, not just left or right.

As for Lossless Audio, it is basically a higher quality audio stream for audiophiles who want to enjoy the perks of music streaming services but not at the loss of audio quality. That being said, it should be pointed out that if you want to truly make use of these new features, you might need better hardware.

For Lossless Audio, especially Hi-Res Lossless, Apple actually recommends that users get a DAC. Both Spatial and Lossless Audio will be a free update to Apple Music so you won’t have to pay for a separate tier to enjoy it. 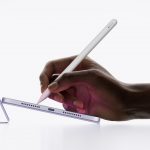 How to upload songs to Spotify