The time has finally arrived, as Huawei has officially unveiled HarmonyOS 2.0 to go along with some new hardware. Huawei has had a rough go of it lately, but that hasn’t stopped the company from trying to push the envelope and continue innovating. With the first announcement, we are now seeing the Huawei Watch 3 and Huawei Watch 3 Pro, two of the first devices to be featuring the company’s take on a dedicated operating system. 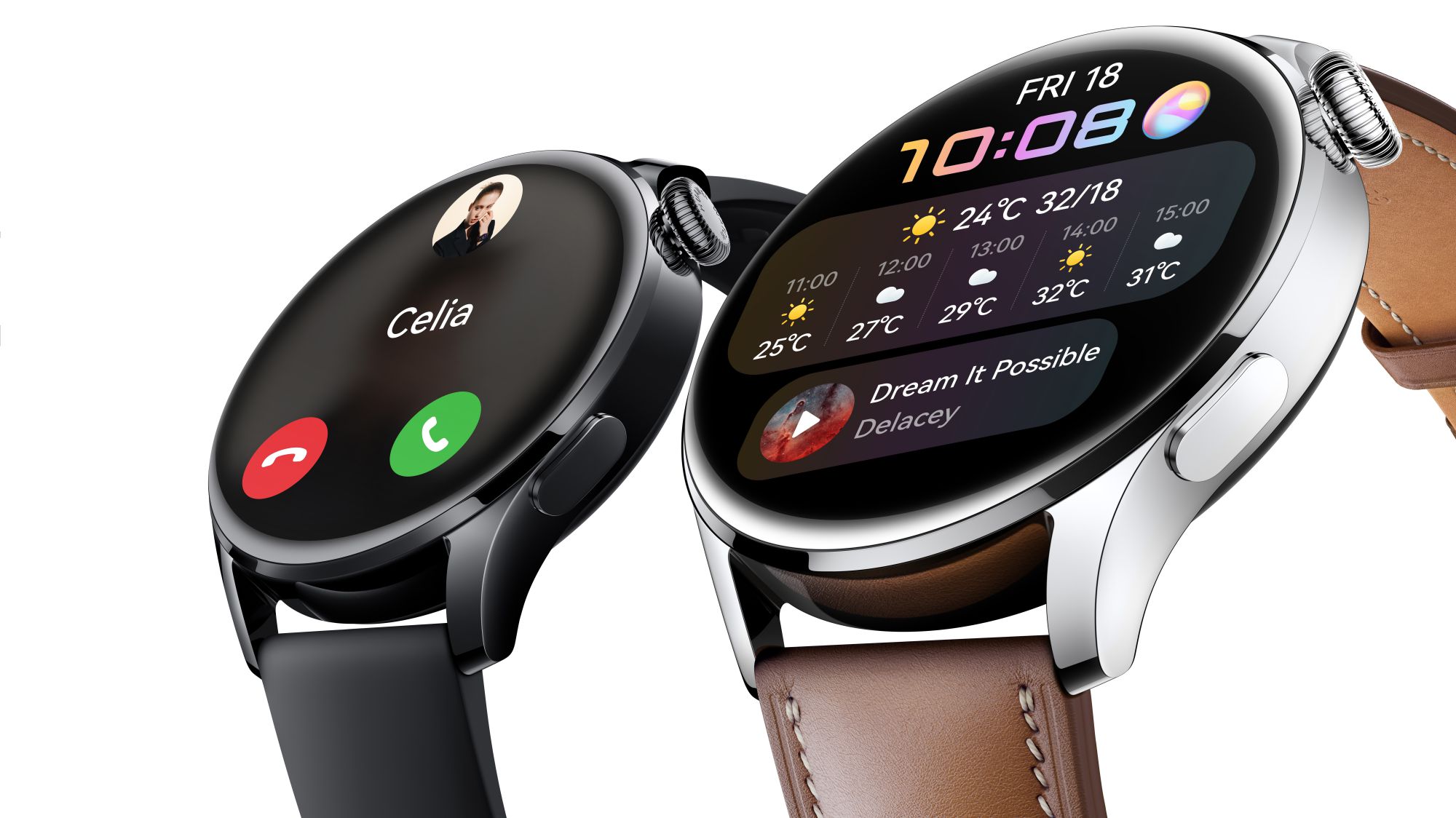 Starting with the standard Huawei Watch 3, we have a 1.43-inch AMOLED display which is protected by strengthened glass and features a watch body made from a combination of steel and ceramic. Huawei claims that the display is able to reach a peak brightness of 1,000 nits, which is quite impressive and will actually make it possible to see what’s on the Watch 3 even if the display is in direct sunlight.

As for sensors, the Watch 3 sports a heart rate monitor to go along with blood oxygen (SpO2) sensor, and even a skin temperature sensor. Huawei has also packed 24/7 stress tracking into the Watch to go along with the expected sleep tracking. These come as no surprise as pretty much every smartwatch and high-end fitness trackers feature the same sensors. Huawei has also included the ability to track more than 100 different workouts, including almost 20 “professional” workout modes.

When it comes to connectivity, the Huawei Watch 3 works just like you would expect almost any smartwatch to, but it also has the added benefit of supporting a 4G eSIM. This makes it possible to take phone calls and even video calls, despite there not being a built-in camera on the smartwatch. But at least you’ll be able to stream some music and pair your favorite Bluetooth headphones with the Watch 3.

Battery life is one of those concerns that come around with new smartwatches, especially one running a brand new wearable OS. Huawei claims that the Watch 3 will last for up to three days with the eSIM being used, but there’s also an “Ultra-Long Lasting Mode” which stretches battery life out to 14 days while still being able to keep track of those important health metrics. 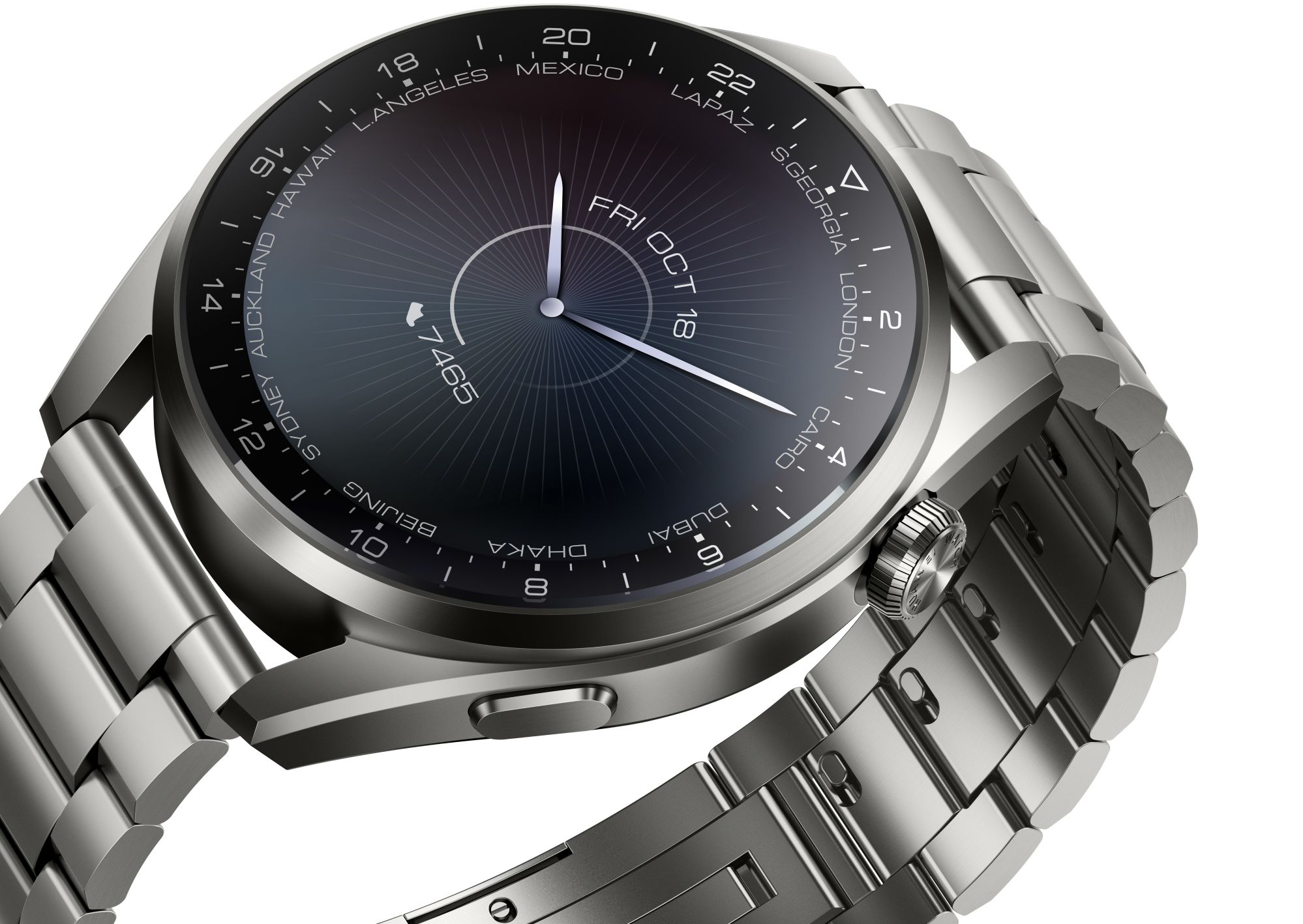 Huawei didn’t stop there with its new lineup of smartwatches, as the company also unveiled the new Huawei Watch 3 Pro. This gives users a more traditional look, which leads to bezels that are slightly larger than the standard Watch 3. Under-the-hood, there aren’t any major differences between these two smartwatches, where the Pro model gains its moniker from the materials that are used for the case.

Instead of sticking to steel, the Watch 3 Pro makes use of a combination of titanium for the body, while also using ceramic on the under-side. The glass for the display is also upgraded, as it’s made from sapphire, to offer even more protection.

Battery life here has also been improved compared to the Watch 3, as the Watch 3 Pro is rated for up to five days of juice when using the 4G eSIM, and up to 21 days in the aforementioned “Ultra-Long Lasting Mode”.

Although Huawei debuted its new smartwatch lineup today, along with HarmonyOS 2.0 and some other goodies, the company shared that the pricing of the Watch 3 starts at 2599 CNY and the Watch 3 Pro will go for 3299 CNY with pre-orders available starting today. Considering the sanctions that have been imposed, the only way you’ll be able to bring either of these to the US is through an online import retailer like GearBest. But once we have pricing information, we’ll be sure to pass that along.