One of the reasons why SMS is still kind of annoying is that you get a mixture of messages from friends, family members, banks, online services, spam, and more, and unfortunately it’s all in your inbox and unless you’re the type that takes time out of their day to organize it, it can get very messy.

That might change soon though because according to XDA’s Mishaal Rahman, it seems that Google Messages will be getting a new feature that will help you sort that out. According to the tweet and accompanying screenshots (see below), it seems that users will be able to launch Google Messages in their preferred view, meaning that it will only show messages based on your filter like personal, offers, OTP, and more.

Google Messages adds a preference to change the primary view. This is only available if the "message category" feature is also available, which still hasn't rolled out to everyone (it seems to be regional).

Another feature is the ability to automatically delete your OTPs after 24 hours. This means that instead of you having to manually delete them, Google Messages will clear it for you after 24 hours, so your inbox should be relatively clean. Sometimes you might want to keep these messages, and in that instance, the first method might be better because it’ll retain those messages while hiding and filtering them behind categories.

Unfortunately, it seems that for now this feature has only been rolled out to India (as far as we can tell). We’re not sure when Google will start making this available to more users, but it sounds like a rather useful feature we wouldn’t mind having ourselves. 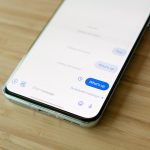 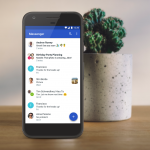 How to star your important messages in Google

How to schedule text messages on Android