In recent weeks, we’ve been seeing the rumor mill beginning to churn up more information about the Galaxy Z Fold 3 and Galaxy Z Flip 3. Rumors have suggested that Samsung would be seemingly cutting back on the battery size of the larger Fold 3, along with even shrinking the cover display.

But outside of some unofficial renders, we really don’t have much of an idea as to what Samsung has been working on. Well, thanks to some well-timed leaks that has all changed for both of the company’s 2021 foldable handsets.

Your first look at the Galaxy Z Flip3.

Kicking things off, we’re taking a look at these images courtesy of @sondesix on Twitter, with a look at the Z Flip 3. This image looks as it is part of a longer promo video, but in the video, we can see four different colors for the Z Flip 3; White, Black/Silver, Green, and Purple. While the colors are cool and all, what’s even more interesting is the two-tone colorway which is extremely reminsiscent of the Panda Pixel 2. 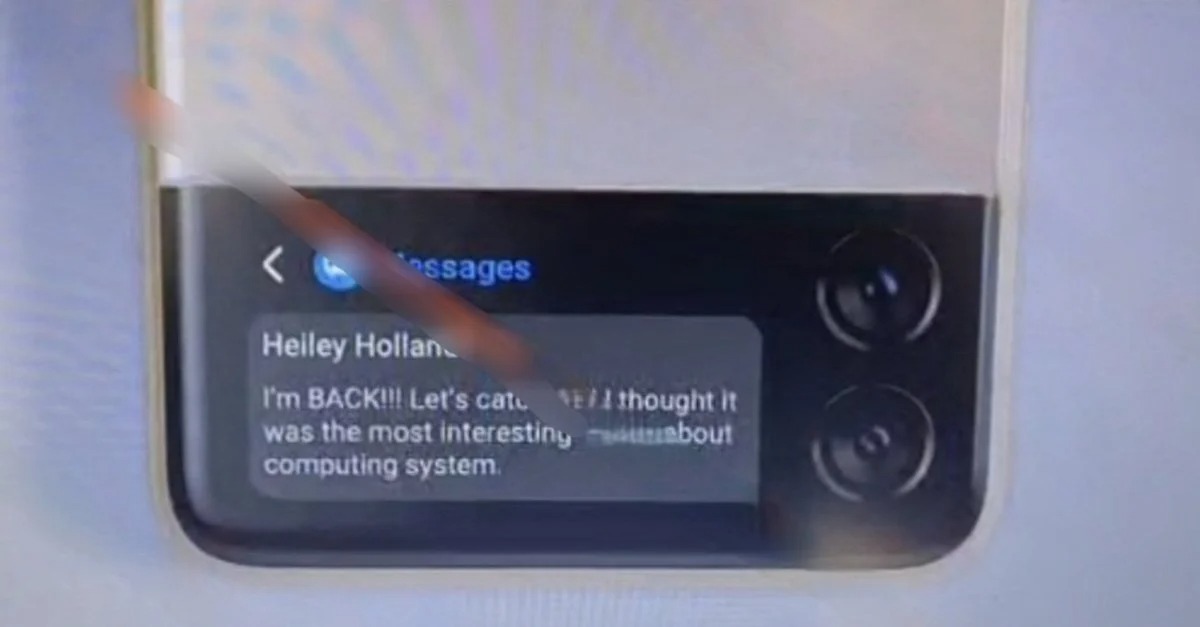 Further more, in some images courtesy of SamMobile, there are some close ups of that glass cutout on the Z Flip 3. It would appear as though Samsung is actually taking the feedback from its customer base to heart. This glass panel is an actual touch-screen display that can be used to view and read notifications, versus just seeing the time and notification icons for when the screen is closed.

Moving onto the Galaxy Z Fold 3, there are some confusing things going on with an image that was shared by @BuKarpiel. First of all, we get a better look at what the camera module will look like on the Z Fold 3. It comes as a bit of a surprise taking from the Galaxy S20 and a camera module that is separate from the frame, compared to the Galaxy S21 that blends in quite nicely with the frame of the device.

Official design of the back camera of the SAMSUNG FOLD 3 #leak #video #zfold3 #official There is Under Display Camera. @TheGalox_ @UniverseIce @MaxWinebach pic.twitter.com/dttFshfegN

It appears as though we’ll have three different colors to choose from here, with Green, Black, and Silver options coming. But if you look closely, it’s psossible that we’re looking at two different sized Z Fold 3 options. It could just be the perspective here, but if that were the case, it would explain the smaller sized cover display and batteries that were rumored. Additionally, if Samsung really wants to replace the Galaxy Note line with the Z Fold, then the best way to do it would be to offer different sizes.

Of course, this could be nothing more than the eyes playing tricks with a blurry leaked image. Nevertheless, thinking about the possibilities of two differently-sized Z Fold 3 options has us intrigued.