Google calls the bluff: The Pixel 5a is coming later this year to ‘select markets’

Earlier today, Jon Prosser shared a little tidbit of information regarding the Pixel 5a. It was really little, but Prosser shared that Google was canceling the Pixel 5a altogether, leaving us waiting until the Fall for a new Pixel device. This came after seeing leaks and rumors about the Pixel 5a, which was the planned successor to the Pixel 4a and 4a 5G. While the device itself wasn’t really going to be ground-breaking, it would have given folks a Pixel device to enjoy between now and when the Pixel 6 comes (potentially) this Fall.

We even saw other outlets receive confirmation from sources that the project was indeed canceled. However, shortly after the dominoes started to fall, Google provided an official statement to those same outlets – the Pixel 5a 5G is NOT canceled. Google provided the following statement:

“Pixel 5a 5G is not canceled. It will be available later this year in the US and Japan and announced in line with when last year’s a-series phone was introduced.”

The company did seem to confirm that there are some issues in the supply chain when it comes to acquiring the hardware components needed for a global launch. Instead, Google is scaling things back a bit, bringing the Pixel 5a 5G to only the US and Japan.

According to 9to5Google, it’s unlikely that the next Pixel device will be coming at Google I/O 2021, as previously expected. Instead, it could line up with a launch in August, similar to that of the Pixel 4a from last year. Additionally, there’s always a chance that Google could expand the availability of the 5a eventually, bringing it to more countries, however, it’s just too early in the pipeline for anyone to have an answer to that just yet. 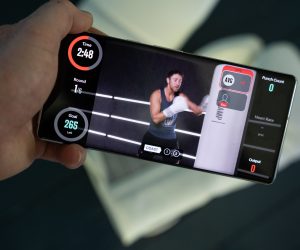