The show has arrived: OnePlus 9 and 9 Pro announced

After weeks of practically revealing everything about its two upcoming handsets, the official “veil” has finally been lifted on the OnePlus 9 and OnePlus 9 Pro. We’ve already seen these devices from just about every angle, and already know many of the key features that OnePlus plans to provide in an effort to combat the Galaxy S21 line for the rest of the year. At least until a OnePlus 9T is announced. 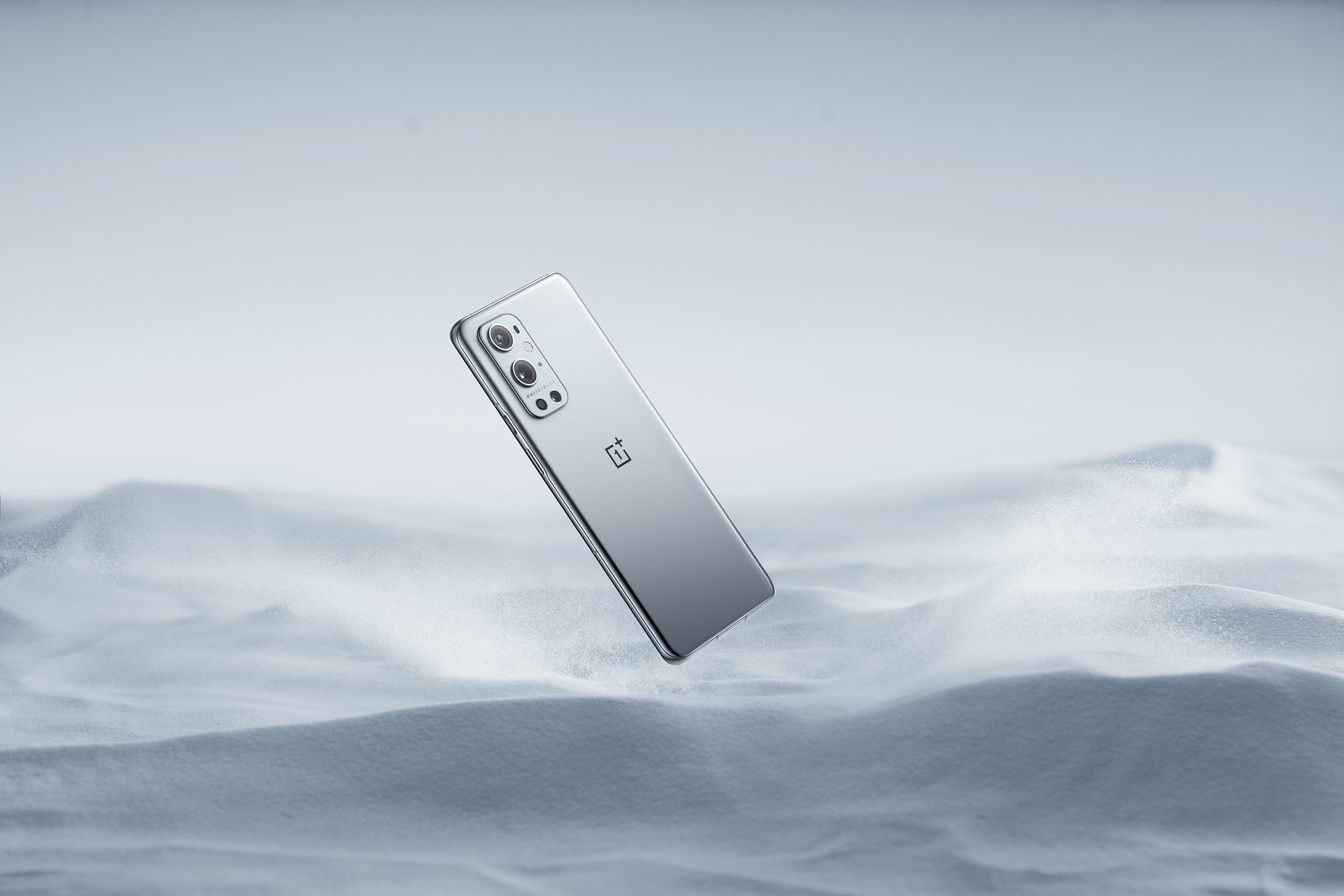 Before sharing all of the cool and new features that are arriving with the latest OnePlus handsets, its important to make note of two things. First, the OnePlus 9 Pro is the company’s flagship offering, which means that many of these new features are exclusive to that device. Second, both of these phone share a few features, including processing power, color options, camera features, and more.

Kicking things off is the thing that you’ll be using whenever you turn your OnePlus 9 Pro on – the display. Fluid Display 2.0 is here, bringing with it an LTPO display for faster touch response. The 9 Pro is capable of adjusting its refresh rate from 1Hz all the way up to 120Hz, while Hyper Touch provides up to 360Hz refresh times when playing certain games.

This new display has been rewarded with an A+ rating from DisplayMate, while coming in at a QHD+ resolution and being able to be cranked up to 1,300 nits of brightness. And while the OnePlus 9 continues to make use of a standard OLED display panel, it’s still capable of providing the 120Hz refresh rate that we’ve come to know and love. 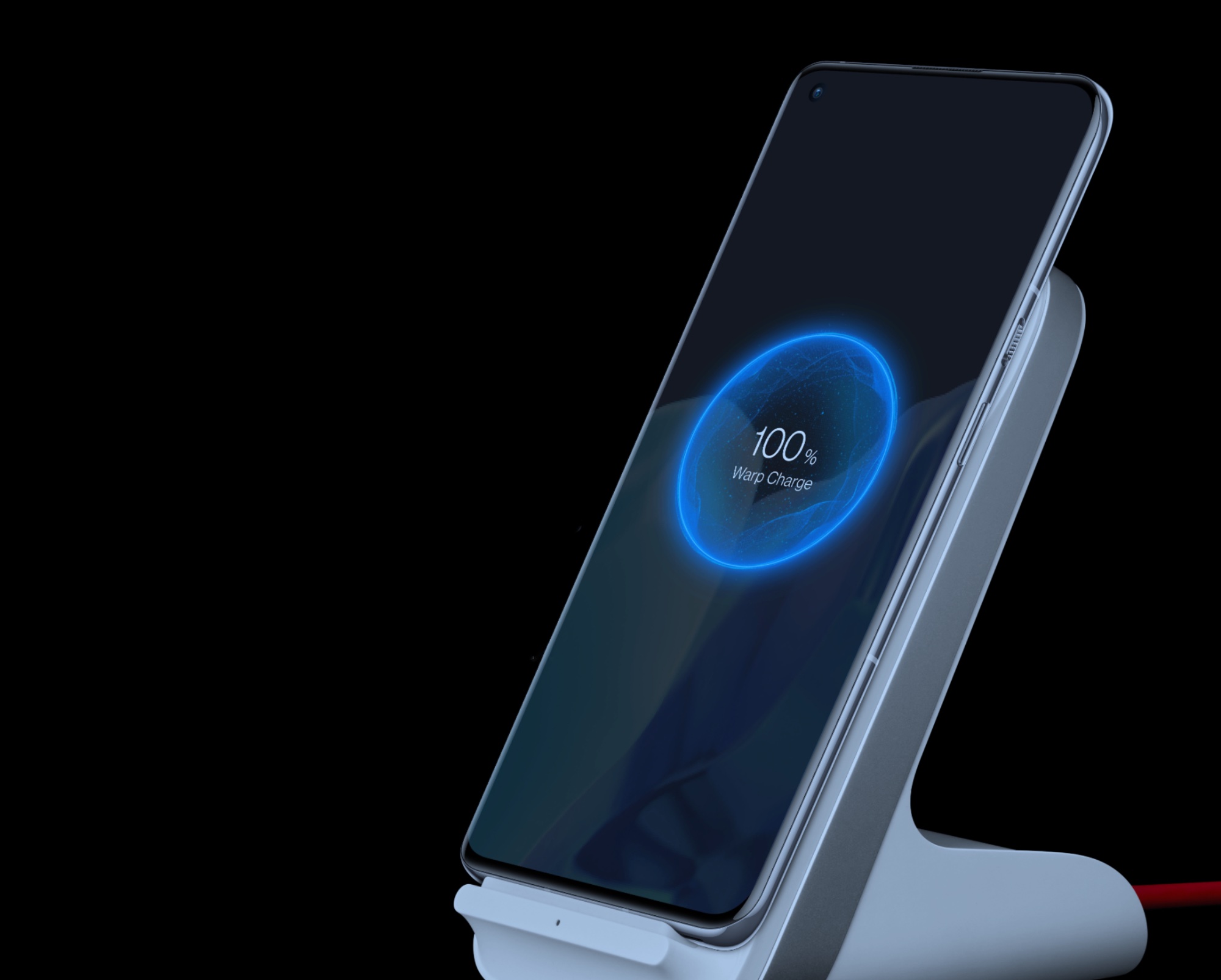 As you would expect, the real wireless charging prowess is available in the larger OnePlus 9 Pro. The device uses a custom 4,500mAh battery comprised of two different cells which aim to reduce heating while charging. There’s a new Warp Charge wireless charger coming, which will allow your 9 Pro to go from 1-100% in less than 45 minutes. This is achieved due to the two battery cells being charged at 25W speeds to reach the faster charging times.

Wired charging is no slouch with either of these devices, as both the 9 and 9 Pro can take advantage of Warp Charge 65T. This allows you to charge your phone from 1-100% in less than 30 minutes, so you can throw your phone on the charger, take a shower, and be ready to go for the day. And for those concerned about being left in the dark with a compatible charger, have no fear, as both devices include a Warp Charge 65T adapter in the box. 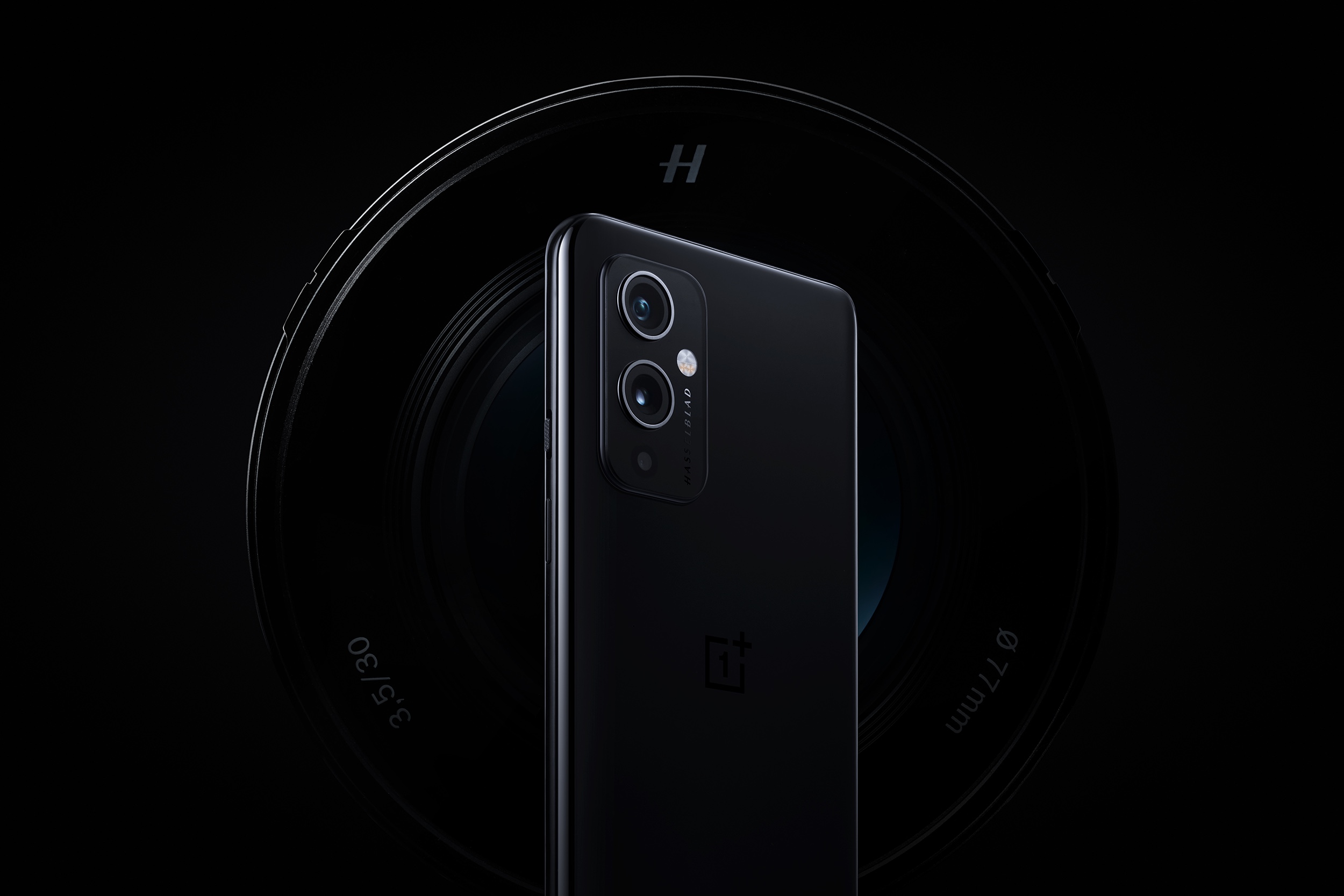 One of the biggest complaints with the OnePlus series of phones has been the inability to keep up with the likes of Samsung and Apple. While that may have been true at the launch of previous handsets, software tweaks and updates usually turn those cameras into formidable opponents, especially with the OnePlus 8 Pro.

This year, OnePlus is taking a completely different direction and moving forward with a full head of steam in an effort to provide a fantastic camera experience. The company has already announced its partnership with Hasselblad, and we are now beginning to see the fruits of the labor. 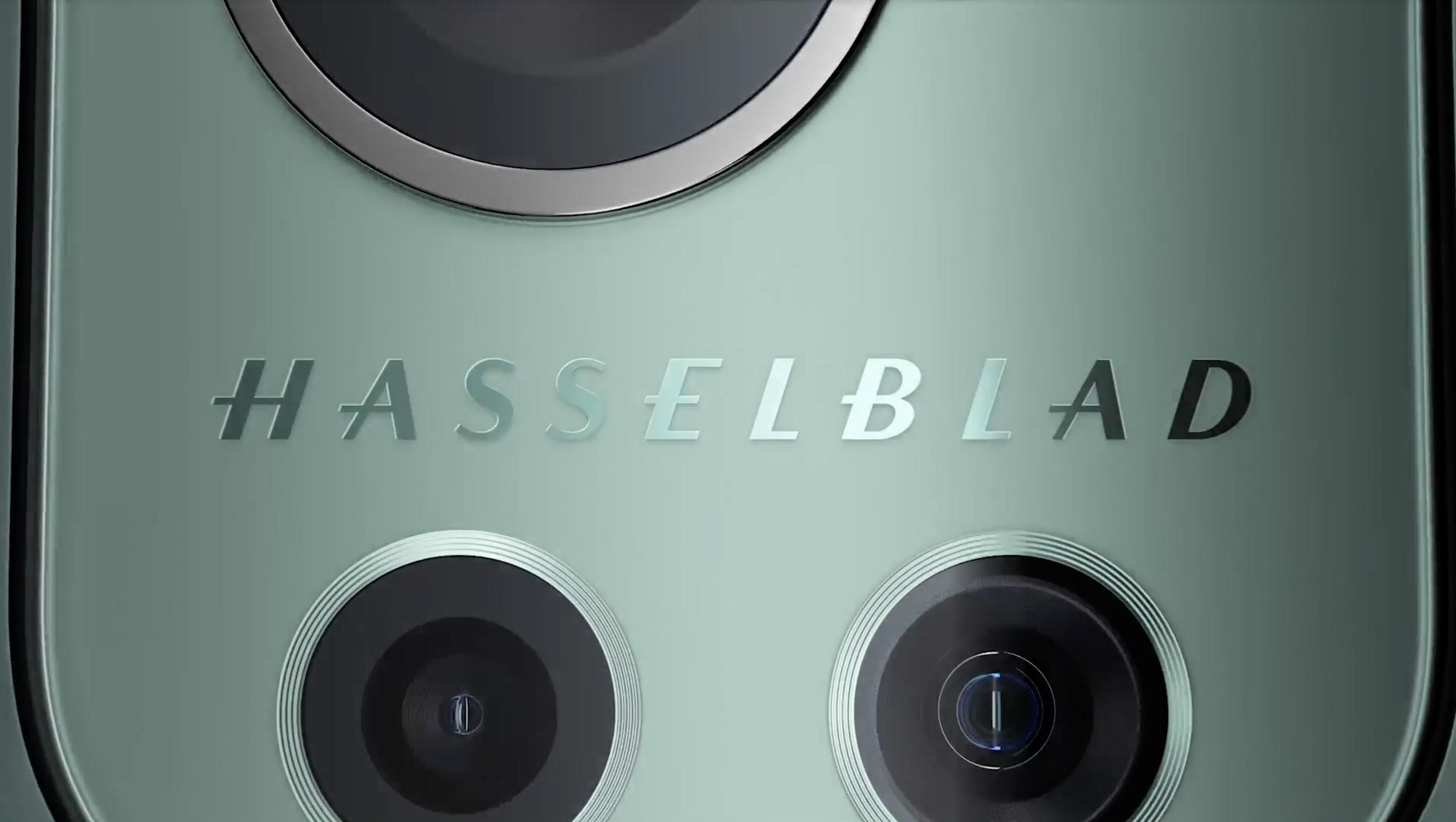 The OnePlus 9 series uses an all-new standard for color calibration, named ‘Natural Color Calibration with Hasselblad’. This was done in an effort to provide accurate and natural-looking photos taken with both the OnePlus 9 and 9 Pro. According to OnePlus, this calibration came after months of “thorough verification and fine-tuning by both teams”.

There’s even an all-new ‘Hasselblad Pro Mode’ when using the camera app on your OnePlus phone, which provides a redesigned interface. Since a lot of the magic with mobile photography is done with image processing, these devices use Hasselblad’s image processing software to provide an end result that you will be proud with from the first take. Additionally, you’ll be able to use your new OnePlus phone to take pictures in 12-bit RAW, which is not something that can be said for many other devices on the market. 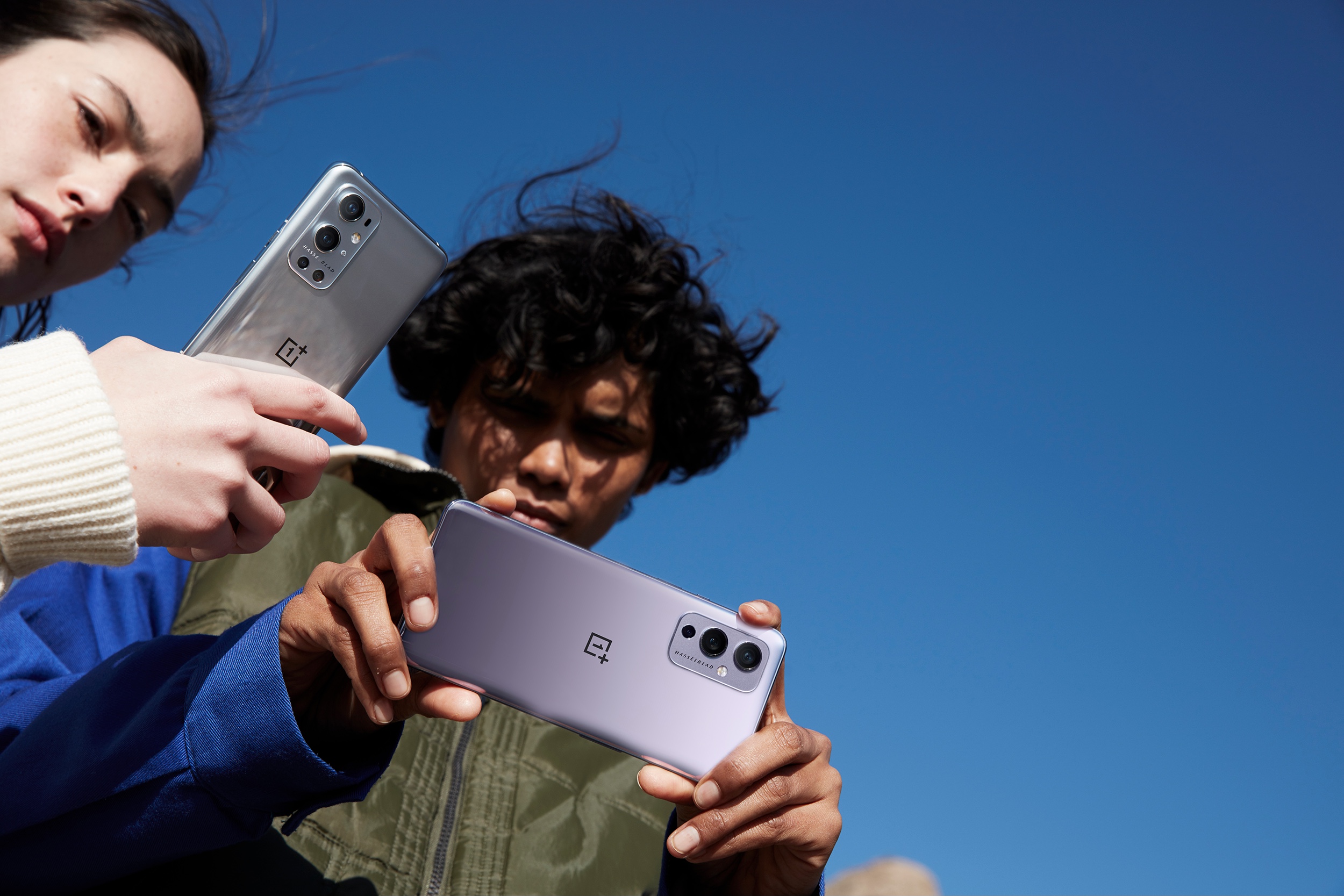 In a strange turn of events, you actually are not able to pre-order the new OnePlus 9 series of devices and accessories starting today. Instead, you’ll have to wait until March 26th if you want to jump on the early pre-order train. From there, it will be an additional few days before the OnePlus 9, 9 Pro, and Warp Charge 50 wireless charger are available for purchase, as those go on sale starting on April 2nd. 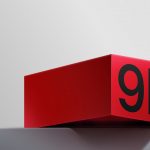 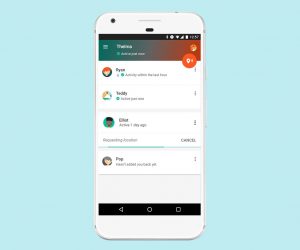 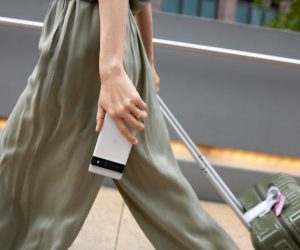