Security cameras are becoming quite popular these days as prices continue to fall and new features are added. Compared to what we had just a decade ago, home security cameras can do some amazing things. The Nooie Cam 360 is a good example of that and is the first indoor camera that I have ever owned. Priced at just $49, the Nooie Cam 360 offers quite a few features that you might not expect. I didn’t have any expectations when I got it but I have been pleasantly surprised with the performance of the camera. Unfortunately, you will need to download the Nooie Cam app to operate the cam. Unlike the actual device, the app needs a bit of work to deliver a reliable user experience. 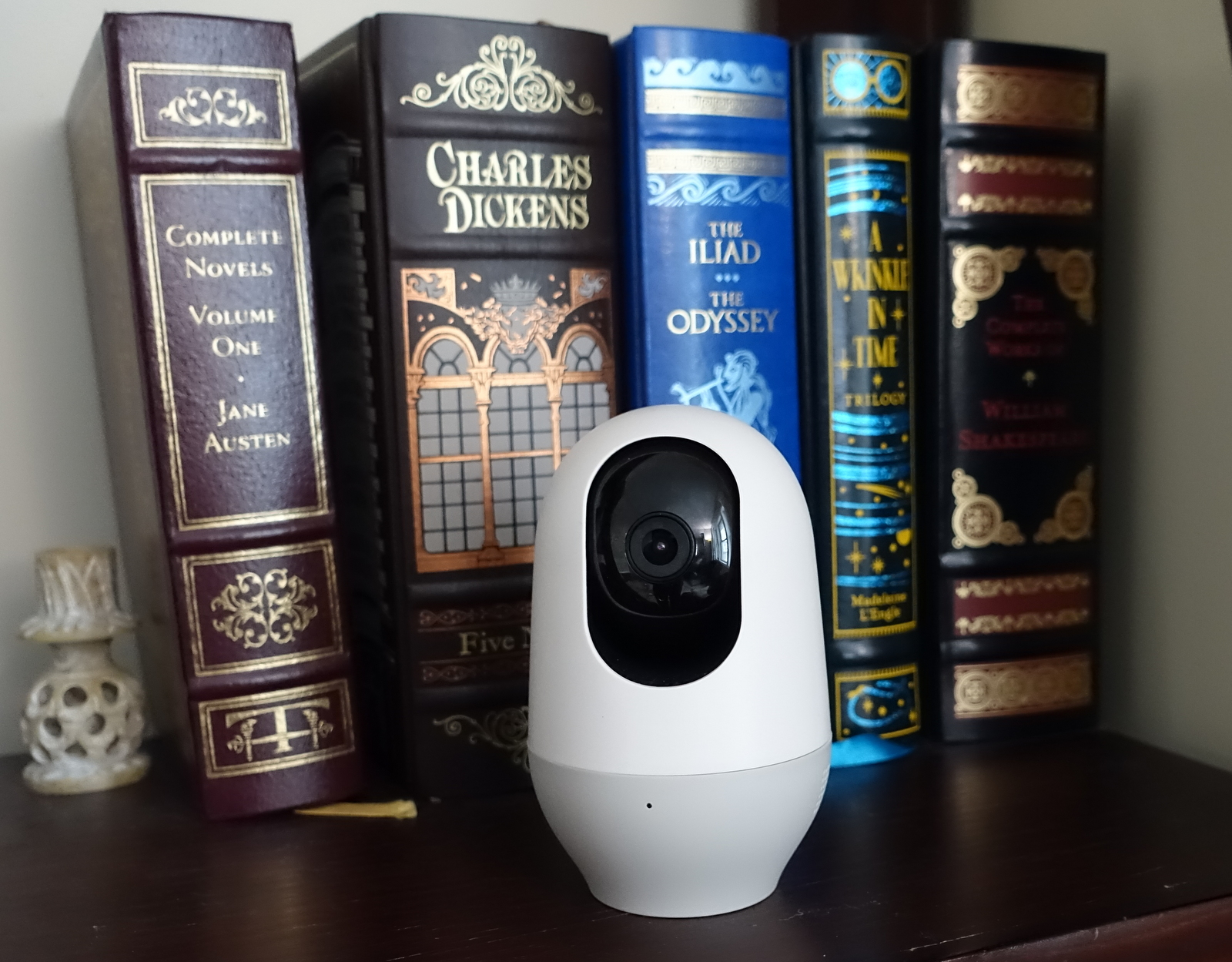 The design of the Nooie Cam 360 reminds me of a soft boiled egg on an egg cup. The bottom half is gray and has a small status light to indicate that the device is on. This same light is what you will also use when setting up the device for the first time. The top half of the cam is white with a black oval in the center that houses the actual camera. Although this camera does not provide one in the box, there’s a slot below the camera for a class 6 microSD card, from 4GG to 128GB.

The Nooie Cam 360 is a fairly small device with a dimension of 4.9 x 3.07 x 3.07 inches. It’s also very light since it only weighs 14.9 ounces. As long as there is an outlet close enough, the small stature makes it easy to place it almost anywhere. If you want, you can even mount it on a wall or ceiling.

The accessories that are included in the box include a power adapter, cable, wall mount, and screws. It was quite surprising to see that a power adapter was provided since it seems like most devices nowadays only include the cable. The wall mount and screws are nice to have but I will not be using them since this device will mostly sit on my entertainment stand. The Nooie Cam 360 was simple to set up, although I did run into an issue that was somewhat frustrating. To get started, you’ll need to download the Nooie Cam app from either Google Play or the Apple App Store and then follow the on-screen instructions to get the camera up and running. A very important thing to be aware of is that the cam will only work on a Wi-Fi network that is 2.4GHz and does not support 5GHz. If you’re like me, my iPhone was always set to 5GHz at home, forcing me to manually change it to 2.4GHz in order to make sure that the app would work correctly.

If you fail to do so, the only thing you’ll see on your app is a black screen when looking at the camera. After setting up your network, the app will provide you a QR code that you will need to hold in front of the Nooie Cam 360 to complete the setup. This part is what frustrated me the most, taking several minutes for the camera to finally recognize the QR code. 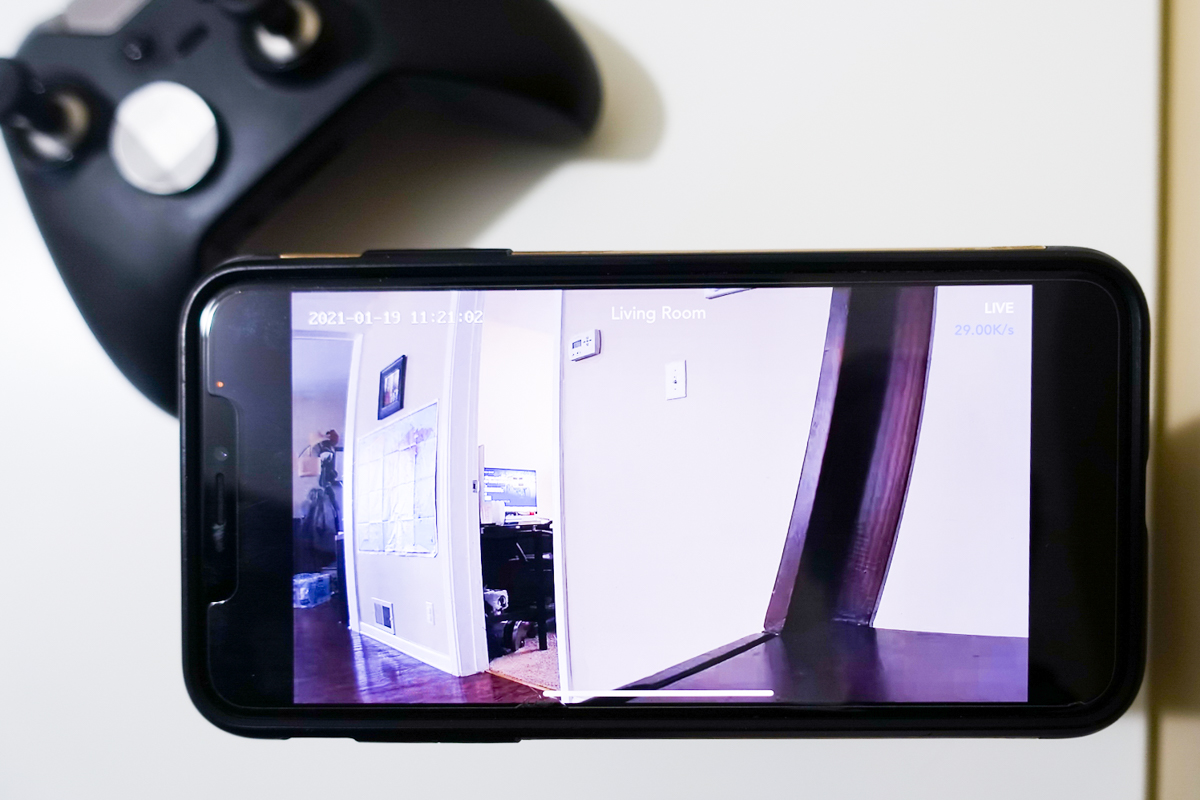 Even though I knew that the Nooie Cam 360 was 1080P HD, I was astonished to see the quality of the video images. The images are superb and I love that I can even zoom in. Just note that zooming in will be a digital crop, resulting in a degraded image the further you zoom in. Night vision is just as impressive.  Using two 940nm infrared LEDs that can illuminate up to 32 feet, the quality is incredible. Two years ago, we purchased a video baby monitor that was more expensive and had night vision as well.  Compared to the Cam 360, the video quality on that monitor is quite disappointing.

In addition to its 101-degrees field of view, the Nooie Cam 360 can rotate 355 degrees horizontally and 94 degrees vertically, giving you a 360-degree view of its surroundings. Through the app, you have full control of the camera’s pan, tilt, and zoom capabilities. Tilting was pretty responsive, but you’ll need to be a bit patient if you’re panning the camera since it feels a bit slower than it should be.

Like most other modern security cameras, the Nooie Cam 360 includes two-way audio, motion detection, motion tracking, and sound detection. All of these features can be toggled on and off depending on your needs. Both motion and sound detection can also be scheduled to be activated at a time of your choosing with adjustable sensitivity levels. The higher the sensitivity, the more notifications you will get through the app.

As great as this camera is, the Nooie Cam app is oftentimes the culprit for holding it back. There have been a few times when I opened the app and it took a long time for the camera to be available for viewing. I’ve also run into issues where I couldn’t change the settings. I even had the issue where I had to unplug the camera and when I plugged it back in, my app was only showing a pure black image. Resolving these issues usually involved just uninstalling and reinstalling the app. I have probably done this process 5-6 times within a single week. These issues mainly seem to occur on iOS with the Android app performing slightly better.

I really like this camera and it is a great value for its price. I love the many features that it has and the flexibility that you can use the camera for. With the Nooie 360 cam, I can see people using it as a security camera, baby monitor, nanny camera, or even as a pet camera.

The main drawback is the Nooie Cam app. A user’s experience will be greatly improved if Nooie can ever improve the quality of the app to match the video quality from the camera. Fortunately, these issues should be fixable by rolling out an update to the app, especially since I’ve seen slightly better performance on Android than on iOS. Just be aware that you may run into these same issues along the way. 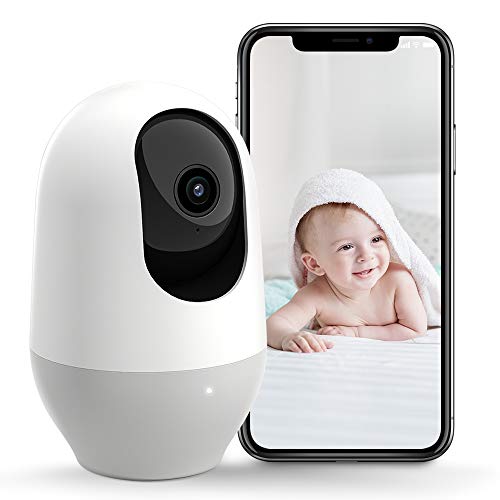 Nooie Cam 360
Automatically senses and tracks the action in your home in full 360°. Nooie Cam 360 has 101° field of view — rotates 355°
$49.99
Buy Now
local_offer    Nooie  Nooie Cam 360
This website uses cookies to improve your experience. We'll assume you're ok with this, but you can opt-out if you wish. Cookie settingsACCEPT
Privacy & Cookies Policy