Doogee S58 Pro Review: The rugged phone on a budget you’ve been looking for

While the majority of the smartphone market is primarily focused on creating a sleek and slim phone, there’s one problem that remains. The durability and ruggedness of these glass sandwiches is not the greatest, and there really aren’t too many options to choose from if you want a rugged phone.

Doogee has been quietly working on creating some great rugged options, including the likes of the Doogee S95 and S95 Pro. There was a lot to like about the S95, but the price point made it a high barrier of entry for some. That’s all changed now with the release of the Doogee S58 Pro. 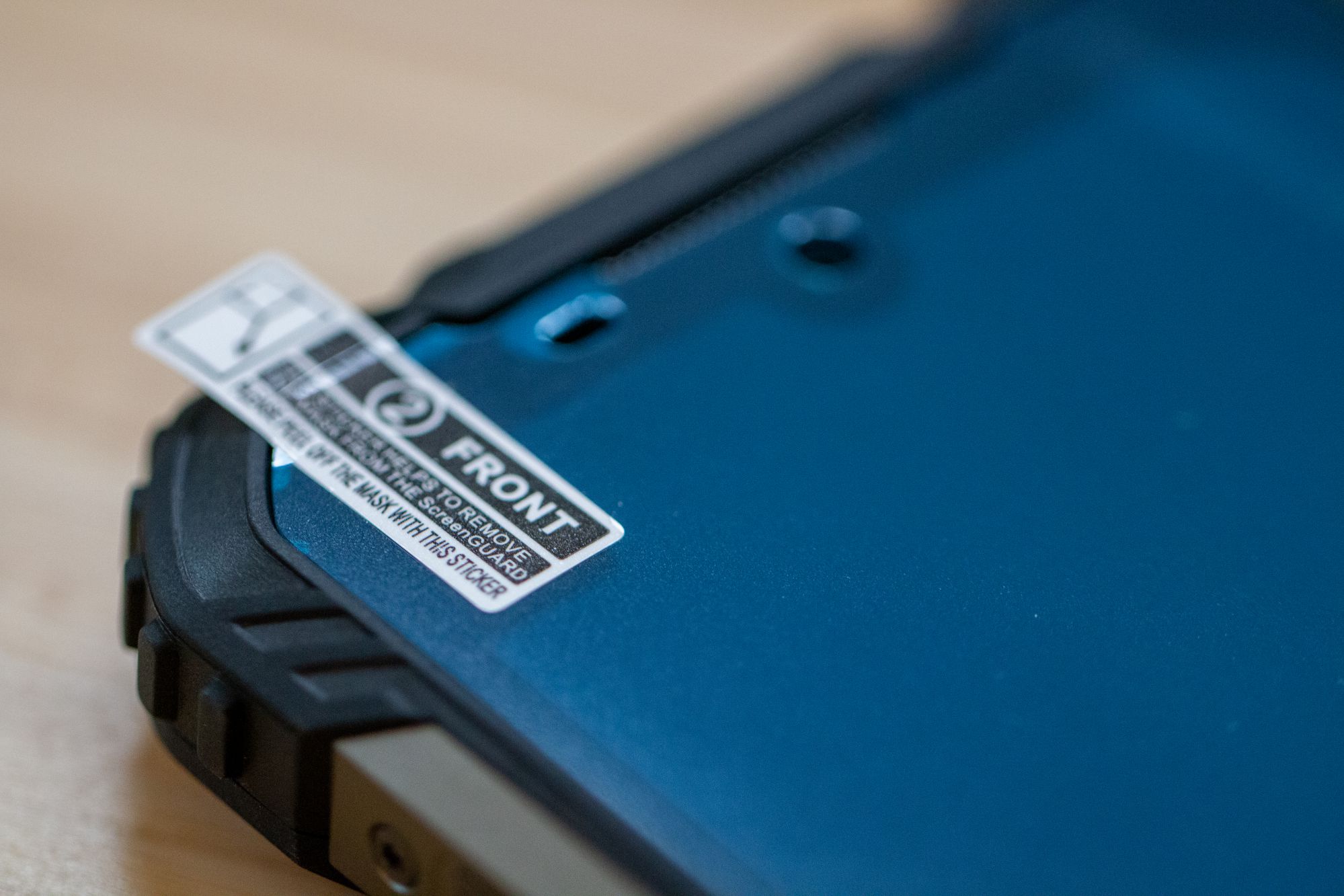 With a phone that’s primary feature is its ruggedness, it’s only natural to expect to see a rather unique design, and not one that is just metal and glass. With the S58 Pro, you’re going to find a combination of metal, plastic, rubber, and glass, around the entire phone. The display itself measures in at 5.71-inches and is made with Corning’s Gorilla Glass HD+ Waterdrop, which provides as much protection as possible, without sacrificing the quality of the display. Plus, Doogee includes a pre-installed film screen protector, along with a spare so you can avoid any accidental scratches.

Doogee advertises the S58 Pro as featuring “360-degree Four-corner Protection”, and that’s thanks to the material used on all four corners. Each corner is protected by high-strength rubber material, which includes a few different layers comprised of rubber and silicone material for the best shock absorption possible. 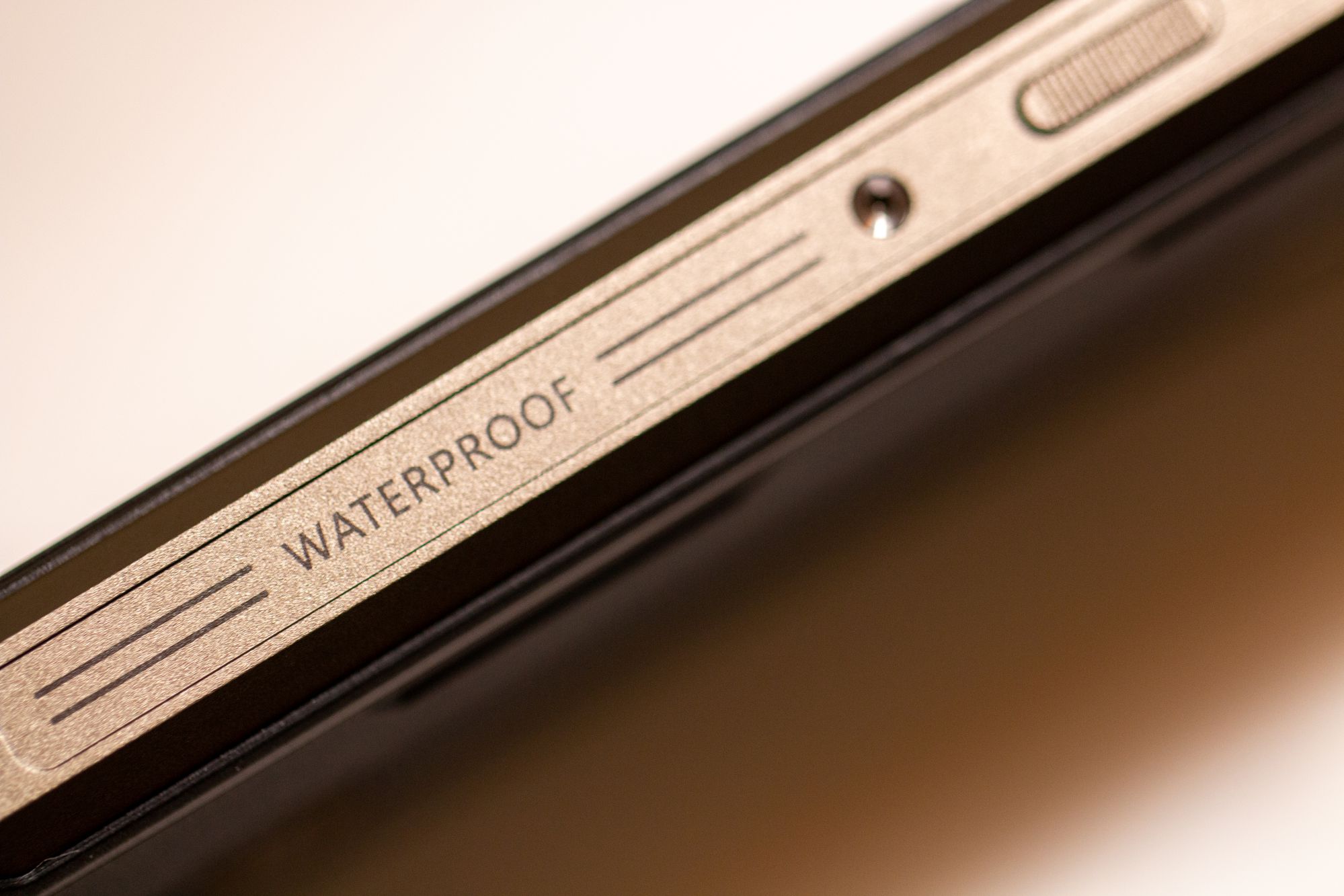 Moving to the frame, Doogee opted for an aluminum alloy, which adds just a little bit of grip due to the brushed finish. But this also means that you’ll find metallic buttons, and even some screws to show where the phone has been put together in the event that it ever needs to be repaired. Speaking of those metallic buttons, on the right side of the phone, you’ll find the standard power and volume buttons. But on the right side, there’s a slot for a microSD card, which you don’t need a tool to remove, along with an “SOS” button. This button can be used to perform a series of six pre-determined shortcuts or can be customized to open your favorite app with ease.

When it comes to water resistance, the biggest concern is getting water inside the charging port at the bottom. Doogee does well to combat the concerns with its foldable flap that covers the USB-C charging port, so you can just fold the flap back over once you’re done charging. 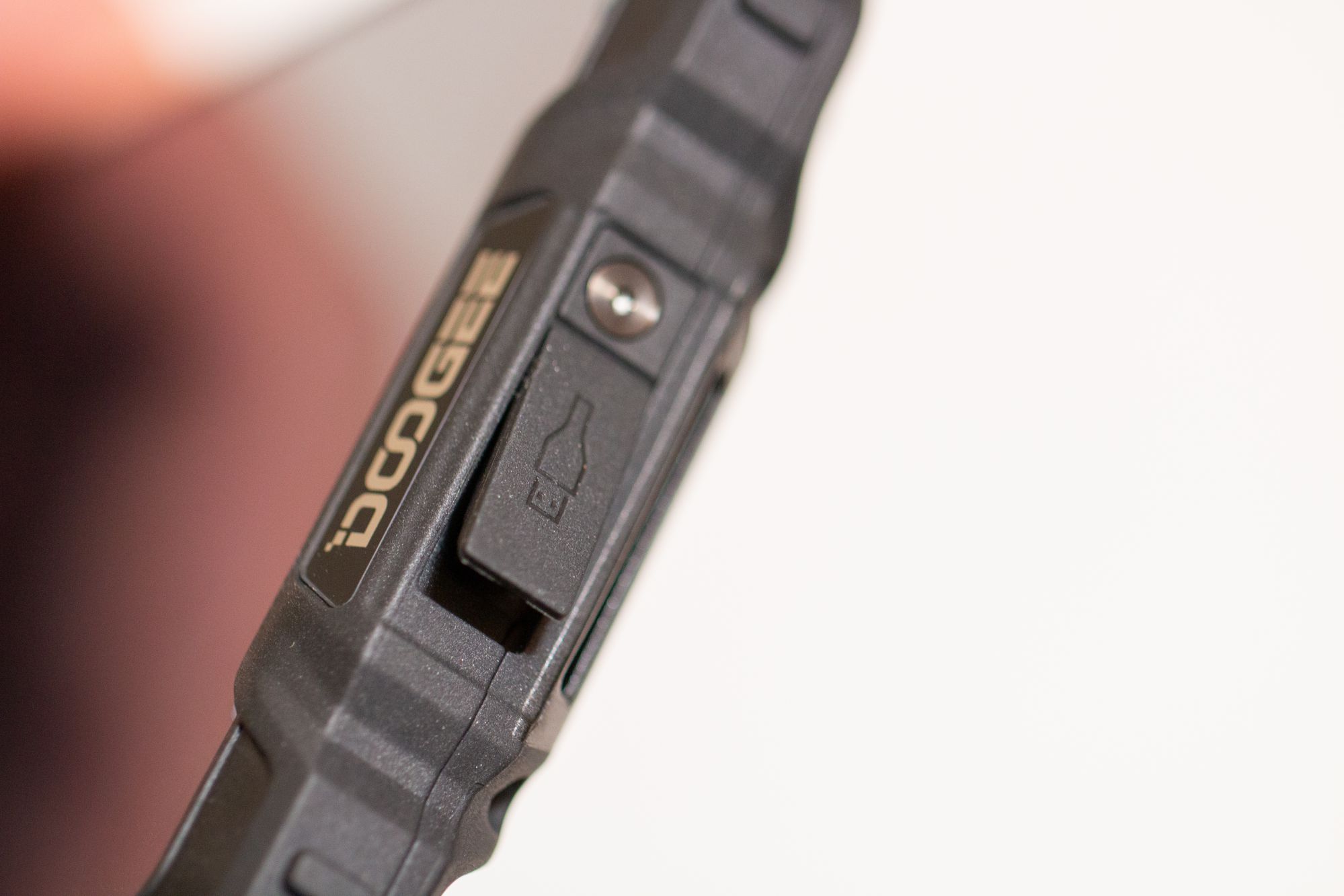 The phone offers IP68/69K certification and MIL-STD810G with the ability to survive for up to 24 hours (at a depth of 3-feet) underwater and the exterior casing is built to withstand repeated drops of up to five feet. Operating temperatures for the device range from -67 to 158 degrees Fahrenheit and dust, shock, and vibration resistant.

On the back of the phone, you’ll find the triple camera setup, complete with a 16MP primary shooter, a 2MP portrait lens, and a 2MP macro lens. This camera array is flanked by the rear-mounted flash, along with a microphone. Below the camera is the rear-mounted fingerprint scanner, which is surprisingly better than you may expect. 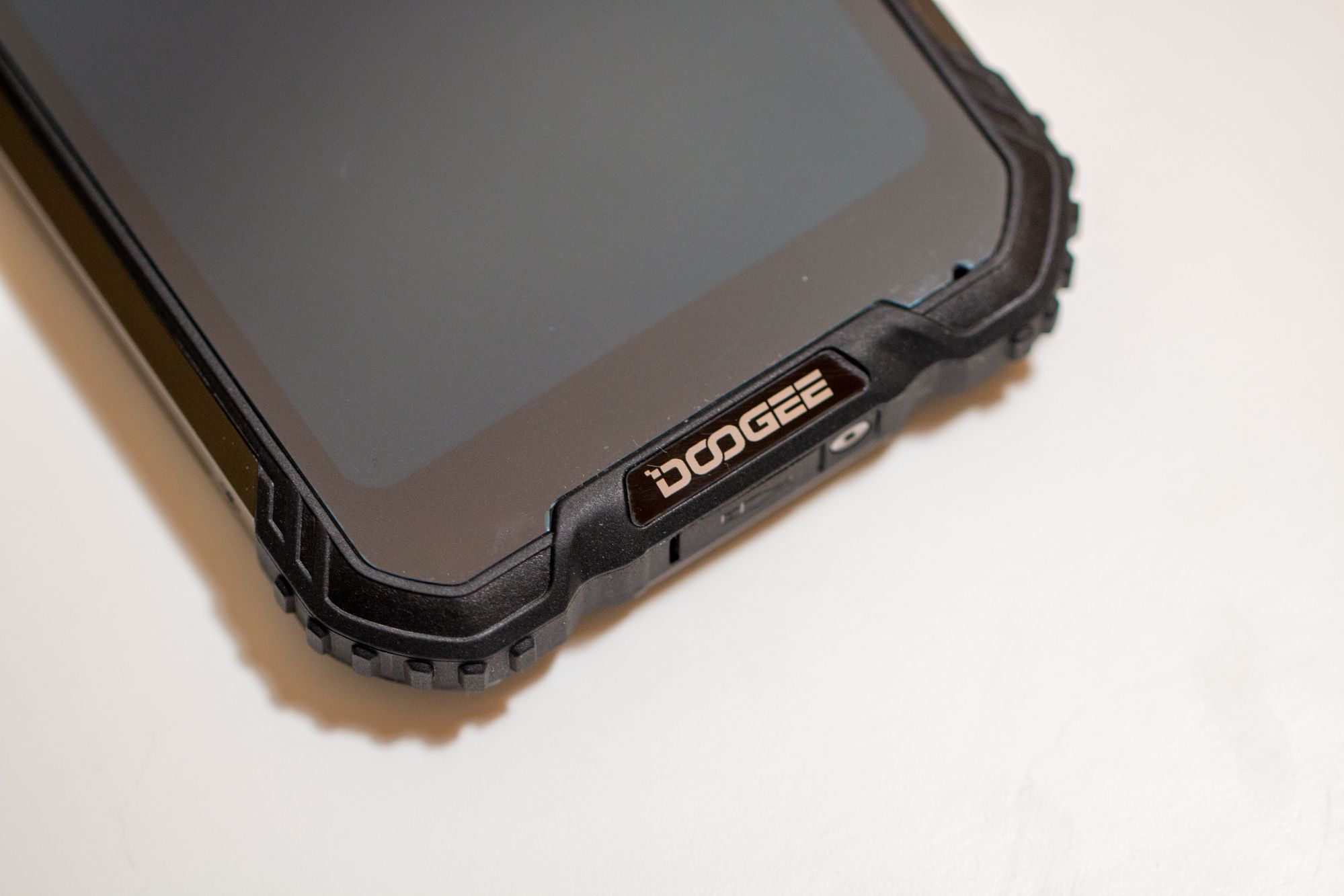 When it comes to a phone that is not only priced at less than $200, but is also designed to be rugged and not one of the fastest phones on the market, you have to temper your expectations. No, the Doogee S58 Pro is not going to win any performance awards, and it’s probably not the best phone to use if you have plans to play some Call of Duty Mobile or PUBG.

Where the S58 Pro excels is that you aren’t sacrificing all that much, as the Helio P22 chipset is more than powerful enough to handle your daily tasks. Sure, you can do some light gaming, but again, it’s important to set your expectations going into it and try to not play some of the most demanding mobile games available on the Play Store.

There is one disappointing facet of the S58 Pro and it has everything to do with the display. We understand that you don’t need the latest and greatest display with a fast refresh rate, especially with a phone like the S58 Pro. However, at a resolution of just 1520 x 720, this feels like a downgrade from even other similarly-priced handsets. The combination of the HD resolution and big screen means that you may come across times where the pixels are visible, and that’s not a pleasant experience for anyone.

In addition to the ultra-rugged design, and the fact that your phone can be submerged for up to 24 hours (in 3-feet or less of water), the next big feature of the S58 Pro is the battery. Doogee packed a massive 5,180mAh cell into the S58 Pro, which is just amazing, even by today’s standards.

Throughout our testing, the S58 Pro would consistently last up to a day and a half, with one period of time of almost two full days before it ran out of juice. That’s the kind of performance you would expect from a phone that is for the rugged user who doesn’t want to have to charge their phones every night or on a more frequent basis. 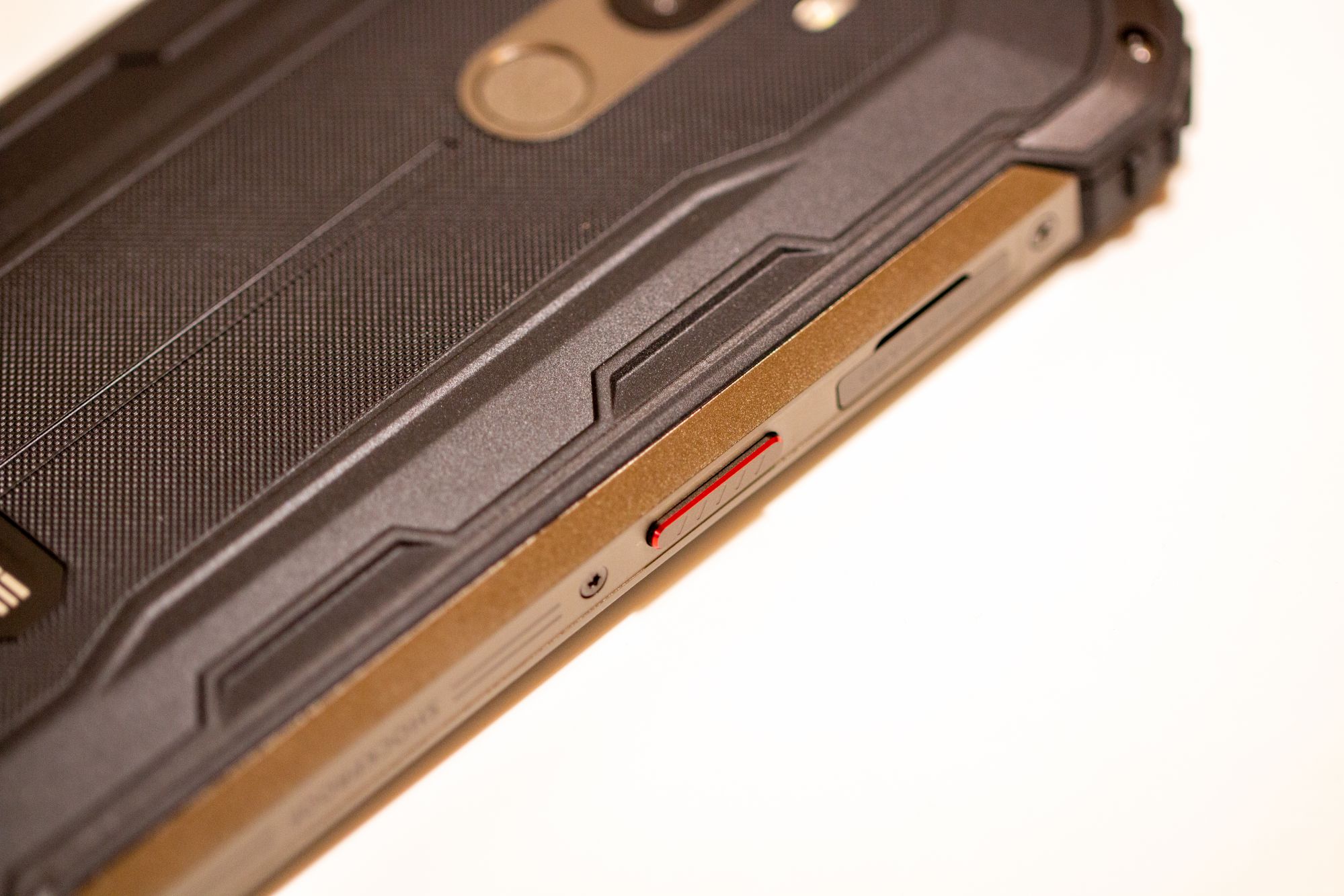 Doogee surprisingly did pretty well when it comes to additional features, outside of all of the rugged ratings and built-in protection. The SOS button is a pretty nifty addition, especially considering that you can customize which app it will open. And the outdoorsmen/women out there will enjoy the array of tools available in its SOS mode. These include the following:

Again, this isn’t the first phone to do something like this, and it won’t be the last, but it’s a welcome addition nonetheless. It also seems that Doogee is catching on to the popularity of the fingerprint scanner, and has included one of the fastest ones we’ve tested. It’s not as fast as Pixel Imprint, or the scanner found on the iPhone SE (2020), but it’s much faster than scanners that we’ve tested on other devices. Plus, you don’t have to worry about the awkward and often-unreliable ultrasonic fingerprint scanner that seems to be taking over the world.

Doogee selected a specific market, and released a phone that hits many of the checkboxes for those searching for a specific type of phone. If you’re looking for a budget smartphone that is also rugged and has a few extra features that could or could not be used, then the Doogee S58 Pro is one of the best.

You won’t be able to do much in the ways of gaming, but you’ll still be able to play some of those less-graphic intensive games with ease. The camera system is just okay, but you should probably just stick to using the main 16MP sensor instead of the secondary or tertiary 2MP lenses.

The Doogee S58 Pro is an example of how to you can get things right when you target a specific market and deliver on your promises. It’s a great budget phone that has some of the best protection we’ve seen, and is well worth your consideration if you want a rugged phone that doesn’t break the bank.