Google TV boxes are becoming quite common these days, despite nearly all modern TVs shipping with a Smart TV interface. The Stream TV from Verizon is one of the newest devices to hit the market, giving us a slightly tweaked experience than what we’re typically used to from other Google TV devices currently available.

The new Stream TV isn’t the first streaming media box we’ve seen from Verizon. Last year’s model was shaped a little differently, but it was still a nondescript black box with Android TV, intended to hide somewhere inside your media console or behind your TV. The size of this year’s Stream TV is a bit smaller, allowing you to mount it to the back of your TV with a few command strips. The device is powered via a USB-A to UBS-C cable (included in the box) which means most people will be able to use one of their free USB ports o the back of the TV rather than a power outlet from their power strip. 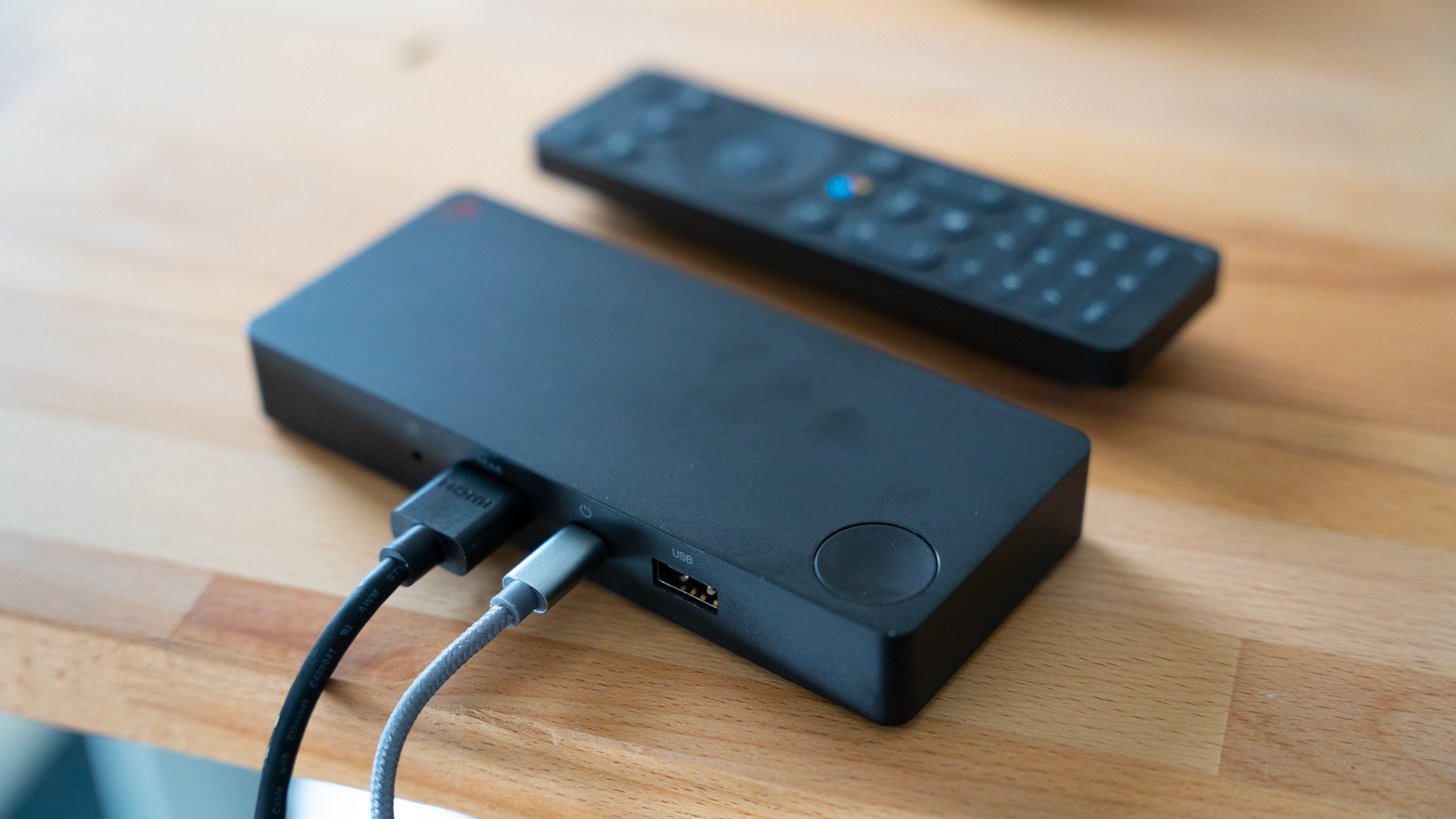 The setup process is nearly identical to all other Android TV boxes, but since this is a Verizon product, there’s an extra step to log into your Verizon account. The reason for this is to allow users to bill any Play Store purchases or subscriptions to their Verizon account. I’m not sure why anyone would choose to do this, but it’s an option nonetheless.

The Android TV UI has also been given a Verizon makeover. The main functionality with Android TV is still intact, but users will find an extra top-level UI with the Verizon logo featured permanently in the top left with navigation options below it for Search, Apps, Home, Explore, Settings and Notifications. 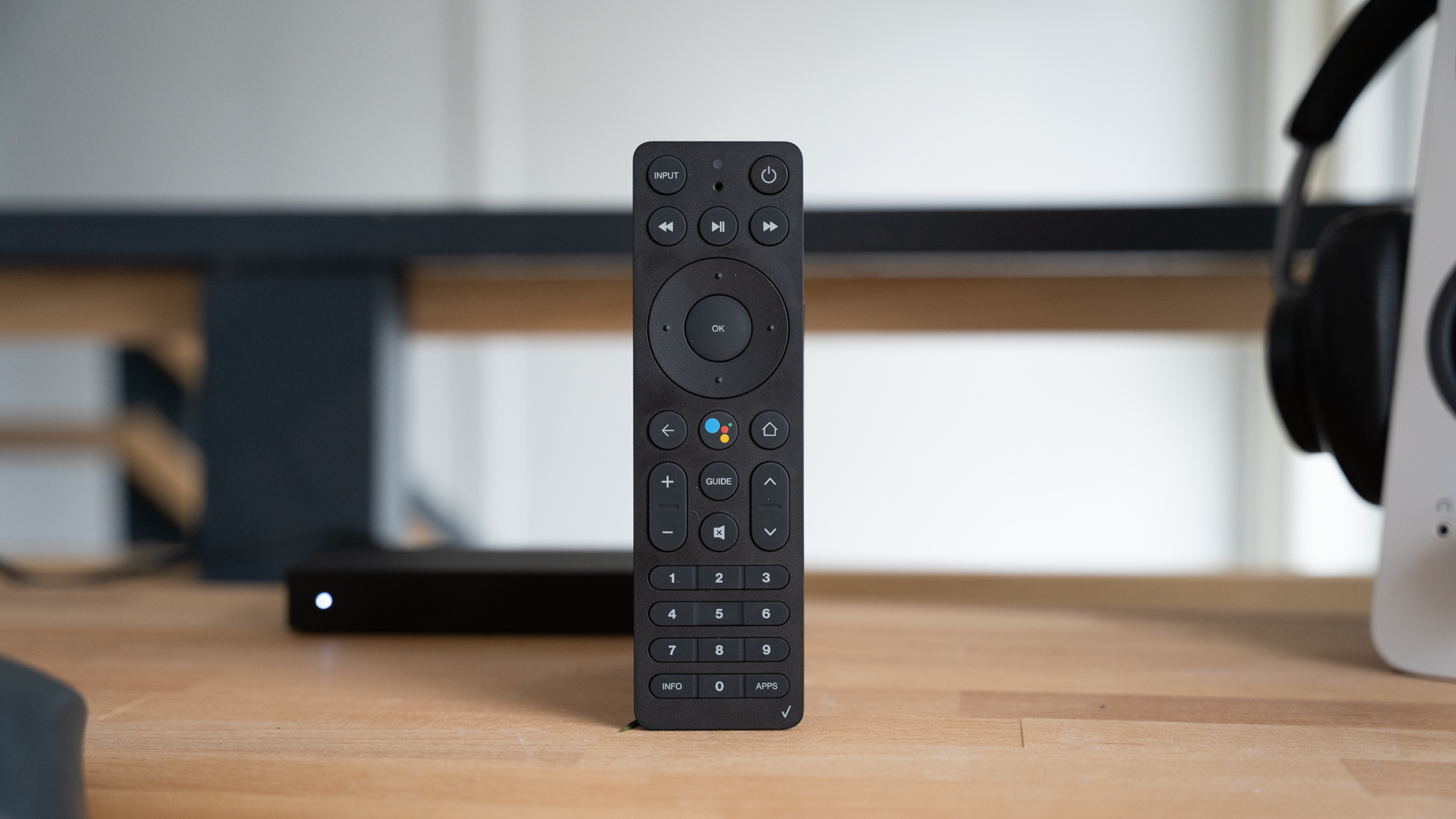 This change wouldn’t be so bad if you had to tap left on the remote from the home screen for it to appear, but Verizon forces you to this top-level navigation every time you exit and app or show using the Home button on the remote, forcing you to tap right on the remove to enter the Home dashboard and scroll to other apps or content. The same happens when you press the Guide and Apps buttons on the remote. The Stream TV will exit the apps you’re using and throw you onto the top-level navigation for with the Explore or Apps sections highlighted, but you’ll still need to click over to them to navigate the content.

If you can get over the Stream TV’s odd UI quirk, the device is actually pretty good. The interface is snappy, responding immediately to put from the remote. The 2GB of RAM and 8GB of internal storage is in line with most other Android TV boxes, but it’s just enough to hold a few apps in memory so that you won’t be waiting for Netflix or YouTube to load every time you switch between them. 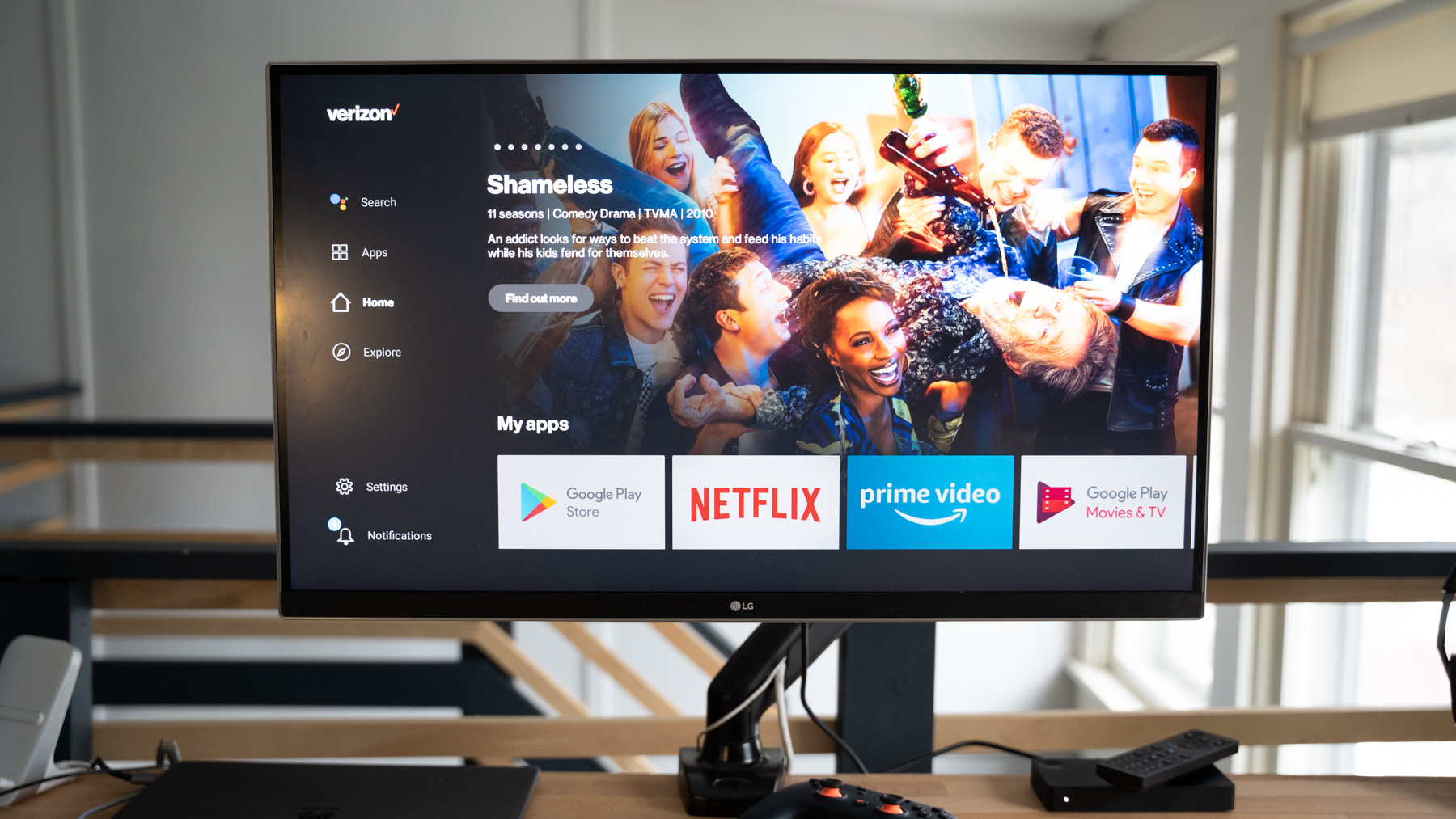 In using Stream TV in my office for two weeks, I never had any issues. TV shows and movies streamed through Netflix, Displey+ and Hulu look fantastic on my 4K monitor, as does content from YouTube. If you want, you can even download a half dozen games onto the Stream TV box and play them with a compatible Bluetooth controller. It’s not the best experience in the world, but it’s definitely enjoyable if you don’t own a gaming console.

My only real issue with Verizon’s Stream TV is its price. Stream TV sells for $70, but it’s also being offered to Verizon customers for free when signing up for Verizon’s home internet plans. While $70 isn’t expensive at all, the new Chromecast with Google TV is $20 cheaper, smaller and offers a better overall user experience. If you’re signing up for a new plan with Verizon, a free Stream TV is definitely nice to have, but you might want to take a look at Chromecast with Google TV  or other streaming devices before spending your money. 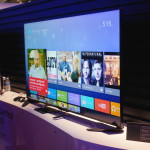