Social media is taking over this world slowly. It is not meant to sound like a plot from a Terminator spinoff. Instead, social media has gradually become an integral part of our lives. The pros and cons of that have been debated for a long time now. If used correctly, it can be the best tool for a person’s success. Social media has a big scope of success in different fields. It is used by many to get famous, promote their businesses, and building up a community. Other than that even, social media is a great way of making friends and connecting with people with similar interests from all over the world. Here are the top 5 social media platforms of today.

Facebook has pretty much a monopoly over the whole social media scenario. Popular social media apps like Instagram and Whatsapp are now subsidiaries of Facebook which pretty much proves the fact. Facebook was founded in 2004 by Mark Zuckerberg and it is the oldest active social media platform today. Facebook is a networking platform where you can share your thoughts or your content and consume the same from others including your friends, family, or people you admire. You can connect with people through groups and pages or video/voice call them through FB’s messenger. You can even buy Facebook likes on your posts and get the desired engagement.

Facebook has over 2.45 billion monthly active users and thus it is the biggest social media platform today.

Instagram is a photo and video sharing platform that was launched in 2010. Instagram is the most favored platform by celebrities and popular figures as it is easy to manage. Building a fanbase on Instagram is the easiest way towards fame and you can even buy the desired number of Instagram followers and grow your account simultaneously. The basic things you can do on Instagram is post photos, videos, or put them on stories for a temporary period. You can also post polls and ask for opinions from your followers. Accounts on Insta can be private or public. Following private accounts needs the permission of the account user. Today, Instagram has a total of 1 billion monthly active users.

Twitter is a more professional side of social media. It is mostly used popular figures from all fields to stay connected with their fans. It includes movie stars, singers, authors, athletes, internet influencers, YouTubers, and pretty much everyone with a fanbase. On Twitter, you can make word-limited tweets that people can share or “retweet”. Twitter is the best way of trying to connect with people you look up to. You can tweet at your favorite figure and just hope they give you a like, a retweet, or maybe even a Direct Message.

YouTube is the best social media platform for entertainment and making a living. YouTube was started in 2005 by three former PayPal employees. The next year, Google bought it from them for $1.65 billion.

YouTube has made countless stars since its inception. People went from small creators to worldwide popular figures. Felix Kjellberg, better known as PewDiePie, is the perfect example of how YouTube can launch you into stardom. PewDiePie started with nothing and today he is the most subscribed individual YouTuber.

YouTube is also a favorite platform for entertainment as there are countless videos on YouTube ranging from music videos to cooking tutorials and the best thing is that you can earn from YouTube just with the help of views on your videos and growing your YouTube views and subscribers count is quite easy.

Snapchat is a platform that is used on a more personal level. People add each other om Snapchat with the help of their usernames. Once connected, you can text each other and send disposable “snaps” that disappear after a while. Snapchat takes care of privacy by notifying the users whenever a screenshot is taken. Snapchat also has a story feature where you can post pictures or videos temporarily. Snapchat is also very popular because of its amazing filters. Snapchat has almost 250 million active users.

These are the 5 most popular social media platforms today. There are many ways these ways can be used for personal benefits. But it is important to use the gift of social media the right way. What goes on the internet, stays on the internet. Your actions of today can have consequences later and that’s what you have to keep in mind. Maintain a positive environment and keep the toxicity away. 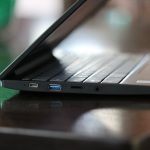 LumaFusion is Now Available on the Play Store