Okay, so before we get started on this bad boy, let’s set the scene. I’m an avid smartphone user, but have preferred iOS over Android due to a few key applications that help keep my life organized. But for the last few years, the iPhone design has become stale, outside of shiny (or matte) new colors and a bigger camera hump. Nonetheless, I had my trusty iPhone 11 Pro at my side, (im)patiently awaiting the launch of the iPhone 12 Pro Max. I had already decided that’s what I was going upgrade to, despite not actually seeing it outside of the plethora of leaks.

Apple (along with Google) had to push back the timeline of its device launches, meaning that I was now looking at November before getting my hands on the new iPhone. Throughout the past year (and the last few years), I’ve always carried two devices with my iPhone 11 Pro as my iOS device and whatever Android phone I felt like using. This was usually the Pixel 4, but it had been relegated to desk duty due to the piss-poor battery life.

Fast forward to a few weeks ago, and we saw the launch of the Samsung Galaxy Z Fold 2 here in the States. I had gone back and forth with Nick about buying his Galaxy Z Flip, but ultimately decided against it because, I had just moved into a new apartment. One day, I happened to be browsing the Best Buy website, as I normally do when I’m bored, and saw that the Z Fold 2 was in stock. Intrigued, I decided to watch countless videos about this new and flashy device in an effort to determine whether it was time to use my upgrade on the phone of the future. 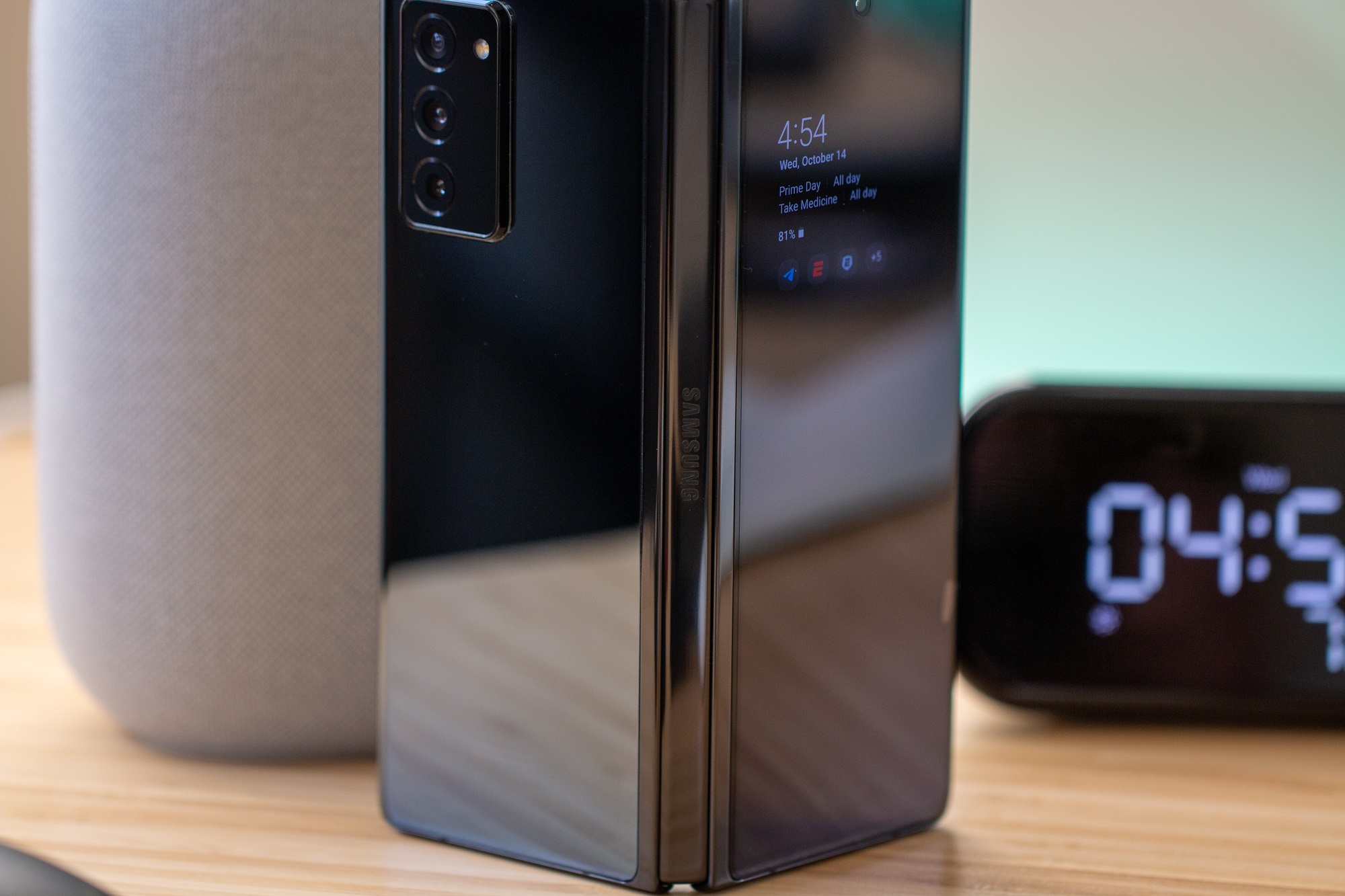 See, I was not able to get my mitts on the original Galaxy Z Fold, but it was an interesting concept. Then we saw the Galaxy Z Flip, and Moto RAZR, and concept foldables. There’s a clear shift in the paradigm of what some smartphones will be able to provide for years to come, and it’s not a slab of glass anymore. It’s all about versatility and of course that means a foldable display.

After hemming and hawing for awhile, I finally pulled the trigger, walked into Best Buy and used my upgrade to get the new Z Fold 2. Two weeks later, and I have formulated a few thoughts about this device as I’m now “stuck” with it since I’m outside of the return window. 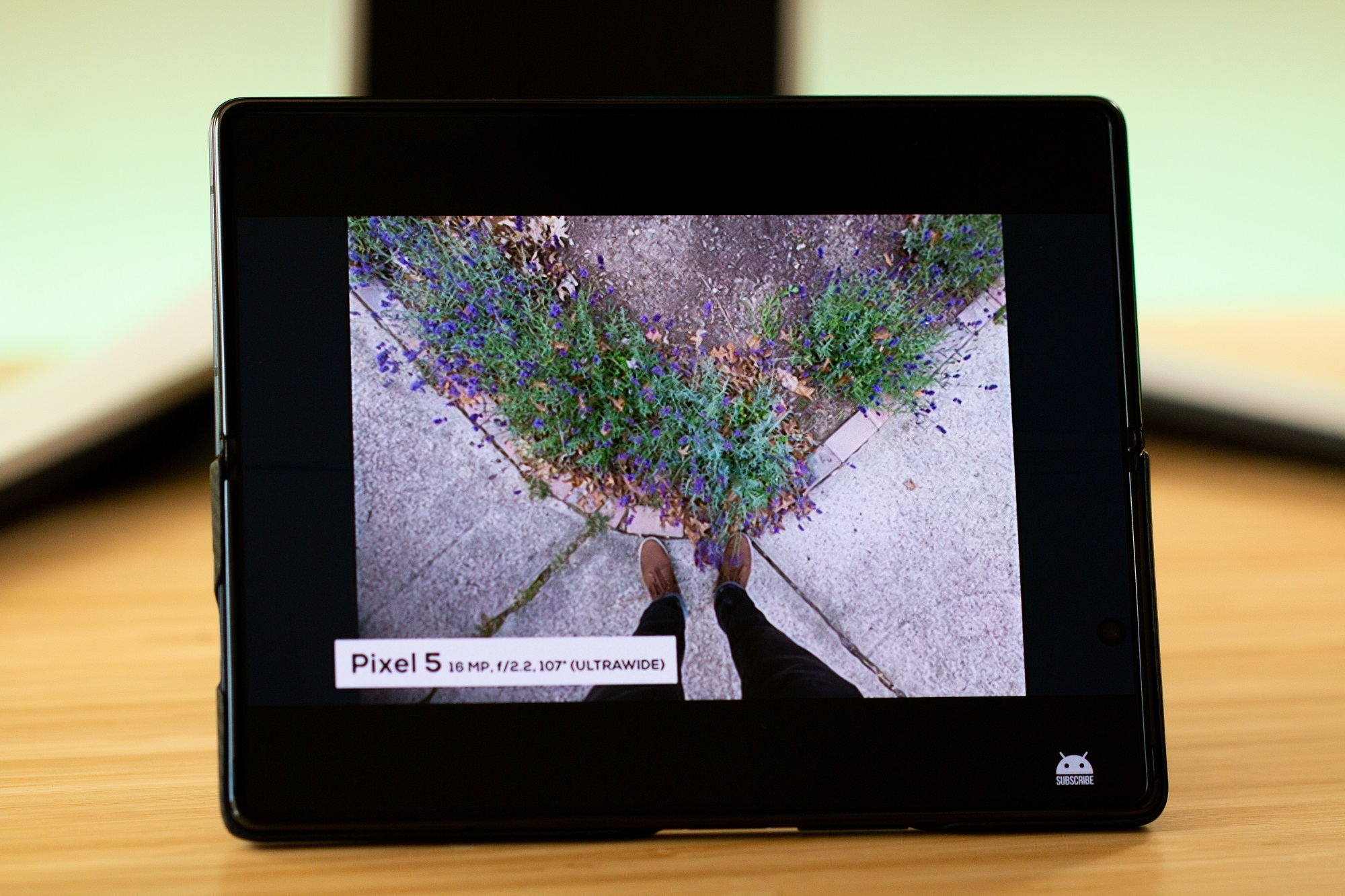 Kellen and Tim over at Droid Life had some interesting things to say about the Z Fold 2, which helped to influence my decision. Kellen described it as the perfect couch device, and that resonated with me on many levels. After spending 10+ hours a day at my desk in my office, sometimes I want to sit on the couch, but don’t just want to sit and look at the slab of glass that I normally do. Sure, I could bring my laptop or iPad Pro over, but those are too big for just lounging. The Z Fold 2 had the potential to be the perfect couch device, and man oh man is it.

I love sitting on the couch with the Z Fold 2, using the outer screen to endlessly scroll through Twitter or Reddit, respond to a few messages, and then go back to scrolling forever. Truth be told, as someone with fat fingers, using the outer display is cumbersome at times, but that’s the beauty of the Z Fold 2. I can just unfold it when I want to reply to an email, or watch a YouTube video. Or even better, play some Call of Duty Mobile.

Before now, I have not been a big mobile gamer, outside of some Madden or whatever games are on the top of the Play Store charts that week. But playing Call of Duty on this sweet near-seven-inch display has been a dream. Add in the fact that the Z Fold 2 also features a refresh rate of 120Hz, and it’s almost perfect. 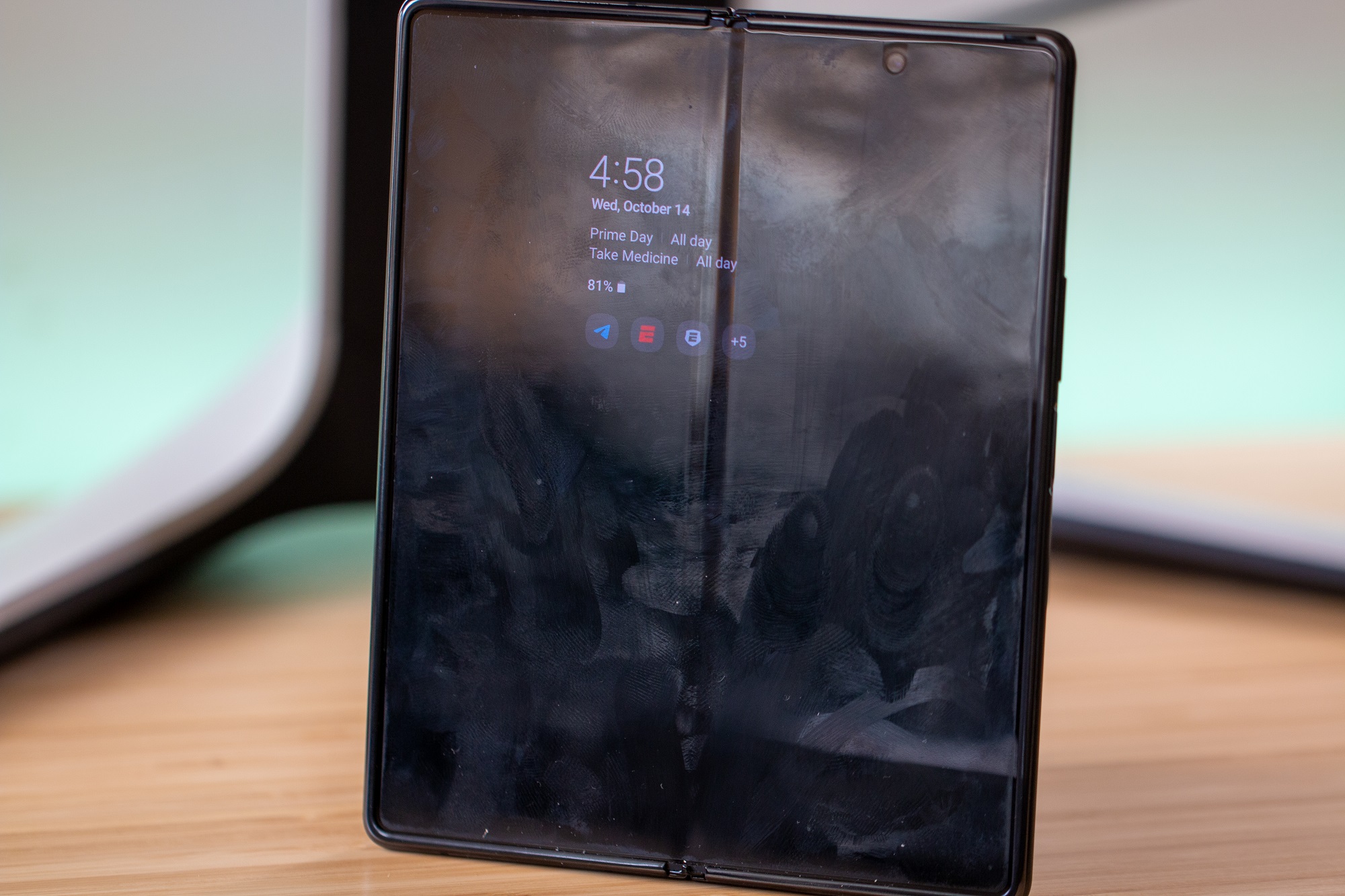 Notice that I said almost perfect. After last year’s debacle with people trying to remove the pre-installed screen protector only to have their $2,000 smartphone rendered useless, Samsung again added an additional screen protector. Instead, this time you don’t have to keep it on, but you still probably want to, and if not, Samsung recommends going to an authorized Samsung Repair shop to have it properly removed. This cuts down on the number of potential claims, along with removing some liability.

While I have yet to remove the screen protector myself, it’s so tempting on a daily basis. The screen protector catches more fingerprints than the glossy finish on the back of the phone. Sometimes, it’s just gross and I don’t want to just use my hoodie or a shirt to wipe it clean. I mean, the phone is two grand and I don’t want to accidentally apply too much pressure or have something in my shirt get caught on the screen. First world problems, I know. 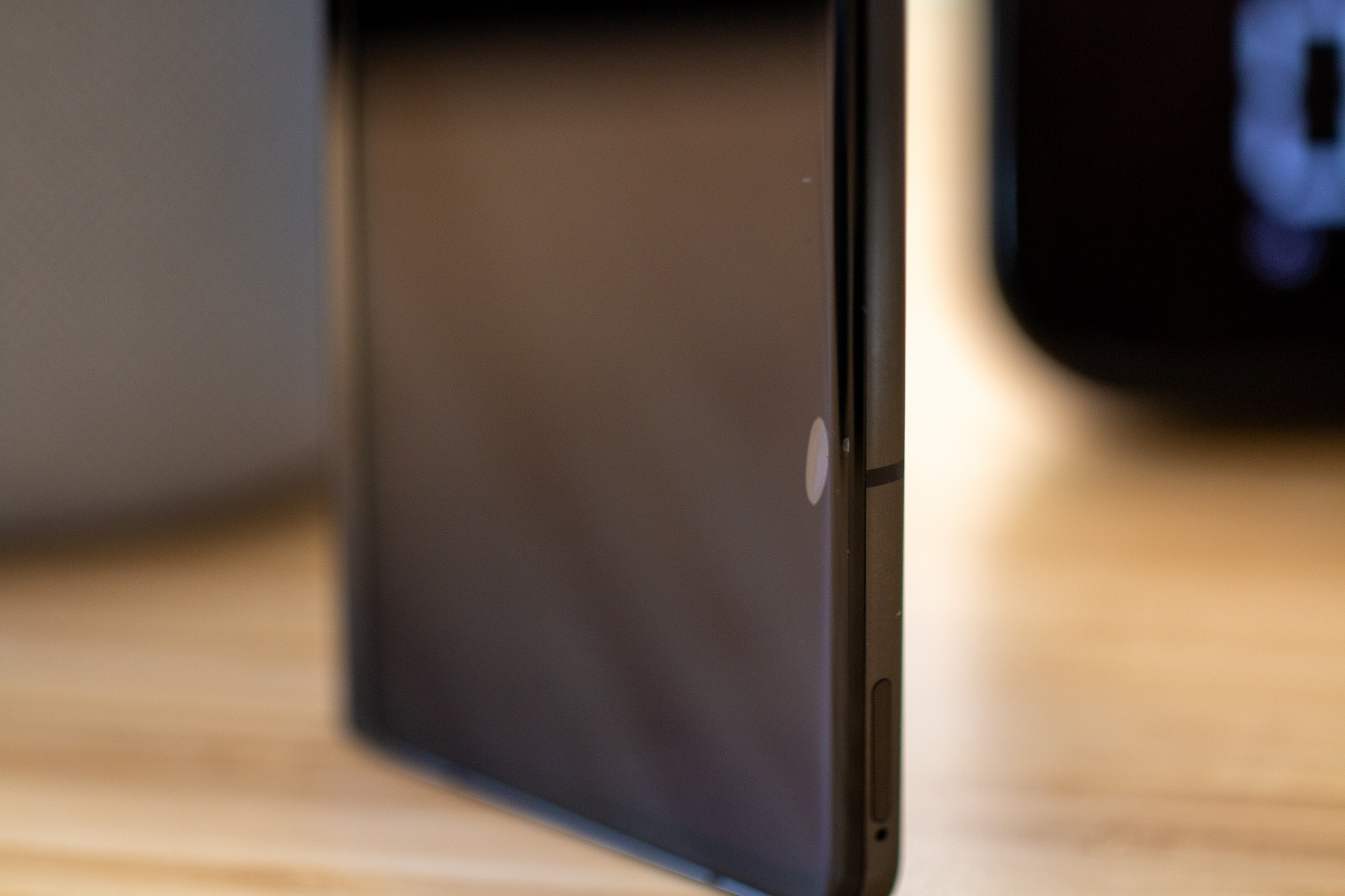 Moving to the front screen protector, I’m still going through my paces of getting used to trying to open the Z Fold 2 carefully. One day, my fingernail got caught on the edge and up came the edge on the front screen protector. Ugh. Okay, I’ll just go pick up a WhiteStone Dome, sold out. And it has continued to be sold out for the last week or so. So now I’m living with an annoying bubble that won’t go away.

How it feels to hold the future 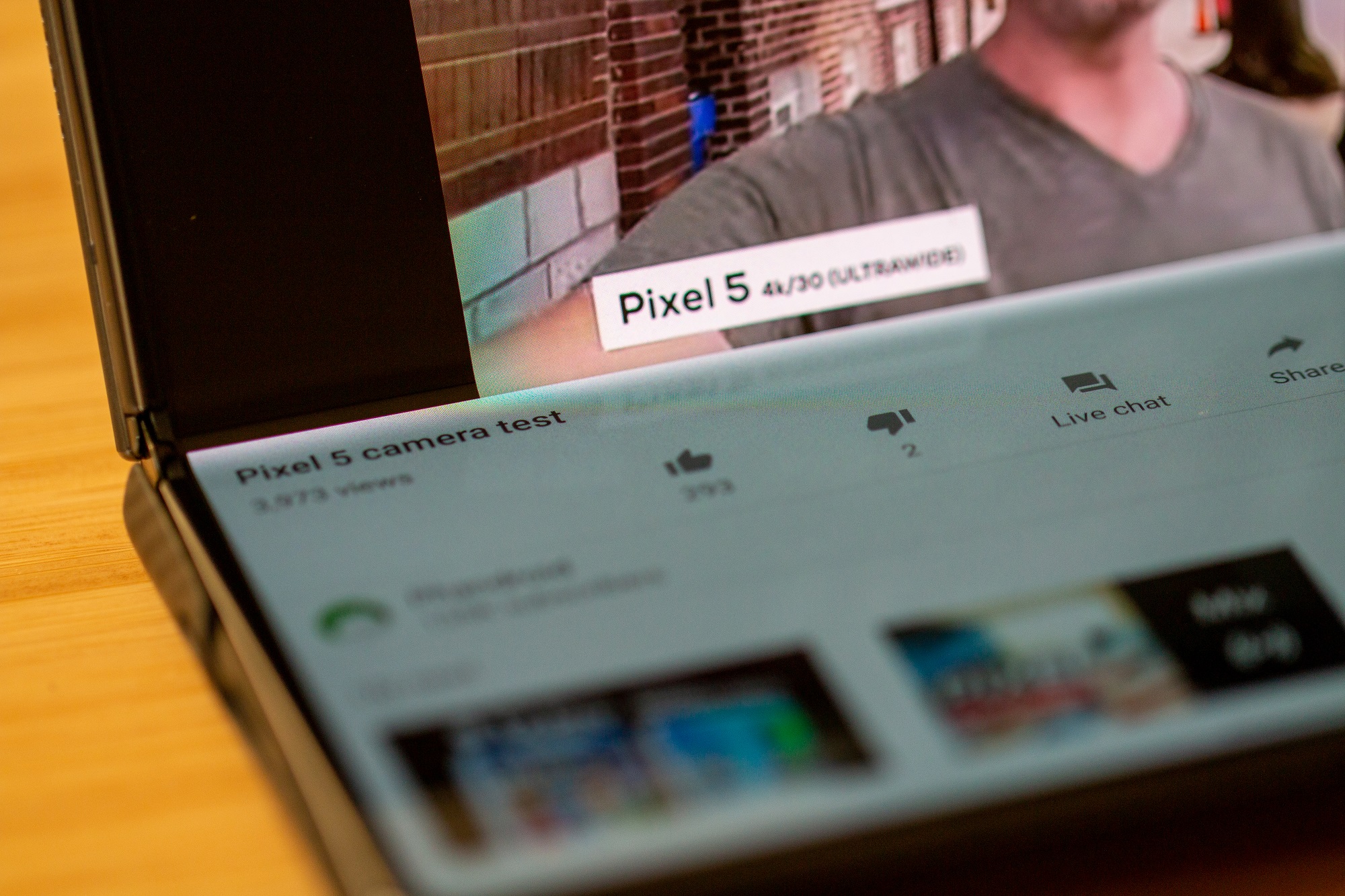 Ignoring the price tag (which is impossible, but hey), the Galaxy Z Fold 2 is the future of smartphones. I have no doubt that we’ll see more options from various smartphone makers in the years to come. Hell, even Apple has a few patents for a foldable display, along with a plethora of patents that will never see the light of day. The Z Fold 2 is the future, and I am absolutely in love.

I do wish the camera was a bit better. This feels like a camera you would find on a mid-range handset, not one that costs as much as a new mirrorless DSLR. But holy hell, using the Z Fold 2 as a viewfinder is an absolute dream, especially as my eyes deteriorate as I cross the 30-year-old threshold. Everything else is pretty much perfect so far. The side-mounted fingerprint scanner is amazing and should be the default on all smartphones, there’s wireless charging, the ability to prop my phone up to watch some YouTube, or just get some work done with the big screen.

We’re going to be working on the full review in the coming weeks. So if you have any questions about the Z Fold 2, sound off in the comments and let us know so we can cover it in the review. In the meantime, I’m going to go install the Dbrand skin that just arrived in my mailbox. 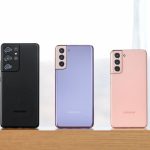 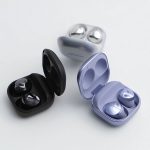 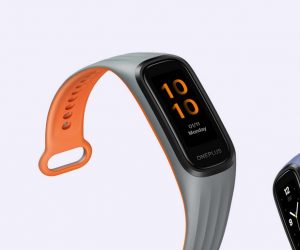 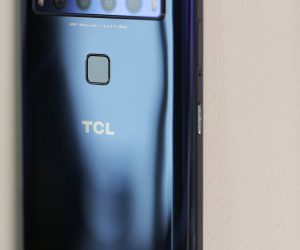 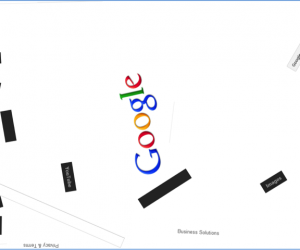