How to Never Miss Your Favorite Shows During Quarantine

In these days and times, television is one of the best things we have. It’s a great distraction, it keeps you busy on boring evenings stuck inside, and the best shows being made today represent some of the best visual entertainment you’ll ever see.

Really, when it comes to cultural cachet and “water cooler talk” (even if the water cooler has now gone digital), TV shows are the new movies. It’s rarer now for someone to be wide-eyed and eager to talk about the latest blockbuster — unless we’re talking about “The Avengers.” No, now it is television shows that reign and capture our collective attention.

Besides, there are hardly any new movies being released anymore! As for shows? They are still debuting all the time.

If you can relate to all this, you’re surely starving for new, more, and better content all the time. Well, if you want to stay current and never miss your favorite quarantine shows, consider the following:

Top Shows Are Still on Cable and Network TV

While Netflix, Hulu, and Disney+ have made a lot of headlines in recent years, many of the leading shows remain on cable and traditional broadcast TV. In fact, three of the Outstanding Drama Series nominees at the 2020 Primetime Emmy Awards (“Better Call Saul,” “Succession,” and “Killing Eve”) originally aired on leading cable stations.

The same goes for the TV broadcasts of four nominees for Outstanding Comedy Series (“Curb Your Enthusiasm,” “The Good Place,” “Insecure,” and “What We Do in the Shadows”). If you add in some of the top acting nominees, you can add titles like “This Is Us,” “Watchmen,” “Westworld,” “Black-ish,” “Brooklyn Nine-Nine,” “Euphoria,” “Pose,” and even “Saturday Night Live” to that list.

Making Sure You Never Miss a Premiere

Sure, streaming services have come a long way and some titles can even be viewed on multiple platforms as they premiere to the world. There are options and workarounds to get them playing directly on your living room big screen instead of a laptop.

Being able to see all the top programs today as they debut, however, usually still requires an in-home cable connection. Of course, you can still watch TV series premieres in various ways. All the episodes of Netflix originals, for example, are often dumped en masse as soon as a new season debuts. So you don’t always absolutely need traditional cable.

You may miss out though — and then be hit with spoilers from friends or on social media — if you wait. Especially during days like this when you’re stuck at home, that is just too much of a risk to take for many people.

Making It Easy to Keep Up with Your Favorites

When it comes to watching your favorite shows, you want things to be easy. Who wants to be fussing around and hunting for unreliable streams with just seconds to spare before the latest episode airs?

That’s why, more than anything else, you want to have a good platform that offers an easy, intuitive user interface. As anyone who has signed up for a few different streaming services knows, they aren’t all created equally in this regard. Some are clunky and confusing. Others don’t allow you to easily pick up where you left off last time.

Fortunately, there are options today where you can make it all simple and use your cable service platform, smart TV, or another device to keep it all connected. For most people, this can help cut down on the headache.

Combined, if you make it easy to keep up with a good interface, maintain a cable connection to give your wider access to all the shows out there, and connect with the right streaming services, you will be in great shape.

And doing it right means you’ll never have to miss your favorite show again. 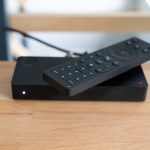 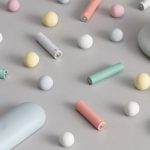