A lot of smartphone makers love to advertise how wide their camera lenses are, or how much it can zoom, or how many megapixels their sensors are. This is just marketing and there is more to photography than just pointing your camera at the subject and pressing the shutter button.

If you truly want to take amazing smartphone photos, here are several tips and tricks that you can check out that won’t cost you a cent, and could possibly yield much better smartphone photos.

Observing the rule of thirds

This is a basic principle in photography where it is believed that if you were to split the image up into three different sections, it would result in a photo that is more pleasing to the eye. Most people tend to take photos with their subject matter dead center, but if you were to put your subject to the side of the photo, it would be more aesthetically pleasing.

The same can be said for landscape photos, where if you were at a beach, for example, you would split the frame up into three sections – the sand, the sea, and the sky. This would create a more balanced photo instead of a photo where there’s too much sky or too much sand.

A lot of cameras tend to take the guesswork out of taking a photo, thanks to software that makes a lot of the calculations for us. There are also built-in sensors that attempt to determine the temperature of the light and sets the white balance. Sometimes this is accurate, and sometimes it can be wrong.

This is why sometimes your photos can come out looking too blue or too yellow. By adjusting the white balance to the correct lighting, you can ensure that your photos are more color accurate.

Our phone cameras are quite smart when it comes to detecting which objects to focus on, but sometimes they can be quite dumb. To ensure that you have the sharpest and most in-focus photo you can get, be sure to tap on the object or subject that you want to focus on before press the shutter button.

Flash photography can result in amazing photos, but unfortunately, the flash units on our smartphones are still terrible. If you’ve ever observed how a professional photographer works, they rarely aim the flash directly at their subjects, or if they do, they try to diffuse it. This is to prevent photos from coming out too harsh or giving people red eye.

You can’t really do this with smartphones, so it’s usually better just to turn off automatic flash and only turn it on when you absolutely need it, which brings us to our next tip.

Play around with exposure

If you don’t want harsh-looking photos that are a result of head-on flash, manually adjusting your camera’s exposure is the next best thing. By increasing the exposure, you can light up a scene that looks a bit more natural. It might look a bit grainy (or “noisy” as some photographers might call it), but it will definitely look a lot better than full frontal flash.

Alternatively, you can also lower the exposure when you’re shooting under bright sunlight. This will help prevent certain parts of your photo from “blowing out” and to create a balanced image.

Don’t be afraid to crop

When you take a photo, sometimes there might be objects or people in the way that might otherwise distract from the subject. This is where cropping comes in handy, so don’t be afraid to crop the photo to remove unwanted distractions. Cropping can also result in better portraits of people where it will help bring focus to the subject and not the things surrounding them like a lamp post, a store sign, a pot of plants, and so on.

A slight movement or jerk of our hands can result in a photo that is blurry or not as sharp as it can be. If you don’t want to invest in a tripod, then you’ll need to find a way to brace yourself to keep your hands steady. There are several ways to do it, such as leaning against a wall. Another tip is to time your breathing.

Some people might think that holding your breath can keep yourself still, but photographers do recommend that you press the shutter button when you exhale to minimize any shake or movement.

Take photos straight on seems like the most obvious thing to do, but you can sometimes get better results when experimenting with odd angles. Get down way low and point your camera upwards. It can result in buildings looking taller and more imposing. If you’re taking photos of people, it can also give the illusion of long legs, or to make a short person look taller.

A lot of phone cameras these days support HDR. For those unfamiliar, HDR is where you take the same scene in multiple exposures and then layer them together to create images that have a higher contrast. While true HDR photos require a bit more work, using your phone’s HDR mode will help you grab photos with more saturated colors and have  better contrast, in case you feel that the default images are too flat and boring.

Did you know that your smartphone’s camera can take burst shots by holding down on the shutter button? Using this can help you grab better photos, or rather, it will give you more options. Instead of taking one photo and reviewing it at a time, you can snap burst photos and go through all of them.

This will come in handy when someone blinks in the photo and if you snapped burst photos, you could have a frame where their eyes are open. It is also useful when taking photos of animals who aren’t as predictable, or you can use it to take photos at parties or weddings to capture the best possible scene. 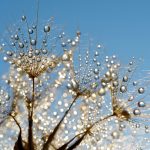 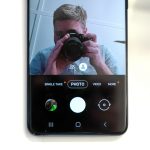 How to take better photos without a flash 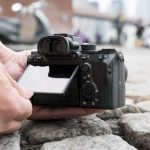 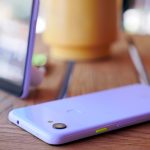 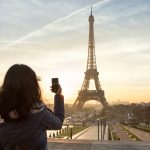 Fun ways to use your smartphone’s super 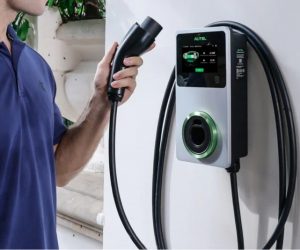