Mobile gaming devices have been around for decades. If you’re older than 30, you likely have great memories of the Nintendo Gameboy or the Sega Game Gear. While the graphics those devices offered were a far cry from what we have today, no one can deny how satisfying it was to own a handheld gaming device and take it with you everywhere you went.

The need for dedicated hardware to play mobile games went out the window when smartphones came along. The smartphone replaced the handheld gaming console by allowing people to carry all of their games in their pocket on a device that they already owned. But that didn’t keep Nintendo from giving up on the category altogether. If you haven’t noticed, the Nintendo Switch is a hot commodity these days. While the console can be connected to a TV so that you can sit back and play your games while sitting on the couch, the main appeal if the fact that you can use it as a handheld gaming console as well.

In order to pull this off, Nintendo decided to use a Tegra chip from Nvidia, one that was originally intended for smartphones. This makes it perfect for the form factor that Nintendo went with, but its performance falls short of any flagship-tied smartphone that’s been built since 2018. So why is the Switch a “must-have” gadget these days if it’s technically inferior to a modern smartphone? Nintendo’s game selection for the Switch has a lot to do with it, but the handheld console’s joycon controllers are what truly set it apart. 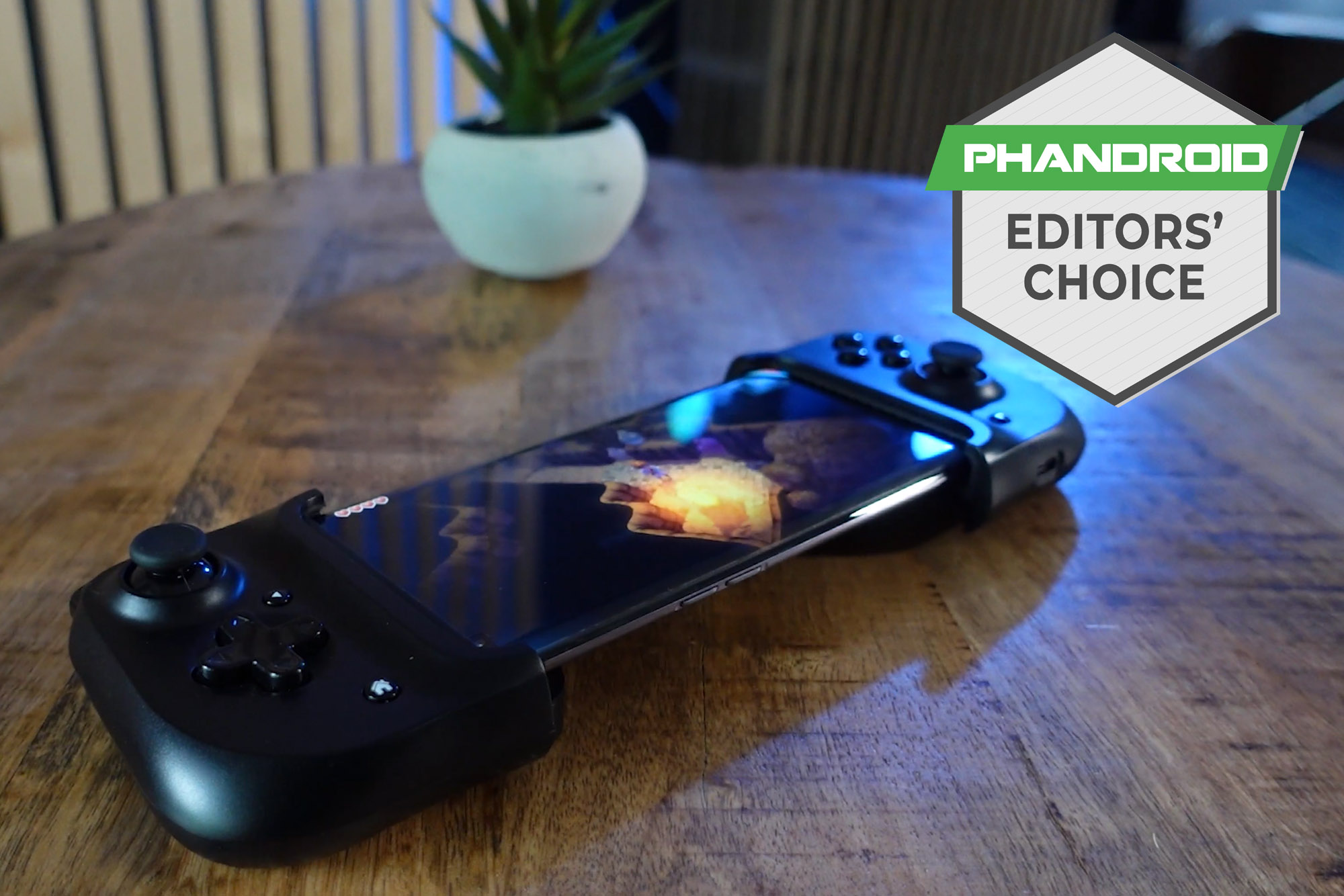 The convenience of the smartphone and their sleek, pocketable designs are honestly that makes them less appealing than the Switch. Android and iOS both have a great selection of Amazing games, but the majority of them have been dumbed down to make them easier to play and control with your smartphone’s display. There are plenty of Android controllers which can enhance the smartphone gaming experience, but the new Razer Kishi controller is unique and honestly has made me forget all about the Nintendo Switch. 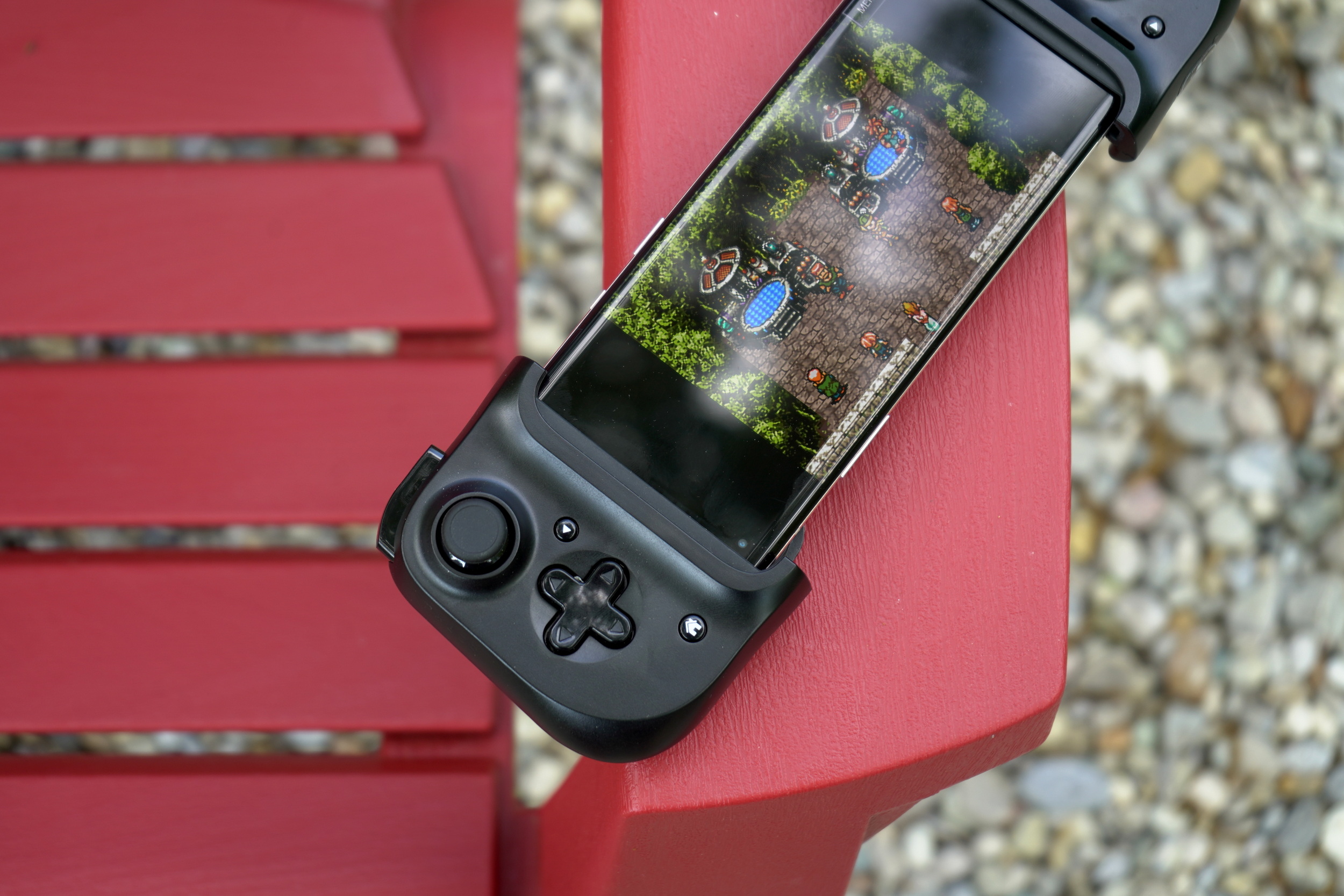 At first glance, the Kishi looks like it’s just another Bluetooth controller for your smartphone, but Razer has built a unique device that actually plugs directly into any smartphone that features a USB C port. Simply squeeze the clamps on the back of the Kishi and the device will expand so that it can fit nearly any Android smartphone imaginable. Thanks to the spring-assisted mounting strap, the Kishi offers a tight fit from smaller phones like the Pixel 3 up to massive devices like the Samsung Galaxy S20 Ultra and its 6.9-inch display. A phone with a 7-inch display is likely the limit for the Kishi, but there are few devices with screens that big.

The for the controls, the Kishi delivers everything a gaming console controller typically offers with two analog thumbsticks (one of each side), a d-pad, the usual A, B, X, and Y buttons, dual left and right triggers, two function buttons and a home button. Since the Kishi plugs directly into your smartphone, Razer relies on Android’s system-level controller mapping rather than giving you the ability to customize things for yourself. This is a blessing and a curse since the controller works right out of the box without the need to install an app, but it also means that some games that do support controllers may not work. The most notable (and one of my favorites) is Call of Duty Mobile, though Fortnite and PUBG work flawlessly with this device. 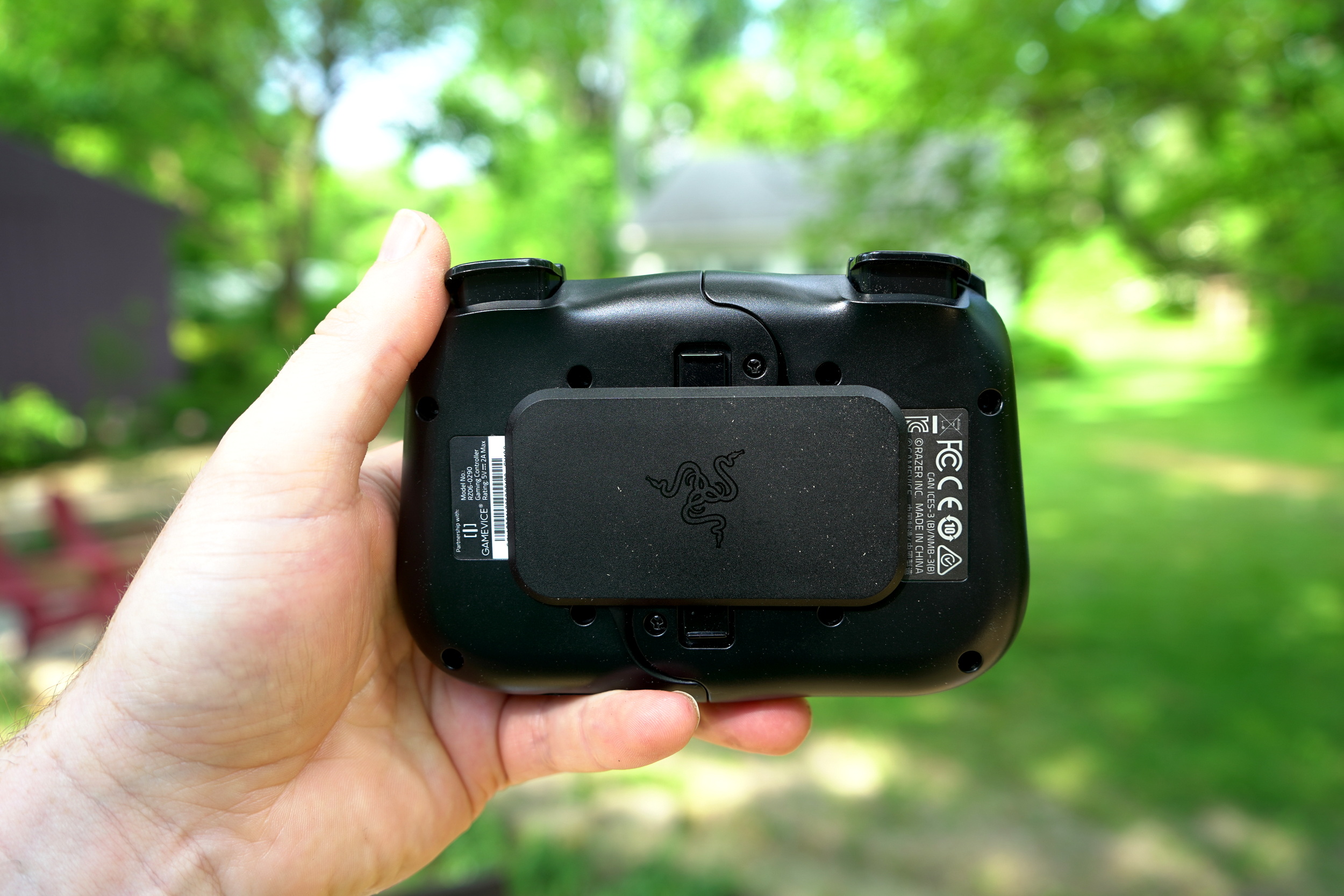 It’s impossible to know how many games it is compatible with, but I did test the Kishi with titles like GRID Autosport, Sky, Oceanhorn, Reaper and a few of Square Enix’s RPGs with a single glitch. For some of the games, having physical controls doesn’t make much of a difference since the developers created them specifically to be used with the touchscreen, but GRID Autosport is a completed different game when playing with the Kishi. Using the triggers for acceleration and braking and the thumbstick for steering is a million times better than tapping the screen and tilting the phone. Even though I’ve put in a good 10 hours in GRID using the regular controls, I was able to shave off 4-5 seconds off my best lap times the first time I used Kishi.

The gamepad also works with all the new game streaming services as well. Just load up Stadia, Project X Cloud, or GForce Now and you’ll have the same controls as you would if you were using any other controller for those services. In fact, since the Kishi plugs in directly to the phone, you don’t have to contend with those added few milliseconds of delay that you get with Bluetooth controllers. It’s doubtful that you’ll notice the difference, but it’s there none the less. Using the Kishi, I found myself playing Stadia a lot more often with my phone rather than going to my living room and sitting in front of my large-screen TV. Yes, Stadia and other game streaming services still have a few issues and drawbacks, but the Kishi is the perfect smartphone gamepad if you’re into game streaming with your smartphone. 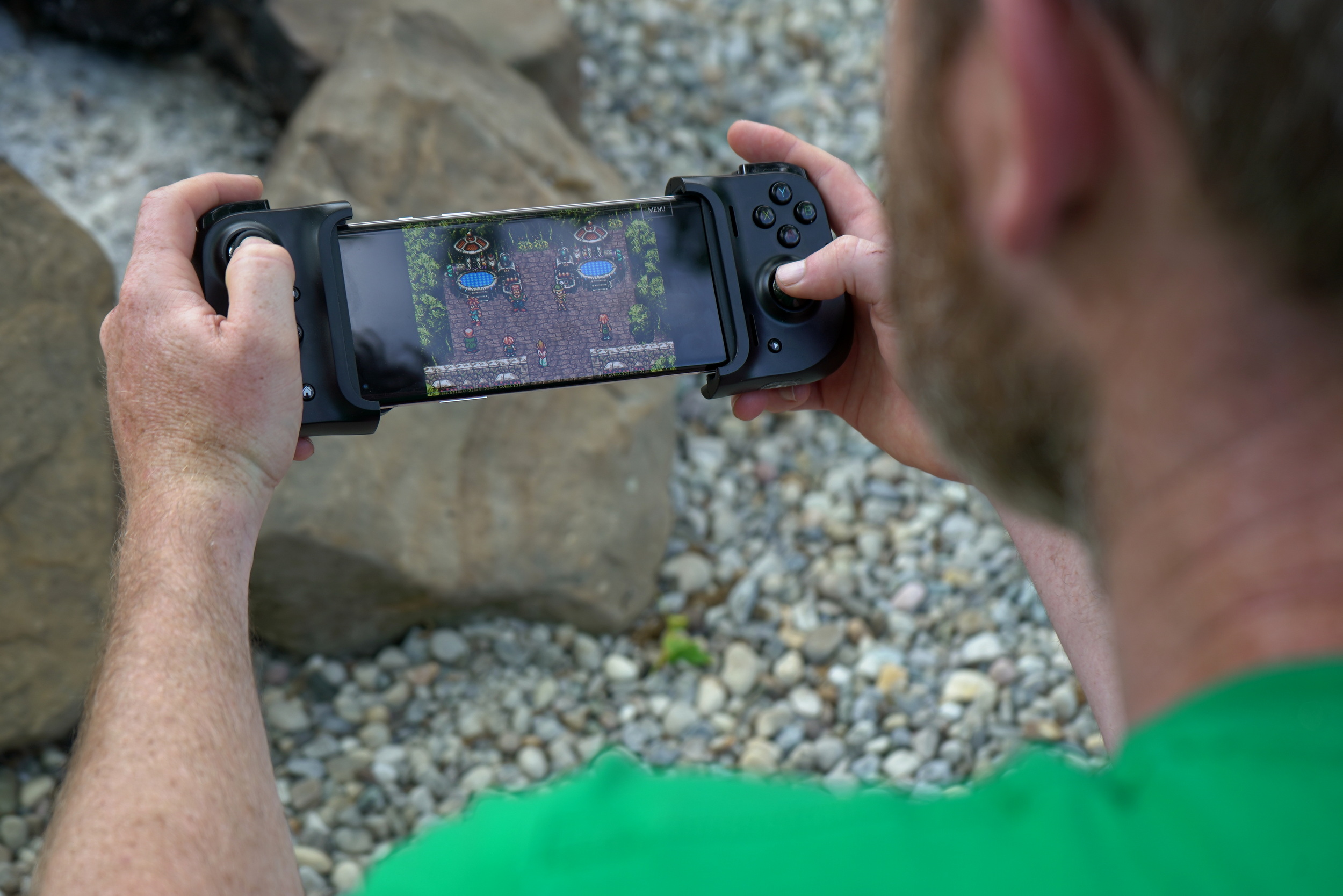 Overall, the build quality of the Kishi is pretty good. The gamepad feels very comfortable for long gaming sessions. Considering how light it is, it actually feels pretty solid. The buttons are all a bit mushy, but they do still feel better than nearly every other Bluetooth gamepad I’ve used for a smartphone in the past 5 years. The one thing I wish Razer could have improved upon is the inward flex you get when pressing with your thumbs on the controller’s face, but it honestly has no effect on gameplay and usability of the Kishi.

There are plenty of gamepads out there that promise to turn your smartphone into the perfect handheld gaming device, but very few of them actually live up to that promise. The Razer Kishi does have its flaws since it’s still not compatible with every Android game that offers gamepad support, but Razer has informed me that it’s working to make sure that support for more games will be coming. But even with a few of my favorite titles being unsupported, the Razer Kishi is still a good buy at $79.99. It’s not exactly cheap, but spending a little extra on an accessory that allows you to enjoy mobile gaming, even more, is definitely worth it.