WhatsApp is one of the most widely used mobile communication tools today. One of its biggest selling points is that it supports pretty much every platform: it runs on Android, iOS, KaiOS, Nokia Series 30+, and everything in between, running on everything from feature phones to PCs. Its user base is huge – more than 2 billion people around the world use it to keep in touch with each other.

WhatsApp allowed its users to make group video calls with up to four participants and recently upped the limit to eight. This wasn’t enough for it to take on competitors like Zoom, a group video conferencing service that has received a lot of attention lately. So, WhatsApp decided to go one step further: it will soon add the option to make video calls with up to 50 participants.

Zoom is a cloud-based peer-to-peer video conferencing service. It is used in many areas, from remote learning to remote working and telecommuting. It has a free tier that allows users to participate in video conferences with up to 100 participants – it has, in turn, a time limit imposed on these calls: they can’t last longer than 40 minutes.

Zoom has received a lot of attention in the context of the ongoing pandemic as the tool of choice for remote workers and educators as well. This has, of course, translated into a massive growth of its stocks.

While there are many other services available that offer cost-effective video conferencing services, Zoom was clearly the big winner in this situation. And while its feature set is far less able than Microsoft Teams’ free tier, its position on the market is strong – strong enough for WhatsApp (and Facebook) to want a slice of it.

The 50-person video call will not be a WhatsApp feature per se – it will be an integration of the service with Messenger Rooms, Facebook’s own video conferencing, and group video calling service launched late April. And it was not even officially announced yet – and, of course, it is not yet working. A shortcut to the service was spotted by WABetaInfo, an independent outlet for WhatsApp-related updates. The integration was found both in WhatsApp’s web client and Android app for now.

What is Messenger Rooms, anyway?

Messenger Rooms is Facebook’s answer to Zoom, Microsoft’s Skype, Apple’s FaceTime, and Google’s Meet. Users will be able to create “rooms” in Messenger, Facebook, Instagram Direct, Portal, and WhatsApp, too, and open it up for anyone (up to 49 more people) to join. The Room can be shared on a Facebook feed, in a group or as an Event. What makes the service even more interesting is that it won’t require people joining a Room to even be on Facebook – the owner (creator) of the room will be able to share a link with them that they can use to join in on the conversation from their computers or their phones. 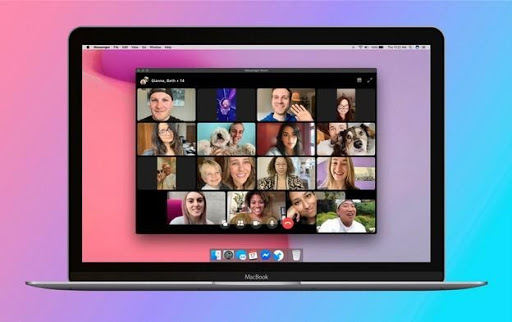 WhatsApp users will soon be able to use their

WhatsApp will soon make it less annoying to s

PSA: WhatsApp will stop working on these olde