The tower defense genre isn’t exactly new, and we’ve seen them popularized thanks to custom maps made in RTS games like Blizzard’s Warcraft 3. If you are looking for a tower defense experience on your phone, then be sure to read on as we have compiled some of the best tower defense games for 2020 for both iOS and Android devices.

We would be remiss if we did not include the Kingdom Rush series on this list. Developed by Ironhide Game Studios, there are several titles in this franchise that essentially tell a whole story, which each release acting as a sequel/prequel. Each Kingdom Rush game is a paid-for game with no ads, but there are in-app purchases where you can buy additional more powerful heroes.

If sci-fi is more up your alley, then from the same developers behind Kingdom Rush is Iron Marines. At its core, Iron Marines is more or less the same as Kingdom Rush where it is a tower defense game. The main difference is that it is set in space where players can construct more futuristic sci-fi towers to defend themselves against waves of enemies. It is also a paid-for game with in-app purchases to unlock additional content.

Perhaps one of the most successful tower defense games on mobile has to be the Plants vs Zombies franchise, where it has spawned two titles and a bunch of plushies that fans of the series can collect. It is slightly different from what you might expect of a tower defense game, but the core concept remains where players can build up plants to attack and defend against waves of zombies. The games themselves are free but there are in-game ads as well as in-app purchases.

If the bright, casual, and cartoony aspect of Plants vs Zombies is something that appeals to you, then Swamp Attack might be worth taking a look at. The game places players in a swamp with a southern theme from it, where the player (armed with a gun) takes on hordes of enemies. It is more of a real-time tower defense style game where you can interact with the waves of monsters as they spawn, like dropping explosives onto them, tapping on the screen to actively shoot at them, and so on. This makes it more interactive and engaging as opposed to just sitting back and waiting for the round to end. The game itself is free-to-play with in-app purchases.

Most of the tower defense games listed here come with set maps and set waves of enemies. This means that over time, you should eventually come up with a strategy to beat them. If you’re after something a bit less predictable, Myth Defense: Light Forces might be a game you could check out, thanks to features like randomly generated maps. Other than that, it is a very straightforward tower defense game with plenty of towers to choose from, two difficulty levels, and a campaign mode. It is a paid-for game for those who dislike the freemium model.

Augmented reality is starting to find its way into mainstream tech these days, and one of the games to leverage this technology is Knightfall AR. By using augmented reality, the game is probably one of the most unique tower defense titles we’ve seen in a long time. Players will play as a group of Templars who are defending the Holy Grail from intruders and you can play it by pointing your phone’s camera at a flat surface, thus bringing the game to “life”. Knightfall AR is a completely free-to-play game.

While the core concept of the Field Runners franchise is quite standard as far as tower defense titles are concerned, one of the unique aspects that helps make it more challenging is the fact that the pathing enemies take can change. This means that a strategy that worked once might not necessarily work a second time. There are also puzzle modes and a ton of levels and weapons for players to unlock.

Tower defense games we’ve come across generally come with a set of levels and difficulties. Once those are complete, you’re more or less done with the game. If you’re after replayability, then Infinitode might be the game for you. The developers boast that this is the first mobile infinite tower defense game, where players can put down as many as 1,000 towers at once. The game itself is also designed rather simplistically, and there is also a map editor that lets players create new maps to challenge themselves with. The game is free-to-play and will come with in-app purchases.

Building off the success of Clash of Clans, Supercell returned with Clash Royale which is a unique tower defense game that lets players team up together to fight opposing players. It is more than just about placing the right towers because there is also a collectible card game element to it where players need to be strategic about what cards they use and when to use them. Clash Royale has adopted the freemium model with in-app purchases, although you can still very much play the game without having to spend a single penny. 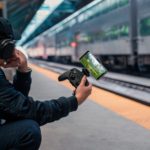 Simple Mobile Games That Are Perfect for Your 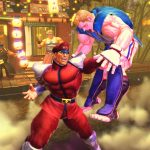