Despite being one of the earliest to roll out a wide-angle camera in its smartphones, among other innovations, LG has become a bit of an afterthought in the mobile market over the last few years with last year’s similarly dual-screened LG G8X failing to really impress us.

Well, the company is back today with the LG V60 ThinQ 5G with the same dual-screen design as its predecessor, but the rest of the package has been upgraded to most of what you would expect from a 2020 flagship smartphone and for fans of the headphone jack the V60 is likely to be one of the few holdouts you see this year.

For those of you that haven’t seen LG’s previous dual-screen options, it is achieved with a case that attaches to the device and can easily be removed for those occasions when you would prefer a more pocketable option. The secondary screen is identical to the 6.8-inch FHD+ OLED primary screen.

The “360 Freestop Hinge” functions much like one that you would find on a modern 2-in-1 laptop with options for use in laptop, stand or tent modes. It’s great for multitasking with a different app on each screen, but LG has also worked to deliver a “fullscreen” experience with some apps like the core Google apps which then display across both screens. 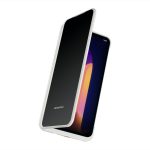 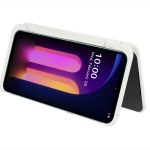 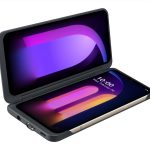 Inside the LG V60 is using the Qualcomm Snapdragon 865 paired with the Snapdragon X55 5G modem, a pairing that we are going to keep seeing across most flagships in 2020. LG has stuck with 8GB of RAM and storage is solid with 128GB and a microSD slot for expansion up to 2TB.

At least in terms of raw numbers the LG V60’s cameras can’t quite hold up to the Samsung Galaxy S20, but the 64MP main camera is still no slouch and you can capture up to 8K video. In addition you have a 13MP ultra-wide-angle camera and around the front a 10MP selfie camera. Considering the 5 cameras on the LG V50, this looks like minimalism from LG and while I know there’s a healthy debate to be had around whether wide-angle or telephoto is more important, I don’t think you should have to choose on a flagship in 2020.

Connectivity options are great with the V60 with Wi-Fi 6 and of course 5G support, with the AT&T, T-Mobile, and Sprint versions delivering sub-6 5G support and Verizon’s offering millimeter-wave support.

Considering everything that is packed into this phone, particularly when you are using the secondary screen you are likely going to need every bit of the 5,000 mAh battery. Quick Charge 4+ support is available to help you top up that battery quickly, along with wireless charging.

Unlike some of the more futuristic foldables on the market the LG V60 also gets to retain IP68 water and dust resistance rating. LG is relying on an in-display fingerprint sensor for your biometric security. 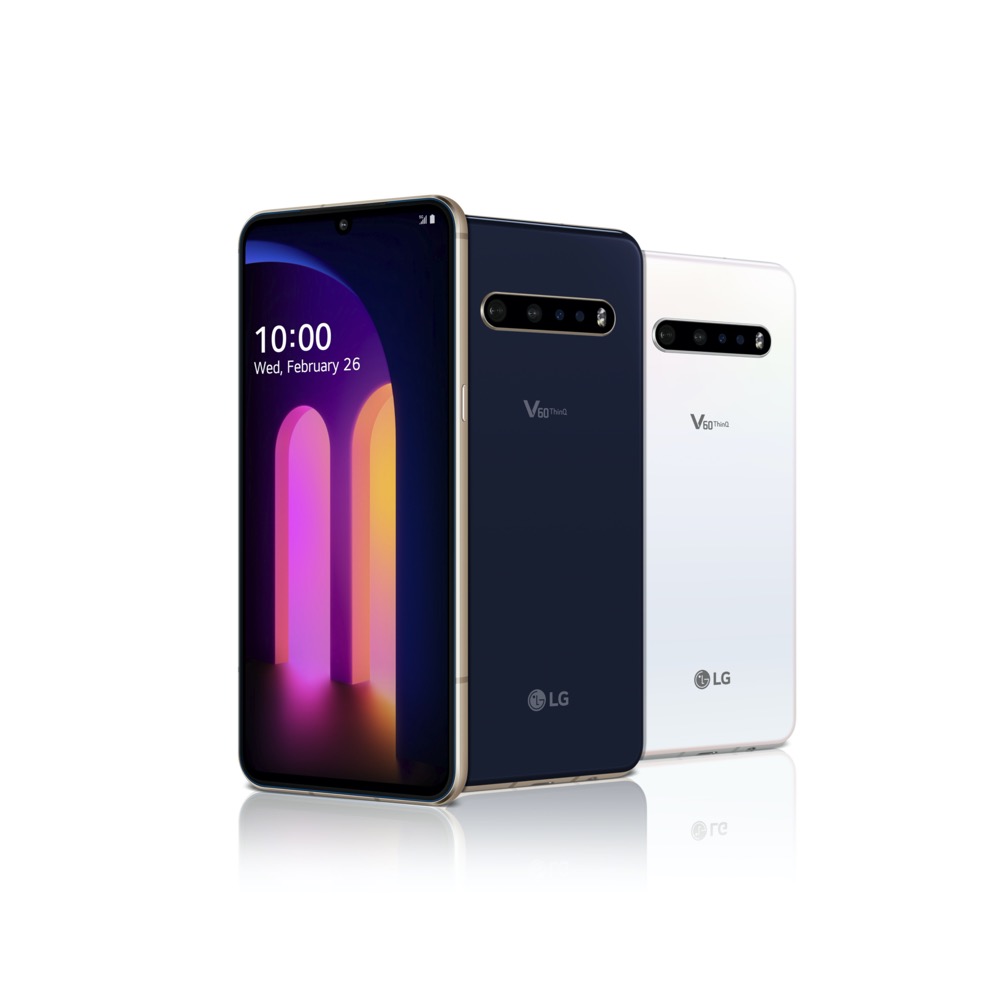 Turning to LG’s real strength, the audio experience on the V60 should be unmatched by any other flagship device in 2020. Beyond the mere presence of the physical headphone jack, the V60 has a 32-bit Hi-Fi Quad DAC stereo speakers and four onboard microphones.

The LG V60 ThinQ 5G will be running Android 10 with LG UX 9.0 at launch, obviously given the specialized hardware you weren’t getting away with a stock Android experience.

We are still missing the crucial pricing and availability details, for LG’s sake we’re hoping to see the price come in any of the Galaxy S20 options. The phone offers something unique in the market with the dual-screens and high-end audio support, but as those same features didn’t sway too many consumers in 2019 it doesn’t seem likely to do the trick this year if they can’t at least undercut Samsung’s pricing.

closeDisney+ ‘Star’ is Hulu for international markets and for grown-ups

Earlier today, Disney+ announced a new section of its streaming services called Star. This is only available in select European markets and aims to bring more adult content to the platform. You can think of this as Hulu for those who live in Europe, Canada, and New Zealand.While Disney+ has amassed quite the subscriber count, …

more_vertSamsung and AMD’s partnership could be for

closeSamsung and AMD’s partnership could be for a laptop, not smartphone

A recent report suggests that the partnership between Samsung and AMD could be for a chipset not for a smartphone, but a laptop.

closeWhen Android 12 is coming to your phone

There are quite a lot of new features that are hidden away in Android 12, which is what we have come to expect. Google has just released the first developer preview, and there are some changes enabled by default, and others that aren’t as obvious.What’s new in Android 12As is the case with every major …

closeCarDongle supercharges Android Auto with the full power of Android

Android Auto is a pretty awesome piece of technology, as it makes it easy to still access your most-used features while in the car. Being able to pull up directions, control your music or podcasts, and of course respond to incoming messages or phone calls.But there are still a few limitations to what Android Auto …

2020 was definitely not the kindest of years for Google’s release schedule, along with everyone else’s for that matter. It’s already been rumored that the Pixel 4a was originally intended to launch at Google I/O, but after the event was canceled, that threw a wrench in Google’s plans. Then there was a rumored debacle as …