Android Advantage: Why is it Preferred by Online Gamers?

When you think of eSports, you may think of popular PC titles like DOTA 2, League of Legends, or Counter-Strike: Global Offensive. Of course those games remain the staples of eSports tournaments today, but mobile gaming has in fact been the most dominant sector in the gaming industry for several years based on revenue generated and is seriously expanding into the eSports market.

For starters, mobile can no longer be dismissed as simply a “casual” gaming market once dominated by titles like Candy Crush and legions of Farmville clones. In fact, the highest-grossing mobile games based on worldwide revenue in 2019 were:

The top two games on that list are both serious eSports games, PUBG Mobile being a mobile version of the popular PUBG battle royale game on PC, and Honor of Kings (known as Arena of Valor internationally) is a MOBA from Chinese giant Tencent Games, which owns stake in numerous other game publishing companies around the world. Honor of Kings is the #1 Chinese game played in mainland China, and faces little competition due to tight restrictions on international games.

Some games are not necessarily on the list of highest-grossing mobile games, but still enjoy massive popularity. Mobile Legends, for example, is one of the most-downloaded mobile MOBA games, along with Vainglory and Arena of Valor. While not typically thought of as traditional “gaming” and thus included on those types of lists, mobile casino revenue is also a massive sector in itself. Online casinos are no longer limited to web browsers, as operators like Casumo offer tons of casino games that are playable on Android.

Mobile Legends has grossed nearly $220 million USD in 2019, which isn’t enough to put it in the top 10 highest-grossing mobile games for 2019, but is quite impressive for a mobile MOBA that is most popular in Southeast Asia. Mobile Legends largest player-bases come from Indonesia, Philippines, and Malaysia, respectively.

While PC games continue to dominate the international eSports industry in countries like United States, South Korea, Sweden, and other first-world developed countries, mobile MOBA games like Mobile Legends perform best in less developed regions like Southeast Asia, where personal computers are not as common as personal smartphones.

One thing that certainly aids the mobile eSport industry, particularly in Asia, is the viability of several game genres on the mobile platform. With the absence of a mouse and keyboard, more advanced gameplay controls are not possible, which has led to the development of more streamlined, accessible mobile gameplay for competitive titles. MOBAs and battle royale games with simplified controls from their PC-counterparts are thus far the most successful, but many also predict the rise of auto-chess games as the “next big thing” in 2020.

The rise of auto battlers

Auto-chess came out as a surprise in 2019 that quickly spiked in popularity, beginning with the Dota 2 mod Auto Chess, which was then turned into a standalone game Dota Underlords by Valve. Several other auto-chess games were released by other developers, such as Teamfight Tactics by Riot Games, and Hearthstone Battlegrounds by Blizzard Entertainment.

While these auto-chess games quickly spiked in popularity throughout 2019 on the PC, they also quickly dipped back down – at least, on PC. They’ve maintained a steady popularity on the mobile platform, with the most popular auto battlers being Dota Underlords, Dragonnest’s Auto Chess, and the arcade mode Magic Chess within Mobile Legends.

What we’re seeing is that not only does the mobile platform have serious potential as an international eSports platform, even though it’s still mainly growing out of Asia, but genres that may originate on PC and quickly reach peak popularity tend to stick around a bit longer on mobile if the genre is easily adapted to the mobile platform.

While we already mentioned the economic reasons for the popularity of mobile games, at least within regions like Southeast Asia, another reason is the ease of getting into online mobile gaming. Most of the top PC games are incredibly in-depth with huge game clients, more controls and character strategies to remember, and overall longer matches. A typical League of Legends match can last around ~35 minutes or longer, whereas in comparison a Mobile Legends match will only last around ~15 minutes.

This allows mobile gamers to be much more flexible with their game time management, and play a game or two during their daily commute to work, for example, while still enjoying the intense competition of eSports games. 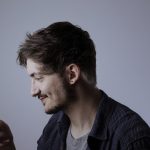 5 Reasons Why Mobile Casino Traffic is On the 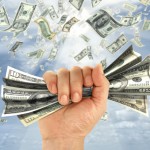 How to Make Money with Your Smartphone 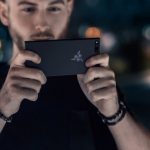 How Smartphones Revolutionized the Betting In 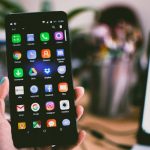 Understanding the increase in usage of Gambli

If you’re looking to give your computer an upgrade, don’t sleep on this deal for Samsung’s 1TB SSD and save yourself $100 in the process!