Like a lot of us, I have a tendency to focus on the high end of the smartphone market, but keeping our best budget smartphones and best budget flagship smartphone lists up-to-date in 2019 helped change that for me.

As I am quick to point out on both of those lists, the quality of smartphone that you can get for less than $400 or even $200 is pretty amazing. ZTE is one of the perennial contenders in this arena and puts out a number of compelling options across these price points. The ZTE Blade 10 Prime was released late last year and at just $179 on Visible Wireless it should fit into virtually any budget.

The dual-cameras on the back of the phone, large 6.3-inch screen, and minimal bezels are an interesting option at this price point. I’ve spent the last several weeks with the ZTE Blade 10 Prime to see how close it can get to replacing the $800+ ($1,000+ in a lot of cases now) smartphones that I’m accustomed to.

I was completely blown away by the quality of the display on the Blade 10 when I powered it on for the first time. It may not be 4K, but the FHD+ resolution holds up really well at this size, the image is incredibly bright and sharp. Colors are a little over-saturated, but not considerably more so than most Android devices. It obviously can’t match a high-end AMOLED, but when you aren’t holding it side-by-side with one (which I’m going to assume you aren’t usually doing) it absolutely does not disappoint. 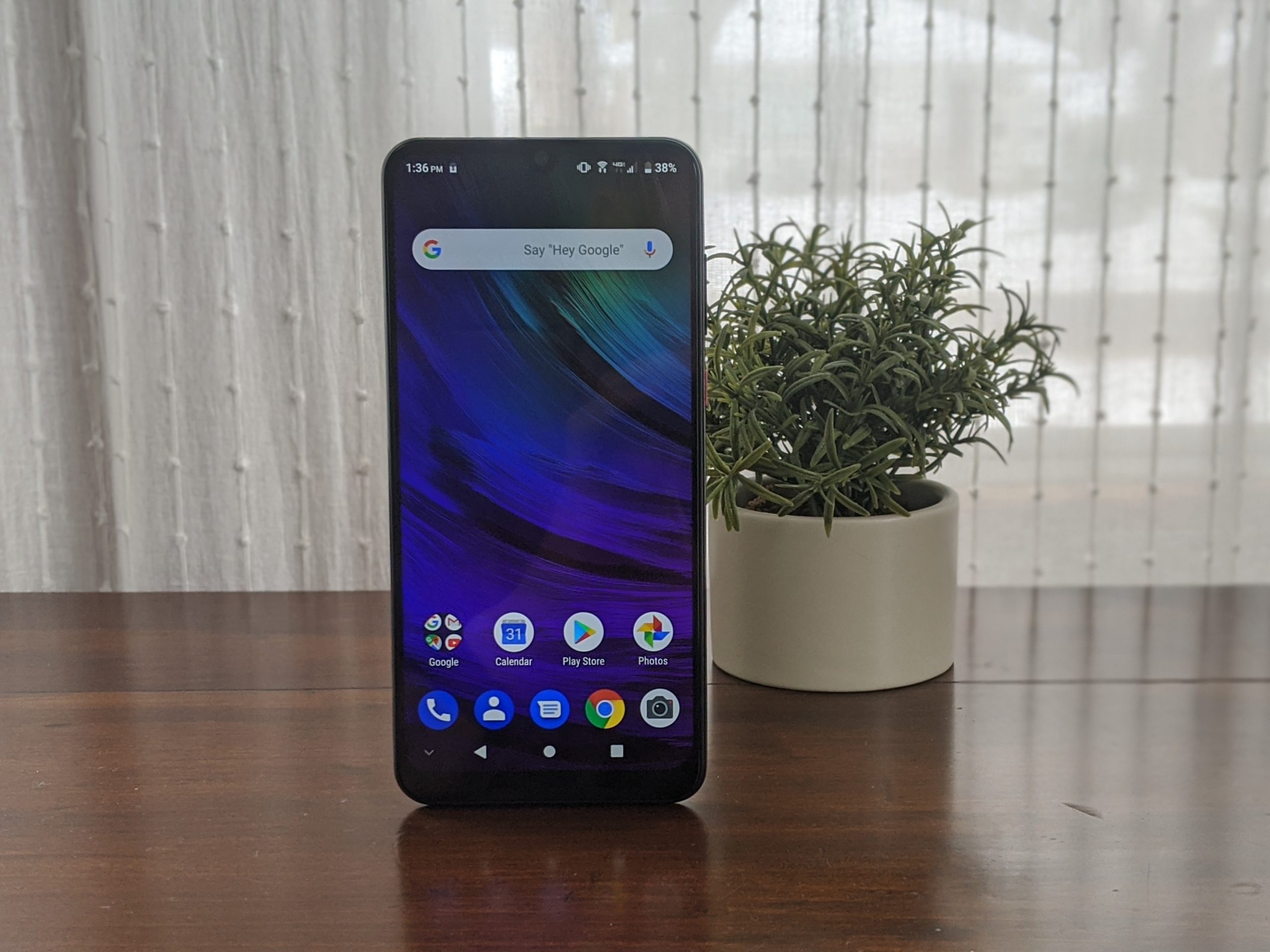 If you are a smartphone design snob, the ZTE Blade 10 Prime is probably not the best option for you. There is absolutely nothing wrong with the overall design, but nothing about it stands out either. The red power button is the lone splotch of color on the otherwise black slab.

The back of the device is a glossy fingerprint magnet with a fingerprint reader and a dual-camera with a flash the only things breaking up your streaky fingerprints. The fingerprint reader is a fairly deeply recessed elongated oval, which, if you have larger fingers, makes for a less comfortable feel than the circular reader of my Pixel 3. 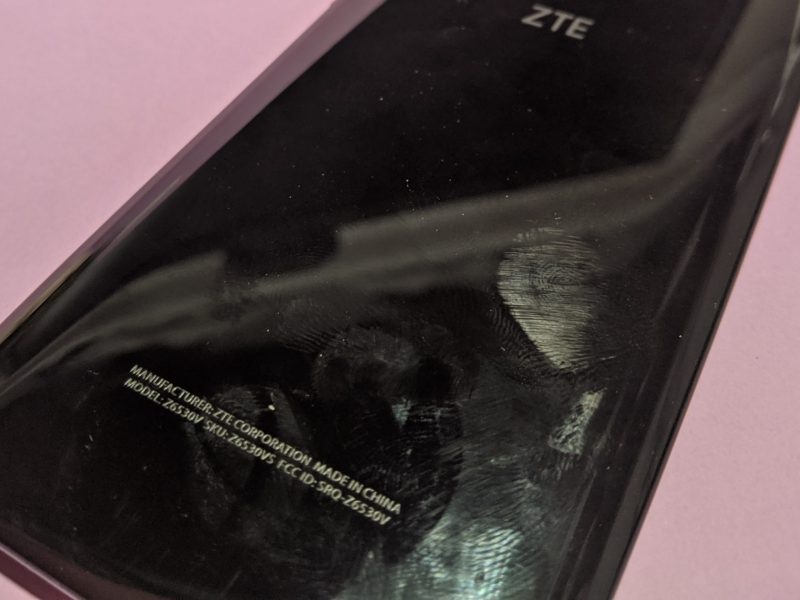 One notable feature around the front of the device is an LED notification light near the top-left corner. Unfortunately, it’s only capable of red and green which would have been nice to customize for specific notifications. You do have a handful of options regarding what triggers the light, but it would have been nice to get more granular with it.

The body of the Blade 10 is entirely plastic, making it extremely lightweight and thin. I think there are two schools of thought on this: one is that it makes it feel cheap and the other is “who cares light is good.” Personally, I’m a fan of cases, so I would absolutely get a case for this device just to give it a little more heft and as an added bonus it should add a little more visual interest to it.

In general, I was really pleased with the performance on the Blade 10 Prime, which was honestly a bit of a surprise. Navigating the UI is fine and I didn’t notice any egregious lag while swiping between screens or scrolling. I was able to complete standard tasks like email, viewing my photo library, and navigating with Google Maps without any appreciable slowdown.

My first real hiccup was when I opened the camera for the first time. From clicking the camera icon to taking a shot is approximately 3-4 seconds as opposed to 1 second on my Pixel 3 and slightly less than a second on my OPPO Reno 10x Zoom. For me, that’s a killer as I use my camera constantly and have young kids that aren’t going to wait for the camera to finish booting up. While there is a slightly longer launch time on other apps, nothing was close to as slow as the camera. Hopefully, they will be able to improve this in a future update.

Gaming was actually a pleasant surprise on the Blade 10 Prime as well. Now if you are a big PUBG Mobile or Fortnite fan you should look elsewhere, even at the lowest settings I found them to be virtually unplayable, but anything a bit less high paced should be fine. I played some Dream League Soccer and had no issues with frame rate or controls there and of course if you stick to more casual puzzle games you’ll be just fine. 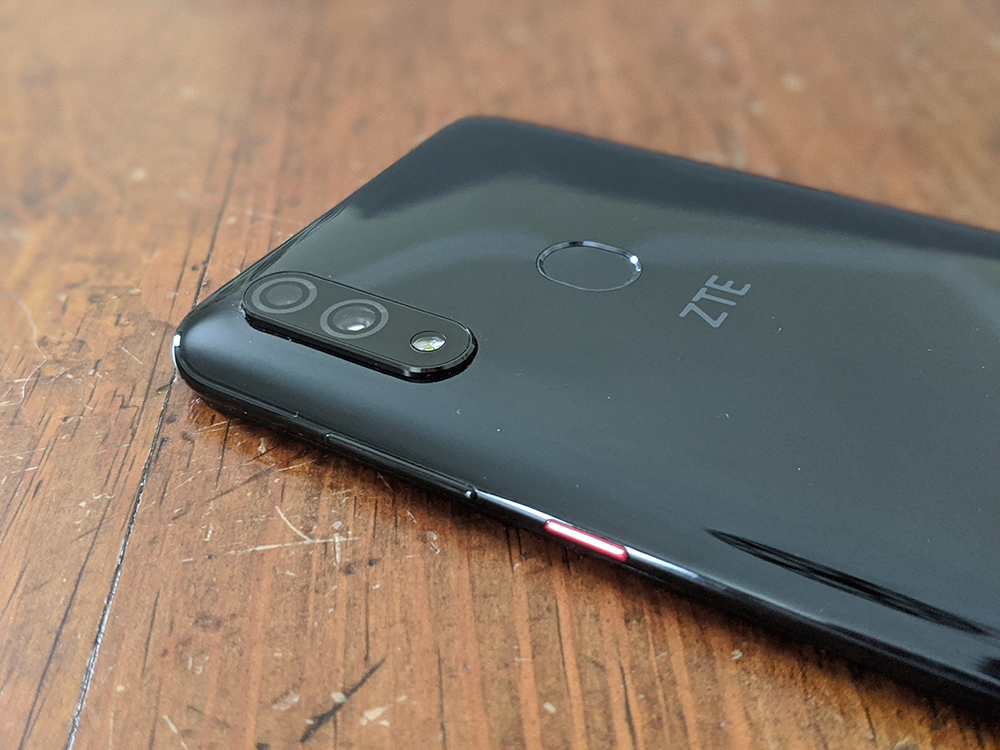 Now while I didn’t have glowing things to say about my experience with booting up the camera, once it is up and running the output from the cameras on the Blade 10 Prime are actually quite good for a smartphone in this price range, just occasionally inconsistent. Unfortunately, mid-winter in Wisconsin doesn’t offer up many bright sunny days, but you should be able to get a feel for the detail and overall quality from the Blade 10 Prime camera. 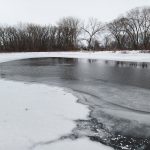 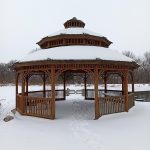 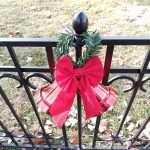 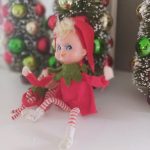 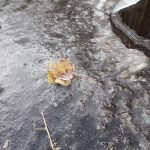 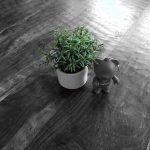 While it is impressive that ZTE gives you a dual-camera at this price point, I actually wouldn’t recommend using it, at least with the current software. It’s not giving you a zoom lens or wide-angle option, it’s just there to assist the portrait mode and give you the fake bokeh effect, but in my testing, it was far too unreliable. You are sacrificing resolution and lens quality for the faux blur and it’s not worth it, stick to the standard camera and you’ll be happier with the results. 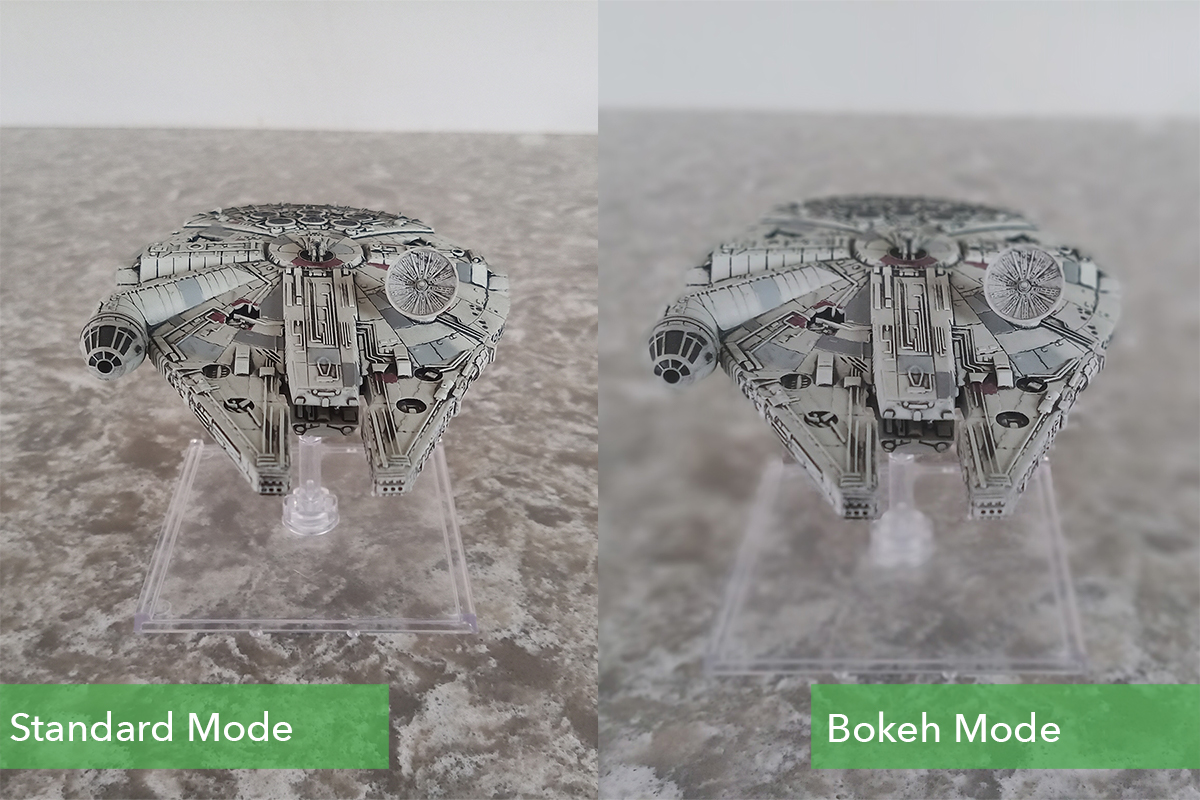 The Blade 10 Prime gave me very natural-looking results, which some people love, while others prefer the more warm and saturated look offered by the Pixels for example. If the latter describes you but you still are interested in the ZTE Blade 10 Prime then the solution is to just use Google Photos and hit auto and you’ll end up with the look that you crave.

The front-facing camera offers the same 16MP as the primary rear camera and at a still reasonable f/2.0. Unsurprisingly the results were extremely similar to those from the rear camera. I’m not generally someone that snaps selfies, but the same caveats for the rear camera apply here. In my experience, it captured my skin tone correctly, but that’s not always what people are shooting for. 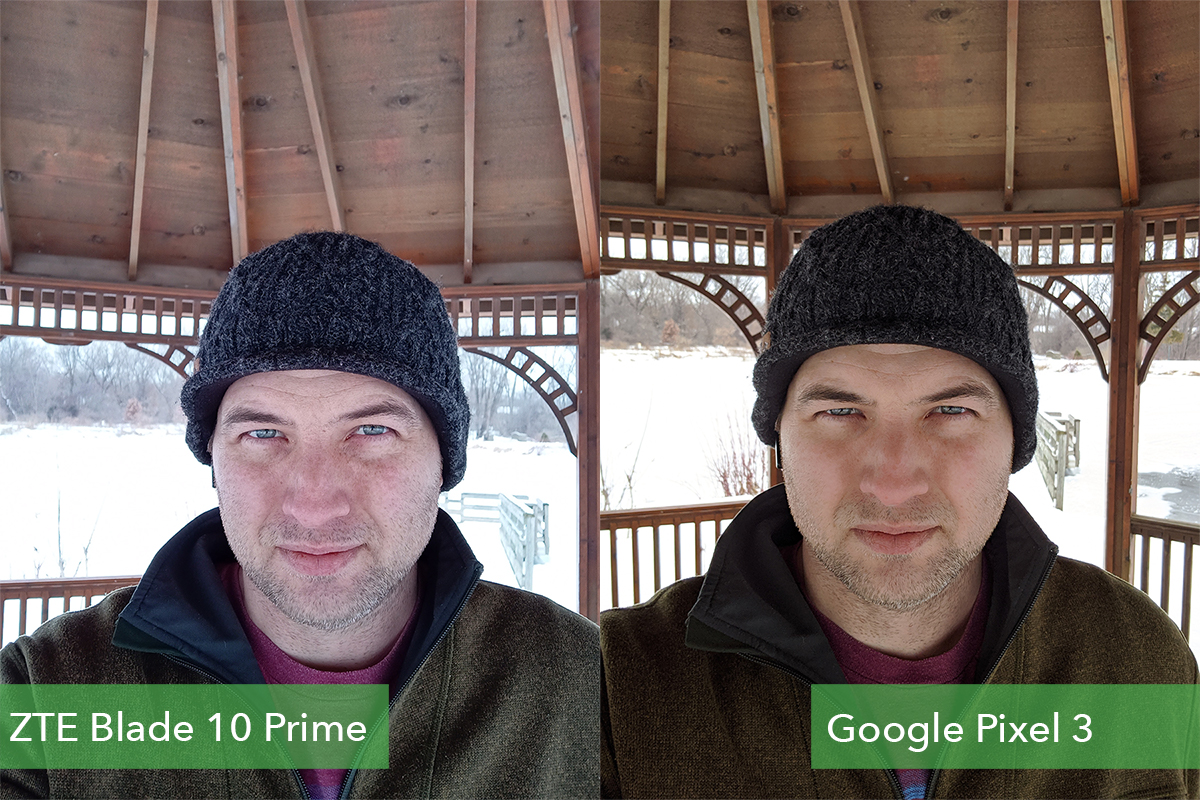 The camera app doesn’t have an abundance of modes or options like Huawei for example, there are just 6 options (Portrait, Manual, Panorama, Bokeh, Mono, and Timelapse).

I did have a bit of fun with Mono which isn’t something I have on any of my other phones. The feature shifts everything to black and white and then allows you to select a single color to keep. You can either select it using the red/green/blue color sliders on screen or by dragging an eye-dropper over the item with the color you want to keep. Not something you are likely to be using all the time, but it worked well.

The shot below shows that inconsistency I was talking about earlier, this was shot mid-day and while it was an overcast and generally unpleasant day, the Blade 10 Prime is considerably darker with a grey cast to the whole image while the Pixel 3 is pushing a bit cool on this one but is much closer to what it actually looked like. With that said the detail in the Blade 10 Prime was still great here and if you don’t mind doing a little editing it can be fixed quite easily in Google Photos or your photo app of choice. 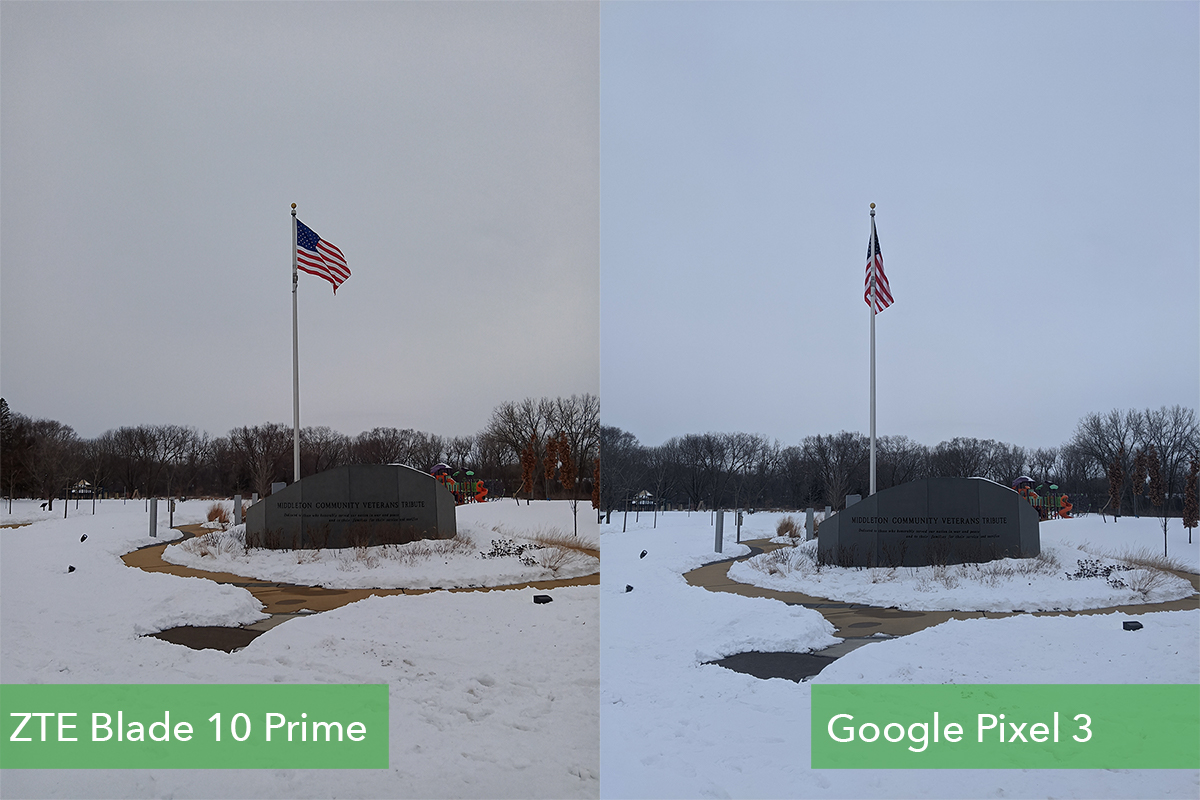 I don’t really have anything to say here as ZTE has blessedly done essentially nothing to this phone as far as the operating system is concerned. There are a couple of minor visual tweaks here and there, but for the most part, everything looks like stock Android 9 Pie and hopefully, that means there’s a chance of an Android 10 update in the future.

Now if you are sticking to a sub-$200 smartphone because you are a casual user, the Blade 10 Prime won’t have any problems getting you through the day. If however you are just being budget conscious and still make considerable use of your smartphone you should probably look to something like the [Motorola G7 Power](https://www.amazon.com/Moto-G7-Unlocked-Warranty-T-Mobile/dp/B07N9KQDVG/) or [ZTE’s own Blade Max 2S](https://www.amazon.com/ZTE-Blade-Factory-Unlocked-Phone/dp/B07H637DB1/) which both offer over 4,000 mAh batteries that should get anyone through a day’s use and beyond.

Now my standard daily driver is a 16-month old Pixel 3 and I am almost constantly using my smartphone, so I’m accustomed to having to keep my battery life in mind throughout the day. On days when I relied on the Blade 10 Prime as my main device, it was a fairly comparable experience, survivable if you are regularly near a charger as I am, but if that isn’t your situation you will find yourself in pretty desperate need of a charger or external battery by mid-afternoon.

As I said at the outset, I have definitely become more of a believer in budget smartphones over the past year. To be clear you are always going to be making some kind of trade-off, there’s no magic that allows a sub-$200 phone to perform at the level of a $600 smartphone let alone the $1,000 and beyond current flagships are demanding. You just have to decide which trade-offs you are willing to make in order to save $200 to $800.

The ZTE Blade 10 Prime delivers in a lot of areas with solid photo quality, respectable performance, and a great looking display. Battery life is unquestionably my biggest complaint with the slow camera launch coming in second. With those caveats in mind, if you need or want to stay below spending $200 on your smartphone the Blade 10 Prime is an excellent value.

The model I tested was the ZTE Blade 10 Prime which is available exclusively from Visible wireless. If you aren’t familiar, Visible is an MVNO that offers unlimited data, messaging and minutes for $40 a month on the Verizon network. At the moment the phone is on sale with them for $129 and includes a $100 prepaid Mastercard and a ZTE ZPad 8 tablet with activation.

The ZTE Blade 10 is the same device, but it is unlocked and will work with AT&T, T-Mobile, or Verizon. Not surprisingly you don’t get quite the same sweet deal that you get on Visibile as there’s no activation involved, but you can get the Blade 10 through B&H for $179.