Samsung announced the lower end Samsung Galaxy S10 Lite and Galaxy Note 10 Lite right before CES 2020, and at the event they have them on display. The devices trade in some of the high end specs of Samsung’s flagships for lower end parts, hopefully aiming at a reasonable price point.

The devices are extremely similar, both sharing a 6.7-inch 2400×1080 Super AMOLED display with a centered hole punch, 6/GB of RAM, 128GB of storage, a 4,500 mAh battery, a 32MP front camera, and Android 10. Where they differ is camera setups and a few different features. The Galaxy S10 Lite has a standard 48MP “Super Steady” OIS main camera, 12MP ultrawide, and a 5MP macro. The Galaxy Note 10 Lite has a 12MP Dual Pixel main camera, 12MP ultrawide, and a 12MP 2x telephoto with OIS. 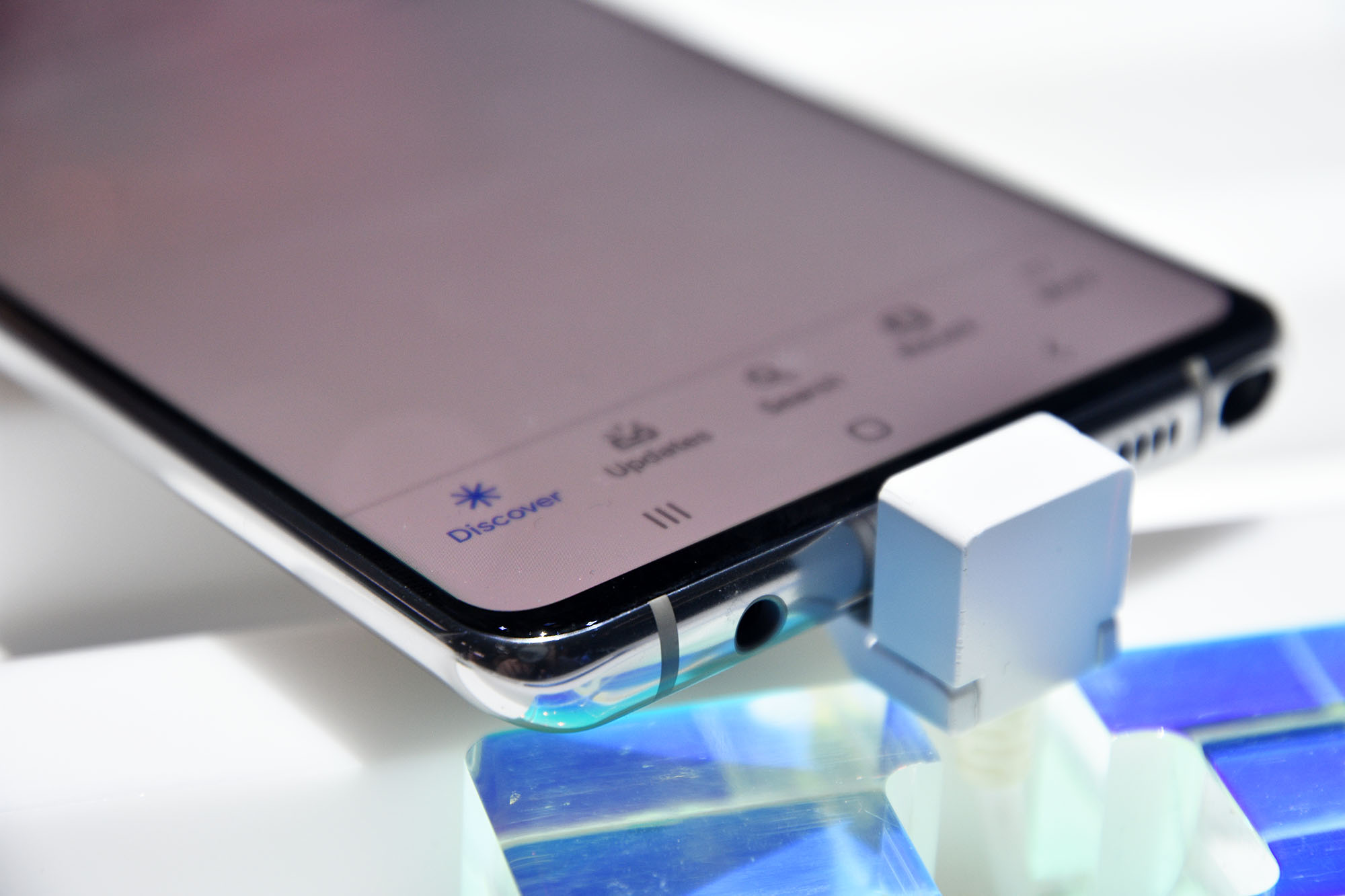 Both devices feel smooth and snappy thanks to the flagship processors. Apps stay in memory and multitasking is seamless thanks to the plentiful RAM. The lower resolution screens are a downgrade but are still plenty vivid and bright and benefit from being flat rather than curved, while the beefy batteries are an upgrade over their flagship counterparts. Having the three camera perspectives on the Note 10 is great, but both devices have cameras with some grain and noise. The camera is one of the biggest downgrades here.

It’s a real shame that the S10 Lite didn’t get a headphone jack, but oddly enough the Note 10 Lite did. The S Pen is definitely not the same unit but it feels smooth and responsive. 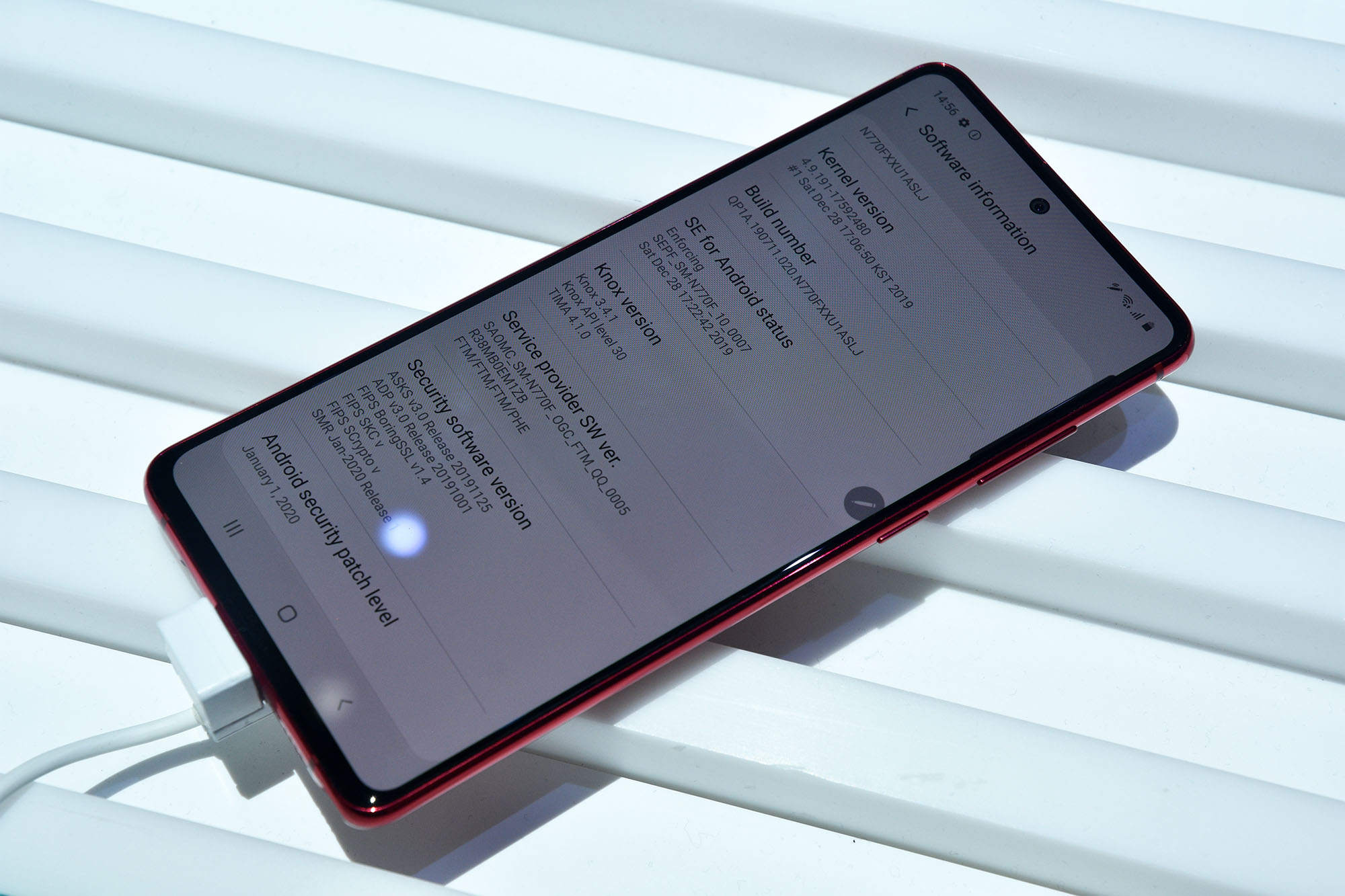 The software is Samsung’s regular One UI 2.0 on top of Android 10. It was great to see the January security patch already installed on all of the devices, and Samsung is working harder to keep their devices up to date. One UI is nice and functional but there’s plenty of bloat preinstalled. Folders of random games and apps appear in the app drawer, a downside of manufacturer skins.

Both devices are large but fit pretty well in the hand. With the flat screen, you’re not at as much of a risk of pressing the side accidentally while reaching your thumb over. Still, at 1080p you are at under 400 PPI and the screen density isn’t great. However it definitely doesn’t feel budget. 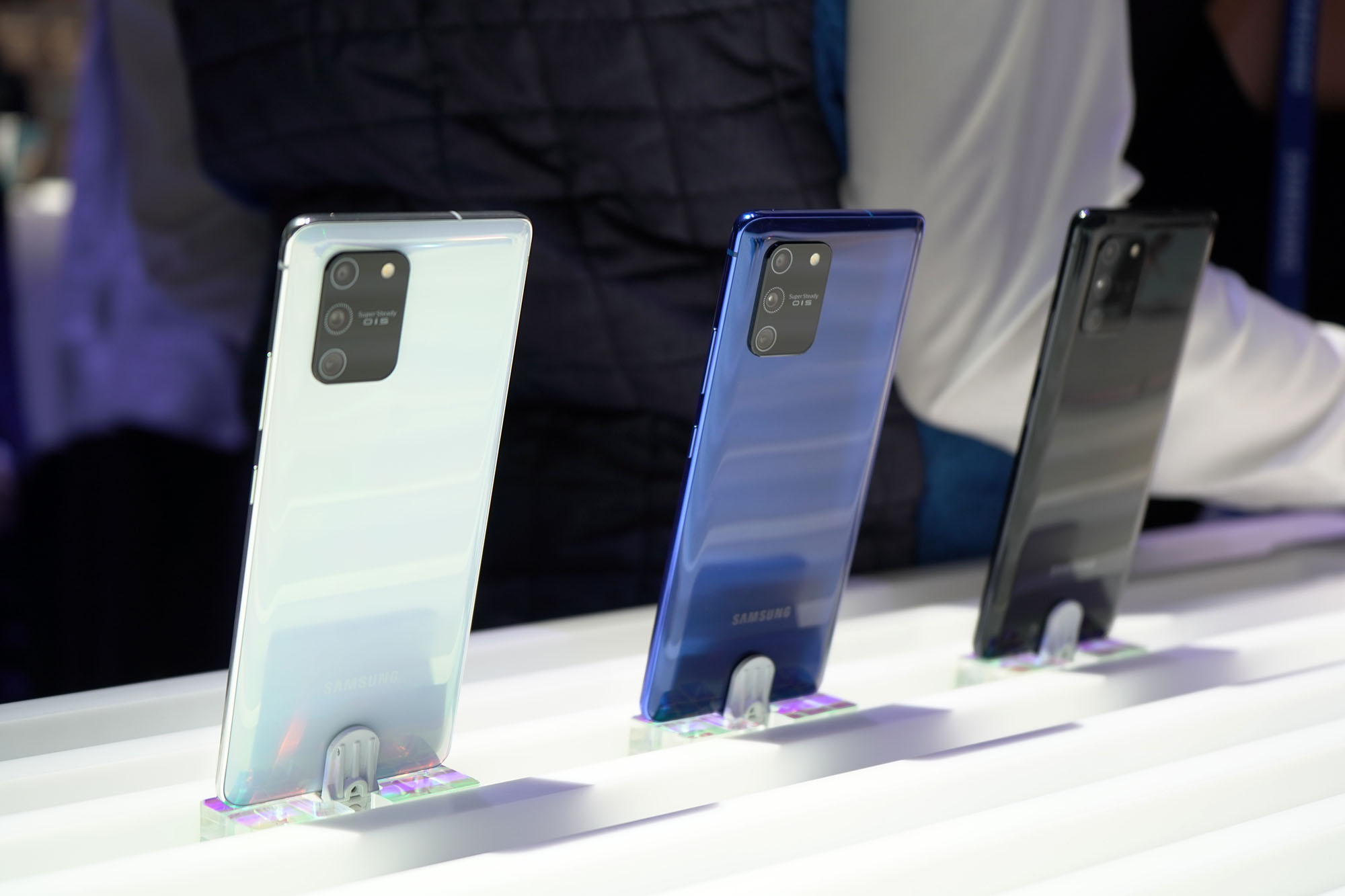 One detail we don’t know is price. Considering the specs, we don’t expect the base S10 Lite to be under $700, with the Note 10 Lite getting a higher price tag. We can’t imagine these devices being a fantastic value, but they’re good phones with some surprisingly solid specs.