It’s the end of 2019, so there’s a good chance that you’re familiar with the new WiFi 6 protocol or have at least heard of it. To keep things simple, WiFi 6 is the naming convention being used for the new AX Wifi protocol which can deliver speeds up to 9.6 Gbps while supporting 4x the number of devices on the network. With WiFi 6, users will be able to experience faster WiFi speeds, especially if they are not in the immediate vicinity of the router.

Save 81% at https://NordVPN.com/phandroid or use a code PHANDROID & get two amazing gifts: 4 extra months with the 3-year plan and the NordPass password manager app for free!

The only problem is that older devices are not able to take direct advantage of the features offered by WiFi 6. In 2019, Samsung and Apple are the only major players that have included WiFi 6 compatibility with their new smartphones.

So why do I think everyone should buy a Wifi 6 Mesh router setup? 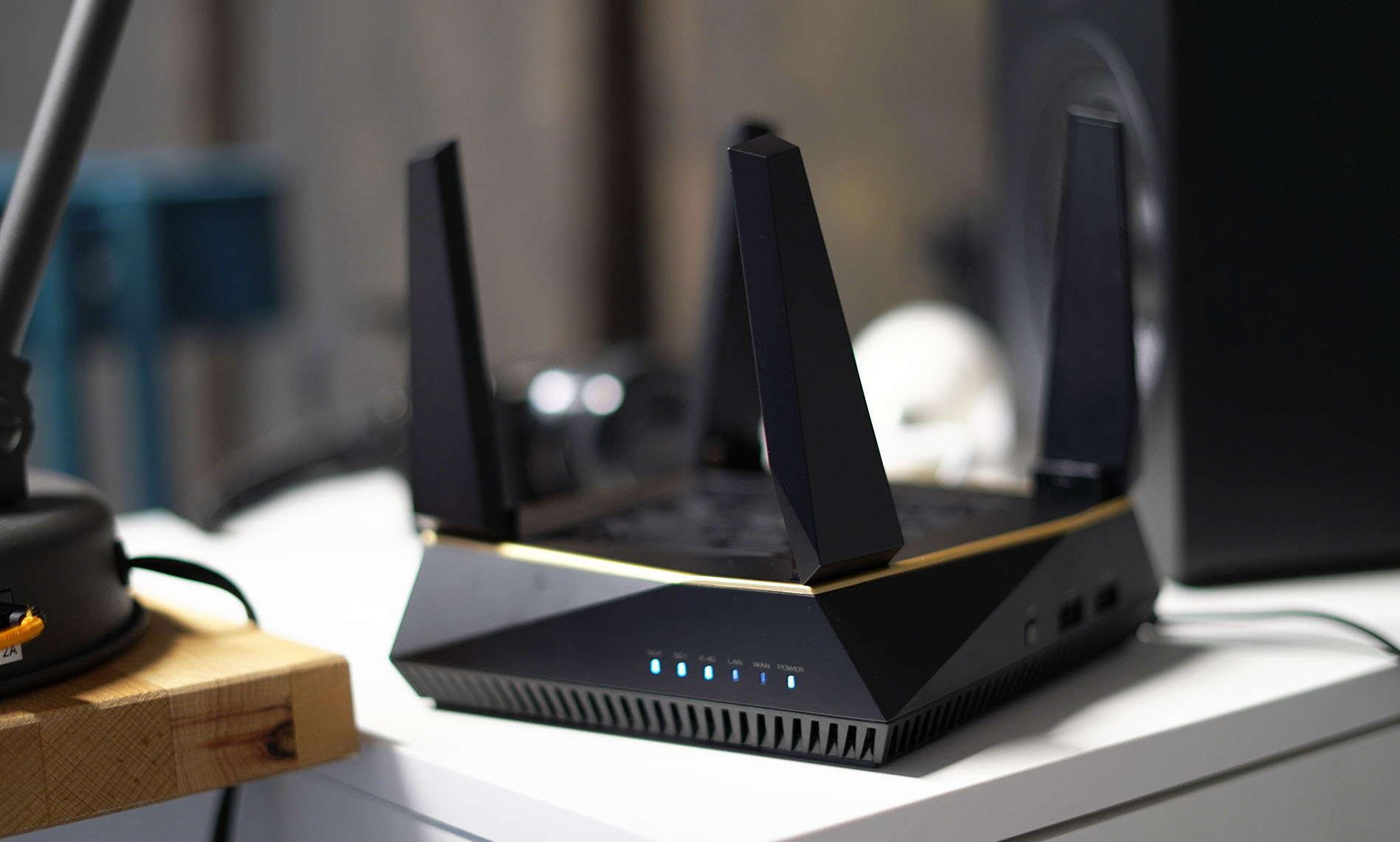 While a single router can do a decent job creating a home network for your smartphones, laptops, TVs, gaming console and other gadgets to connect to the web, a mesh router setup is extremely helpful in maximizing that connection if you have a large house or have one with multiple WiFi dead spots. For my home office setup, a mesh system is essential. I have a 1Gbps fiber connection thanks to AT&T, but all the speed is pumped into my house on the first floor (with the modem and AT&T router tucked away behind the living room couch) while my office is up on the third floor.

On a typical day, a speed test over WiFi in my office never exceeds 150 Mbps, while those speeds easily triple if I’m doing the test in the living room. With a Mesh setup using the older WiFi 5 protocol, I’ve been able to improve the speeds in my office by about 15-20% over the single AT&T router. Getting close to 200 Mbps download and upload speeds over WiFi in my office is really nothing to complain about, but I wanted to test out a Wifi 6 Mesh setup to see if it could offer an ever greater speed boost.

To test out this theory, Asus sent over the Ai Mesh RT-AX92U AX6100 Wi-Fi system which features two WiFi routers for its mesh network setup. While my laptop and the smartphones I use on a regular basis are not able to connect to the WiFi 6 signal, the routers communicate between themselves over a dedicated WiFi 6 backhaul channel with transfer speeds up to 4804 Mbps, allowing them to rebroadcast the data over WiFi 5 at much faster speeds. 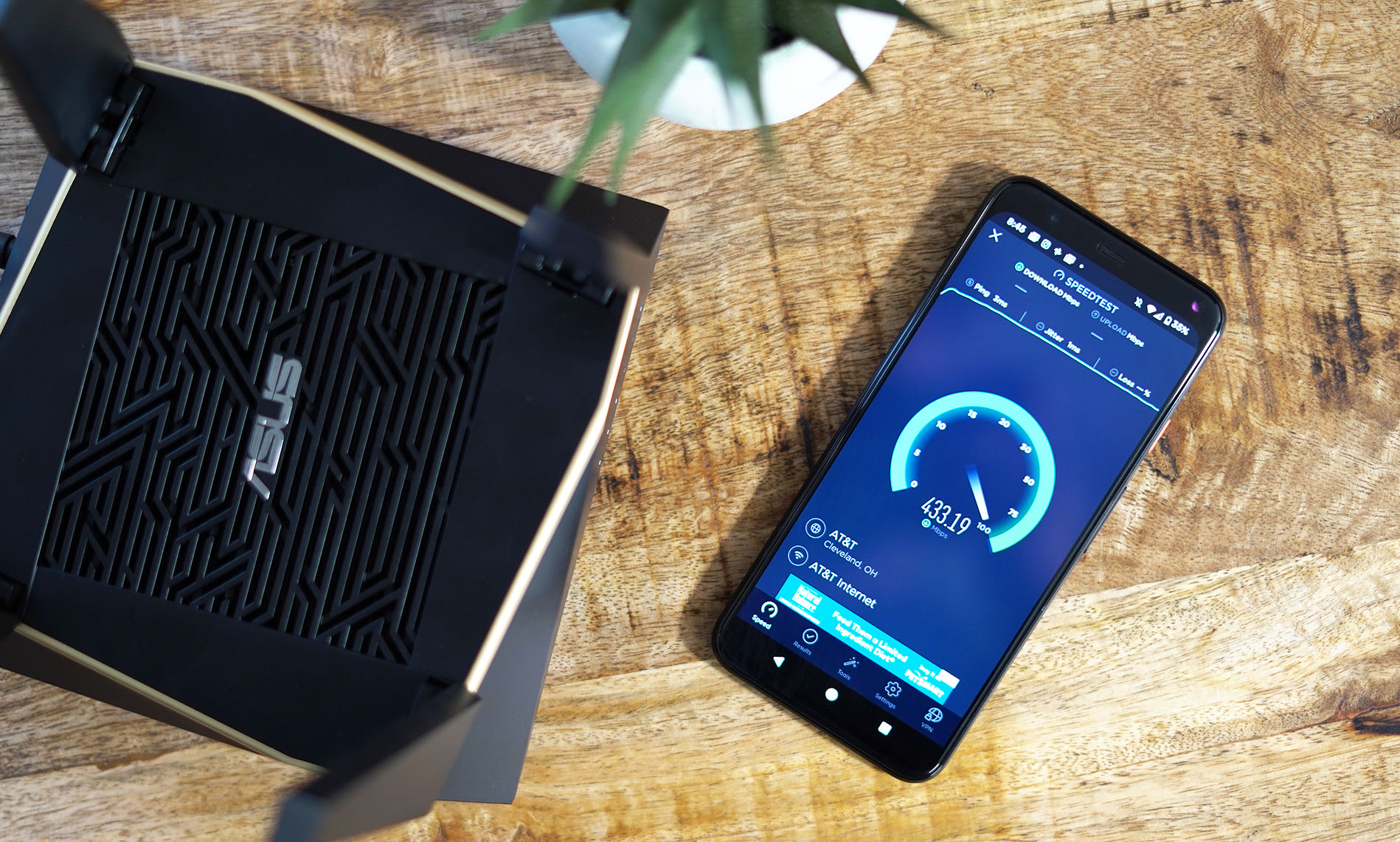 The results speak for themselves. After connecting the main ASUS RT-AX92U AX6100 router to my fiber modem in the living room and plugging in the second one up in my office, speed tests showed the mesh network delivering download speeds of 425 Mbps and upload speeds in excess of 500 Mbps!

For my specific setup, the speed degradation using the WiFi 6 ASUS RT-AX92U AX6100 mesh routers was less than 15% compared to 50% when using WiFi 5 mesh routers. Even if your home internet is a lot slower than the 1Gbps speeds I have, you’ll see a significantly lower speed drop off between mesh router nodes if they are communicating over WiFi 6 as opposed to WiFi 5. This will ensure that your devices as connected to the web over the fastest wireless connection possible.

The Asus AiMesh ASUS RT-AX92U AX6100 is currently the cheapest WiFi 6 mesh network system on the market, selling between $350 and $400 (depending on holiday discounts). The ARRIS SURFboard mAX Plus Mesh AX7800 for $410 is a little more expensive and then there’s NETGEAR Orbi RBK852 Mesh WiFi 6 System for $650 which promises to deliver even faster speeds. These routers may not be getting the same attention at the new Nest WiFi from Google, but they should all deliver much faster speeds, especially for new devices using the new WiFi 6.