Mid-range phones have become quite interesting lately. While the category used to be filled with bland designs with mediocre specs, devices like the new Motorola One Hyper have been able to stand out by delivering unique features at an affordable price.

The first thing to stand out is that Motorola is delivering a blatware0free smartphone running on Android 10 right out of the box. This means the phone will likely have less than 20 applications installed when you boot it up for the first time. This may not sound like a big deal, but we absolutely love it when we get a new phone that’s no bogged down with a dozen or so applications that we’ll never use. 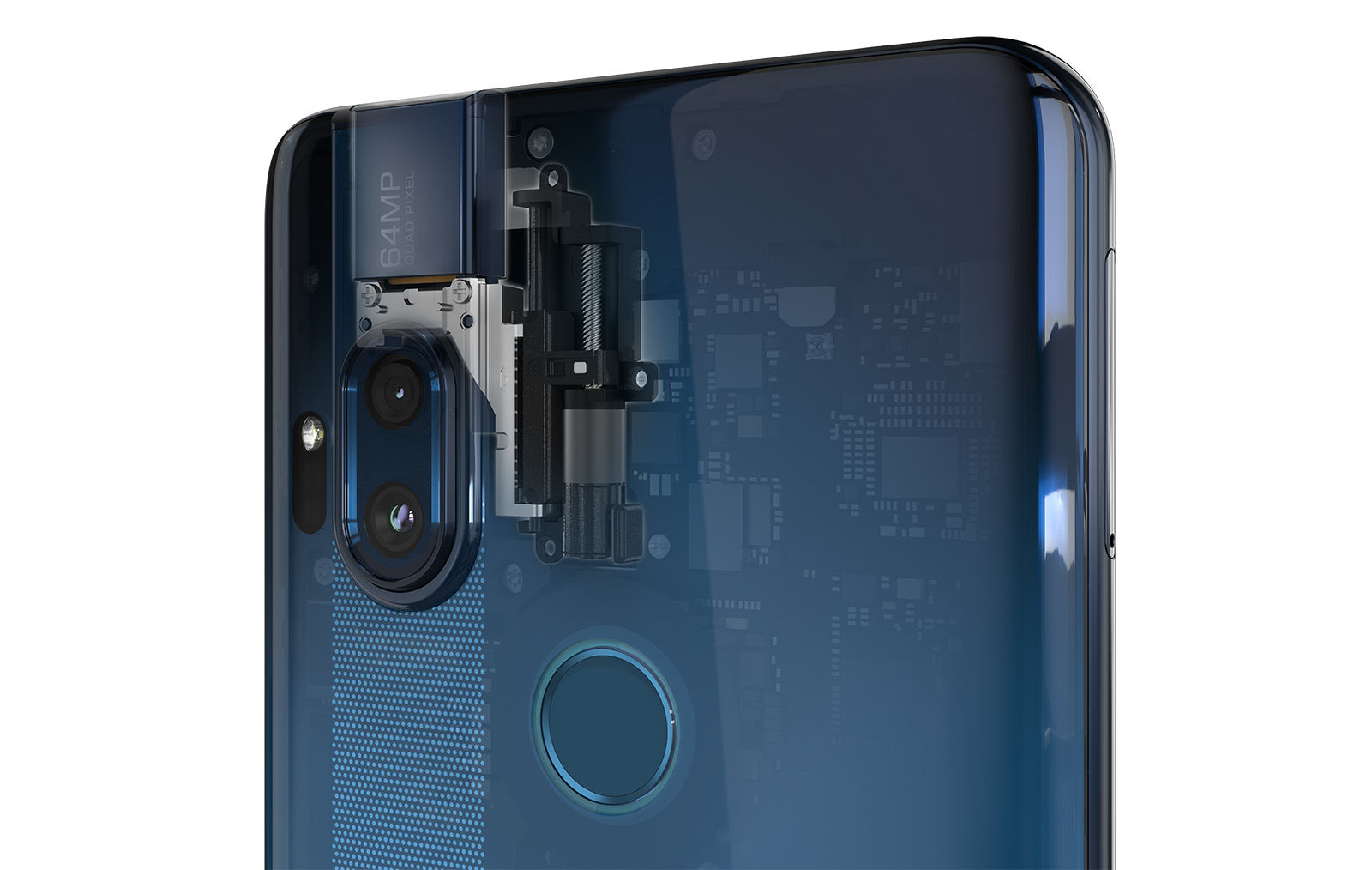 When it comes to design, the Motorola One Hyper features an edge-to-edge display thanks to the phone’s pop-up mechanism for its 32MP front-facing camera. The back of the phone may look like glass, but it’s actually plastic with a textured strip that lines up with the camera module, giving the phone a distinctive look.

Since this phone will be selling for $400, it’s not surprising that it is powered by a Qualcomm Snapdragon 675 SoC with only 4GB of RAM. That being said, users will get a 6.5″ FHD+ display, 128GB of storage, microSD card support (up to 2TB) and a nice 4,000mAh battery with support for 45W quick charging.

On the camera front, Motorola will be using the Google CameraX API which will allow third-party applications to use its various portrait ad night mode settings, giving users the best camera experience possible regardless of which camera app they use. The phoe’s 32MP front-facing pop-up camera will be capable of capturing some incredibly high-resolution selfies, but Motorola will be recommending its Quad Pixel technology which delivers 8MP shots with pixel binning for more detail and better low light performance. The same feature will be available for the phone’s 64MP main camera which will be optimized to output 16MP images capable of capturing 4x more light. The second rear camera sports an 8MP sensor paired with a 118° ultra-wide angle lens, giving users more flexibility when capturing the world around them.

The Motorola One Hyper is already available directly from Motorola’s website in the US ad will be sold in Latin America and select countries across Europe as well. For a limited time, Motorola is throwing in a free Moto G6 or Moto G6 Play when you purchase the Motorola One Hyper. Apparently, they’re looking to clear out their inventory of the older phone before the new year.

Motorola to return to glory by making flagshi