How Do Playtech DC Comics Games Fare on Android?

There is no end to the number of DC Comics and Marvel games for Android, but perhaps the range of games with the highest stakes for the developers – literally – is the range of DC Comics casino games created through the partnership with Warner Bros. (DC’s parent company) and top iGaming company Playtech. It’s over two years now since the massive deal to create content for online casinos was struck between the pair, and since then we have seen around 20 release for the series. Despite everything else, it is one of the of most ambitious projects ever seen in iGaming.

The thing is, though, these games were created with the view of delivering a spectacular casino experience – big, bold graphic, movie clips and special features are woven through the games, all designed to dazzle the player. Casino play is shifting dramatically to mobile, however, so it was questioned whether the experience would be somewhat diminished on the small screen of a smartphone.

Playtech optimized the games for mobile

Thankfully, this is not the case. Playtech has optimized the games for mobile play on Android and iOS devices. Indeed, instead of shoehorning the desktop version of the games into the mobile format, they have released separate versions that work better on the smaller screen. At times the graphics might not have the same impact, but all the elements that make the games so thrilling are kept intact.

If you haven’t experienced online casino games before, it might surprise you to learn what these games are like. If we take for example, Man of Steel, which is among the most popular DC games around. Casino.com is one of the best sites to carry this game if you wish to check it out, but, as you might imagine, it is based on the Superman film of the same name released back in 2013. When we say based on, we mean that it uses the images of the actors like Henry Cavill, Kevin Costner etc., real clips from the movie and music.

Games have many special features

Much of those branded elements are carried over from the desktop to Android version, but the important aspect is the gameplay. Games like Man of Steel offer a multi-faceted experience. There is, for example, an unlimited free game feature where Superman and General Zod do battle across the reels. Another feature – The Krypton Bonus – takes place on a second screen. Other features like the Earth Engine Bonus mean that players rarely get bored.

Looming above everything else, however, is the DC Superheroes Jackpot Game. This is a series of cash prizes linked through every DC Comics game hosted by Playtech. The jackpot game is awarded randomly, a winning spin is not even needed, and this will award one of four progressive jackpots to the player. Progressive jackpots are those funded by taking a small percentage from each spin, growing until it is awarded to an individual player. The top prize in these DC Comics games can reach millions. 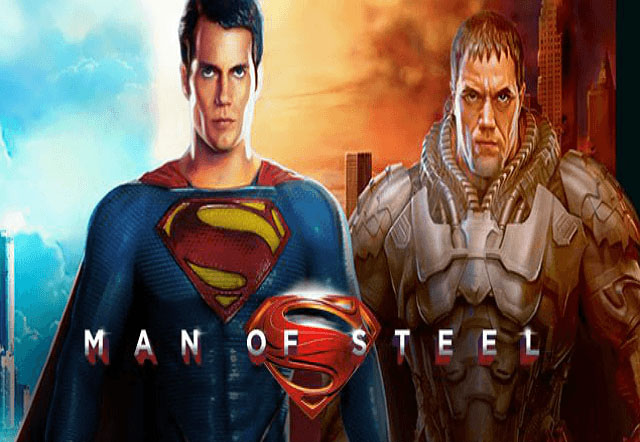 Of course, casino slots aren’t to everyone’s tastes, but there is such a breadth of variety in the way these games have been created, there is a fair chance you will find something that you enjoy. The games work perfectly on Android devices, and you should remember that even a small wager gives you a chance at hitting that superhero-sized jackpot.