The Huawei Mate 30 Pro is finally here, delivering all the best tech Huawei could get its hands-on and cramming it all into a sleek new design. Like always, Huawei’s Mate devices push the limit of photography and performance, giving it an edge over most other flagship smartphones.

Since everyone else appears to be moving to the square camera module the Mate 20 Pro introduced last year, the Mate 30 Pro is changing things up again. The design of the phone is said to be designed by the iconic look of professional cameras with a round camera module on the back and streamlined edges with 3D glass on the back for a more comfortable fit in your hand.

The horizon display features an 88-degree curve which literally curved over the edge of the phone, leaving you with no side bezels. There’s still a large notch up top, but Huawei has managed to shrink it down significantly when compared to the Mate 20 Pro. 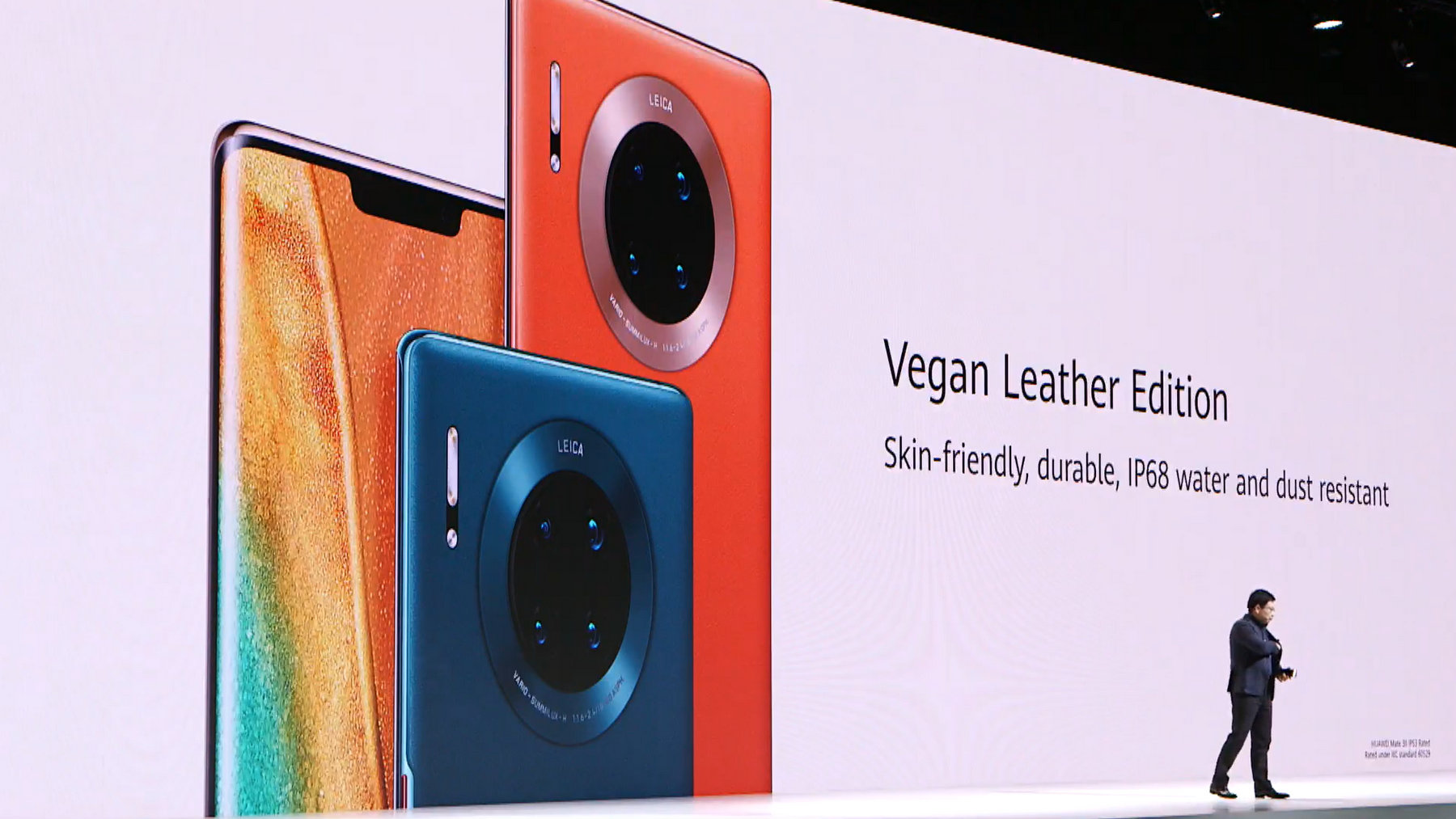 On the side of the phone, you’ll find an accented power button, but you won’t see a volume rocker since it’s been replaced with invisible virtual keys which allow you to change the volume by sliding your finger on the side of the display or snap a picture in the camera by tapping the edge. The concept is a bit different than what HTC introduced last year on the U12+ since the Mate 30 Pro uses the display for touch recognition rather than capacitive buttons on the site.

The phone is available in a variety of color options including a new Emerald Green which features a gloss to matte gradient finish. But the true highlight when it comes to finish is the inclusion of Orange and Forest Green vegan leather bodies which replace the glass back we’ve seen in the past two versions of the Mate lineup.

The 6.53-inch flexible AMOLED display which reduces harmful blue light by 25%. While the phone has a larger display than the iPhone 11 Pro, thanks to the thin bezels, the phone’s body is not as wide as the iPhone’s. 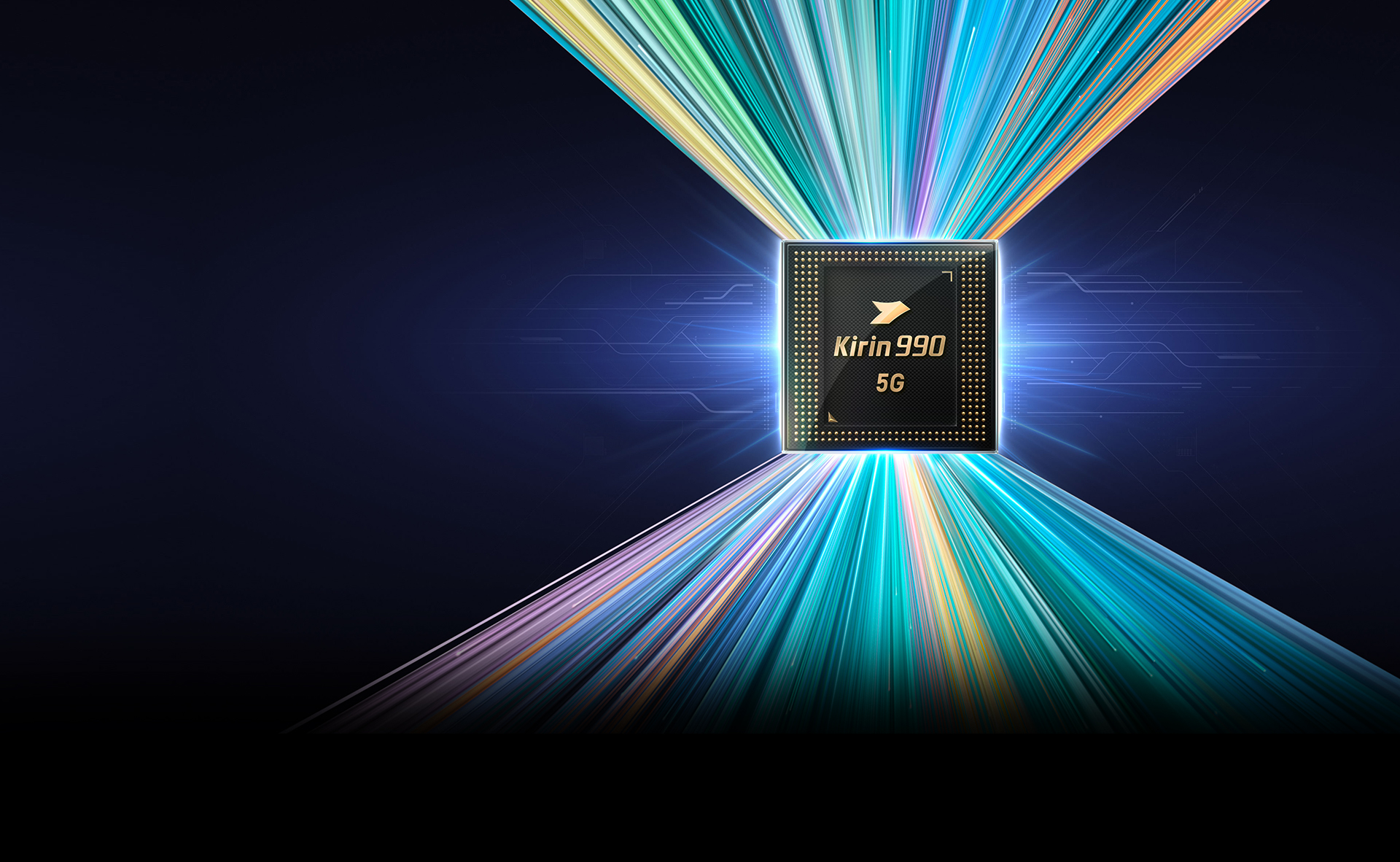 When it comes to power, the new Kirin 990 is sure to impress. Kirin 990 5G features built-in 5G on Huawei’s new 7nm architecture which delivers a 22% improvement to the CPU, 39% boost to the GPU while also delivering a 20% increase in power efficiency when compared to last year’s chipset. The phone also includes a new graphene film cooling system which allows the device to stay 3.9CC degrees cooler than the competition.

From a connectivity standpoint, the phone is equipped with 21 antennas with 14 dedicated to 5G, more than doubling what current 5G smartphones offer with 8 5G bands to support 5G networks across the globe.

Since the phone is pretty big, Huawei was able to fit in a 4500 mAh battery which should give most users more than enough power for a long day. Due to the efficiency of the phone’s 5G chip, the Mate 20 Pro delivers a 50% increase in battery life over the Samsung Galaxy S10 5G when connected to 5G networks.

To charge the battery, Huawei has included 40W charging and has also delivered 27W fast wireless charging which is faster than many smartphones can charge with a cable. After introducing reverse wireless charging on the Mate 20 Pro last year, Huawei has iterated on the tech by increasing the reverse charging speed by 300%, allowing you to charge a friend’s phone or your Qi-compatible smartwatch, headphones or other accessories. And speaking of accessories, Huawei also introduced a few charging accessories like a 40w  power bank, 40w car charger and a 27w wireless car charger dock.

As powerful as the phone is, the Mate 30 Pro’s main highlight is its camera system which is comprised of four sensors:

Huawei keeps pushing the limits of low light photography by increasing the ISO to more than 400,000 versus the industry average pf 6,400. From a video standpoint, Huawei is finally catching up with 4K/60fps, but its also including 1080p video at 960fps and going even further to 7680fps at a lower resolution. The sensors also allow for 4K HDR+ timelapse and real-time bokeh in video and 51200 iso to capture as much detail as possible while recording video in low light.

While the main camera is an improvement over last year’s model, the second 40MP camera paired with an ultra-wide-angle lens is no longer a step-down. It will match the performance of the main sensor when it comes to image quality and low light performance. Anyone who has tried using an ultra-wide smartphone camera in low light situations can tell you how important this truly is since those sensors are usually far inferior to the main sensors.

No Google Play or Google Services

Due to the trade ban imposed by the US on Huawei, Google Play and none of Google’s apps or services will be available on the Huawei Mate 30 Pro. Users will have access to Huawei App Home which will act as the default app store on the device as it does in mainland China.

Many of the apps Android users know and love are available through the Huawei App Home and the company is investing more than $1 billion as an incentive for more app developers to make their apps and games available through its store.

Since the phone is running Android, users can always sideload their favorite applications onto the phone or use a third-party app store of their choosing.

Launch dates and market availability were not shared. The phones will likely be available across Europe later this month or in early October, but there’s little chance that Huawei will be selling its the Mate 30 Pro in the US.