The Moto G line has long been the go-to for budget phones. Rocking stock Android and very decent specs, one could argue that Motorola really brought the budget phone into the modern age, offering much of the same experience as higher end devices but for a much lower price.

Long gone are the days of awful budget phones; now you can buy a sub-$300 phone and enjoy it for years to come. The Moto G7 is no different, but Motorola really stepped up their game in a few places.

On the front you’ll find a 6.2-inch full HD LCD panel with a 19:9 aspect ratio. The bezels aren’t very thin but they’re minimal and the tall aspect ratio and small teardrop notch really give the device a modern, high end feeling. This display is bright, colorful, and even though it’s not OLED, looks fantastic for the price.

On the back is a slab of curved glass over a really classy white color. The camera ring up top protrudes quite a bit but is protected by the outer ring, and the fingerprint sensor doubles as a Moto logo. 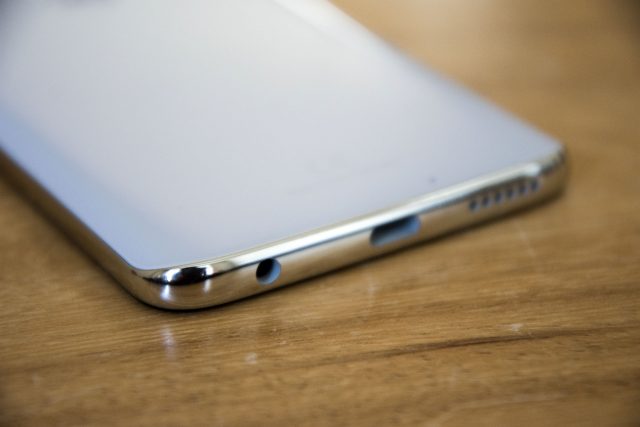 The sides are a stainless steel-esque chrome, though it’s made of plastic. You’ll find a USB-C port and a headphone jack on the bottom (a headphone jack is a huge bonus) and the three buttons on the right side. Overall this device looks great, almost indistinguishable from a flagship.

This is where Motorola knocked it out of the park. If you didn’t tell someone this phone costs $299, they would never know. The chrome frame (plastic but with a surprisingly solid feel) mixed with the curved glass and gorgeous white color give off a flagship impression both in the eyes and in the hand.

Everything feels solid, there are no creaks, and you won’t be disappointed for this price point or double that. Even the power button is nicely clicky and heavily textured with ridges to find it easier. 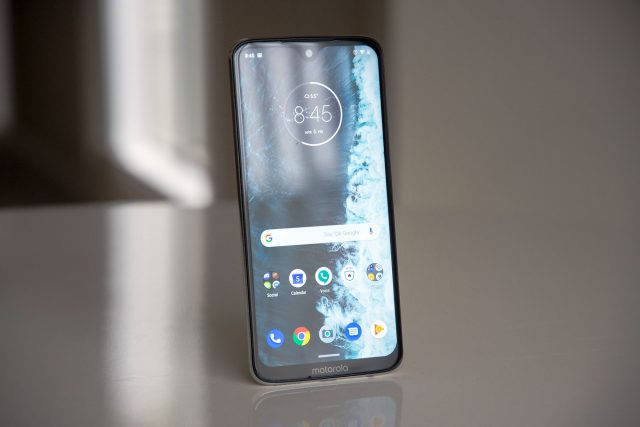 Motorola doesn’t try to set itself apart with a gimmicky skin and a rearrangement of all the basic features and settings of Android. No, Motorola uses an almost entirely stock version of Android 9.0 Pie on this phone. The only real modifications are a “Moto” app filled with features and a Dolby audio profile.

This means you will have a quick, smooth experience free of frills and issues. Some may find it a bit dull, but others love the simplicity and speedy performance.

However, Motorola did add some amazing features that define Moto devices. Inside the Moto app, you’ll find a few gestures. Doing a “karate chop” motion turns on the flashlight, twisting it twice fires up the camera, flipping the phone turns on Do Not Disturb, and a lot more. These features can be individually enabled or disabled, and some of them are great time savers. The camera shortcut is something I especially love.

Motorola also added a swipe navigation mode, similar to Google’s “pill” but with a swipe gesture replacing the back button. Frankly it’s one of the best on the market and should be enabled as soon as you get the device.

There’s also Moto Display, another huge draw for Moto devices. This will illuminate the display when you move your hand close to it. You don’t even have to touch it! It shows the time, date, and battery percentage and will show your notifications when they’re available. You can even interact with the notifications, clearing them or opening them directly. Not only can you check your phone on your desk, but you can check the time without hitting the power button. It’s an amazing feature I wish was on more phones, and one of the first (and best) implementations of the “always on display.”

One issue you’ll run into is that stock Android does not guarantee quick software updates. The device may have launched on Pie, but it’s still stuck on the January security patch as of May.

The Moto G7 features a decidedly mid-range Snapdragon 632 processor. Though it’s not the top of the line 800 series we’re so used to, the device performs surprisingly well. The overall experience is decently smooth and snappy.

The biggest difference between this and a flagship is going to be load times. Opening apps will generally take significantly longer than a flagship phone, though it’s far from unbearable. In fact, after some time you may not even notice it anymore.

There are also frame drops and stutters here and there: animations will never be buttery smooth. But with a sizeable 4GB of RAM, loading it up with apps is difficult and you won’t see apps being randomly killed in the background too often.

WiFi performance is a major disappointment here. Though my home internet connection offers 150mbps of download speed, the Moto G7 never registers more than 30. Even worse, it doesn’t feel like anywhere near 30. Photos load fairly slowly when using apps like Instagram and Reddit and general network performance is substantially slower than any other smartphone I’ve used in recent times. This isn’t a hardware spec limitation, as the device supports 802.11n, but something is up as the G7 Power shares this problem. 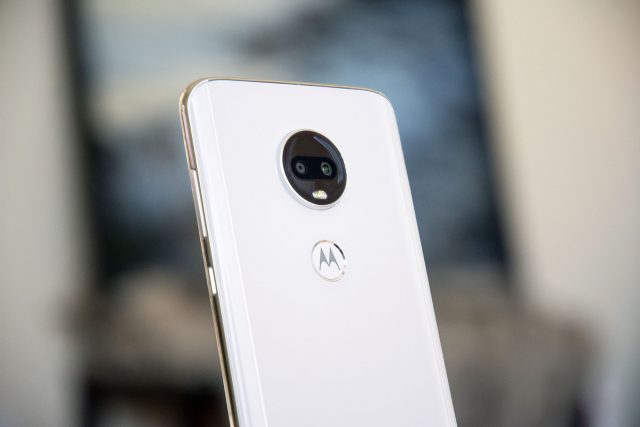 The camera is the G7’s weak point. While many budget-minded options do well in the day but lack low light performance, this camera lacks at all times. Daytime photos have some mild distortion and artifacts if you zoom in closely, and very low light shots are just plain bad. However, it’s still a very usable camera and photos in decent light look pretty good.

Every time you take a photo, the phone processes the photo for a bit of time afterward even if you close the app. This isn’t a negative, as even the Pixel 3a will do this.

Motorola added a level to its camera app which is wildly useful. I wish all apps had a level that allows you to get the rotation just right. 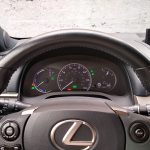 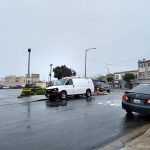 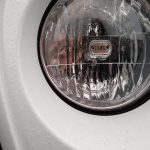 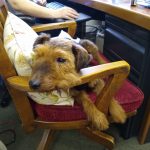 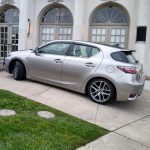 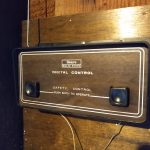 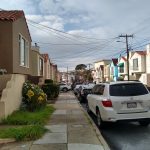 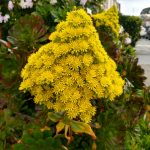 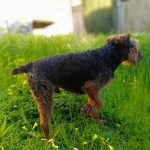 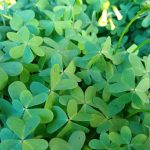 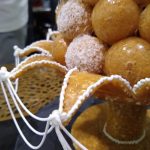 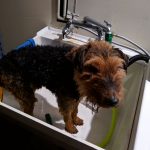 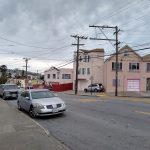 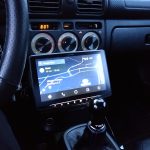 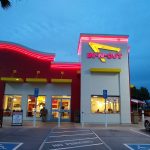 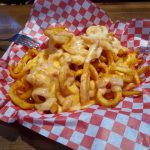 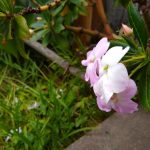 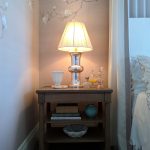 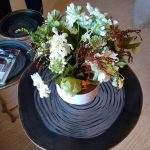 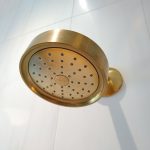 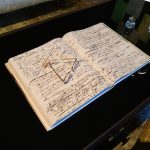 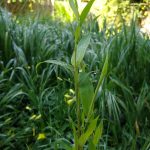 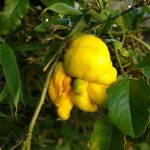 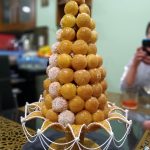 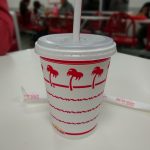 With a 3,000 mAh battery powering such a large display, battery life wasn’t going to be great. But it was a bit surprising to find that the phone rarely lasted a full day with moderate use. This is of course in the hands of a power user, and most people will likely see it last an entire day without needing to be topped up.

One major issue I found is that the device won’t charge via any USB-PD or Qualcomm Quick Charge-enabled chargers. It will constantly toggle between charging and not charging every second in an infinite loop. You’ll either need to use the OEM charger or a charger with a standard 1 amp output.

Now this won’t be a big deal for most, as using the stock charger is perfectly fine. But for a budget phone, needing to potentially rebuy your travel chargers and battery banks is a massive pain. This strange incompatibility, especially with Android’s reputation for universal standards, is concerning. 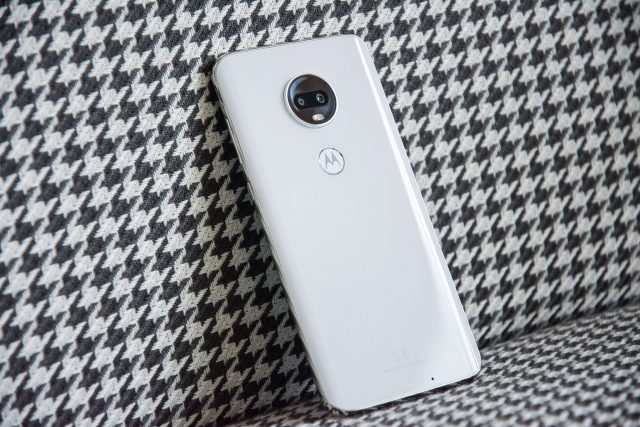 The Moto G7 looks amazing, feels amazing, and performs pretty well for the price range. The low tier camera can be forgiven when so many other aspects were knocked out of the park. For $299, it’s really hard to complain when you get a USB-C port, a headphone jack, and an awesome display.

However, there are a few issues that really hurt the experience. The poor network performance and the charging issues in particular are unacceptable at any price point. The battery life was a disappointment as well, despite the sizeable battery.

For $100 more, you can get yourself a Pixel 3a and get better performance and a stellar camera in exchange for a dated design and far inferior build quality. For $50 less, you can pick up an Honor X series device which will definitely have a better camera and better battery life. However, the G7 remains a solid purchase. We just hope Motorola won’t drop the ball with updates.