Google is preparing to enter the “affordable” market with the launch of the Pixel 3a and Pixel 3a XL, which is hinted to be happening at Google I/O on May 7. With the rise of devices aimed at the mid-range, Google is attempting to replicate the success of Android smartphones like the OnePlus 6T, with a slimmed down version of the Pixel 3 launched last year. However, with the current state of the Android market as well as what we know about the Pixel 3a and Pixel 3a XL, here’s why the devices will be DOA.

The pricing of the Pixel 3a and 3a XL has already been leaked to offer an interesting insight into what Google considers the affordable bracket. The Pixel 3a is set to be priced at $500 with the Pixel 3a XL converting to around $600. Considering you can purchase a brand new Pixel 3 for $599 or a Pixel 3 XL for $699, the pricing of what Google is calling mid-market doesn’t exactly represent much of a saving. This is further compounded when factoring in the cost of the OnePlus 6T, which you could pick up for $550. Consider picking up a second-hand Pixel 3 or Pixel 3 XL and all-of-a-sudden you’ll be in a situation where the affordable Pixel 3a series with lower-end specs than the Pixel 3 counterpart actually costs more.

Releasing the devices at such a high price point means they simply cannot compete, especially given the savings to be had on the Pixel 3 range in the second-hand market. The situation would be completely different had the mid-market Pixel 3a been released at the same time as the regular Pixel 3’s offering an affordable alternative to the $799 RRP.

A pure Android experience curated by Google on Pixel hardware is compelling and priced below what seems to be the normal $1,000 price tag for smartphones these days becomes very appealing. However, for Google to hit the price point of the lower-cost Pixel 3a and Pixel 3a XL, it had to make some compromises. The body, for example, will be made of plastic, while you’ll also lose the second front-facing camera on the Pixel 3a and Pixel 3a XL, as well as the front-facing stereo speakers. The processor also takes a hit with the Snapdragon 670 and Snapdragon 710 powering the Pixel 3a and Pixel 3a XL, respectively. In a world where devices like the OnePlus 6T, Huawei P20, and even the Samsung Galaxy S9 exist, which has some amazing deals now that the S10 is out, a budget Pixel device at that price with those specs is untenable.

For reasons that are unbeknownst to the wider public, Google is releasing the Pixel 3a and Pixel 3a XL a full 7 months after the Pixel 3. That timeframe in the phone world is a lifetime – in that time foldable phones have gone from a concept to reality. Google should have released these devices alongside the regular Pixel 3 as an affordable alternative for those not wanting to pay full price because, in those 7 months, it has allowed last years’ flagships to depreciate in price. As with any technology, the internals have also progressed so what was brand new in 2018 is now old news in 2019.

The OnePlus 7 is right around the corner and OnePlus has come along massively as a company. The OnePlus 6 and OnePlus 6T, while making some obvious omissions when compared to the likes of the Galaxy S series, provide a true flagship experience that most will appreciate for a fraction of the price. When you have a company like OnePlus providing a near stock Android experience paired with the latest processor, more RAM than anyone needs, and a decent camera package, there is no place for a budget Pixel that costs more. This is only amplified when other companies are joining OnePlus in its strategy releasing lower-priced devices with flagship specs.

Releasing at the proposed price point of the Pixel 3a and Pixel 3a XL is troublesome given the vanilla nature of the software. The experience on a Pixel is the pinnacle of Andriod, so it may seem like an odd point, so hear me out. Typically, your buyer that appreciates the pure nature of a Pixel understands what that means, and those are the likes of you reading this article. Your average consumer who doesn’t spend thousands of dollars on their device isn’t going to understand what it means to have a Pixel. What they are going to see is that the Pixel 3a and Pixel 3a XL has the bare bones software with no added bells and whistles while this Galaxy <insert random model here> has a ton of ‘extras’ that typically an Android enthusiast would hate. But, if that Samsung device can do all these extra cool camera tricks, the Pixel’s main selling point of regular updates isn’t going to appeal, especially when it’d most likely cost more.

Let me round this off by saying this is purely my opinion – I think the Pixel 3a and Pixel 3a XL will arrive too late and it has a number of established competitors from the likes of OnePlus and the depreciated 2018 flagships, including the Pixel 3 and Pixel 3 XL themselves, to compete with. Simply, if the price point leaks prove true, I can’t see Google shifting a lot of these.

But, let me know your opinion in the comments below – do you agree, disagree, don’t care? Would you buy the Pixel 3a or Pixel 3a XL and who do you think it’s for? Let us know. 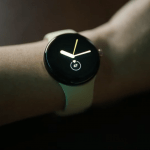 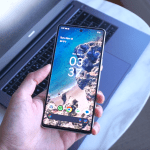