At a launch event in Paris, Huawei officially pulled back the curtain to unveil the new Huawei P30 and Huawei P30 Pro, two new flagship devices which are poised to give Huawei an even stronger foothold in the smartphone space. While the devices share the same basic design and most internal components, the Huawei P30 Pro packs in a larger display, battery and camera technologies which make it a more appealing option for those who want the best of the best. 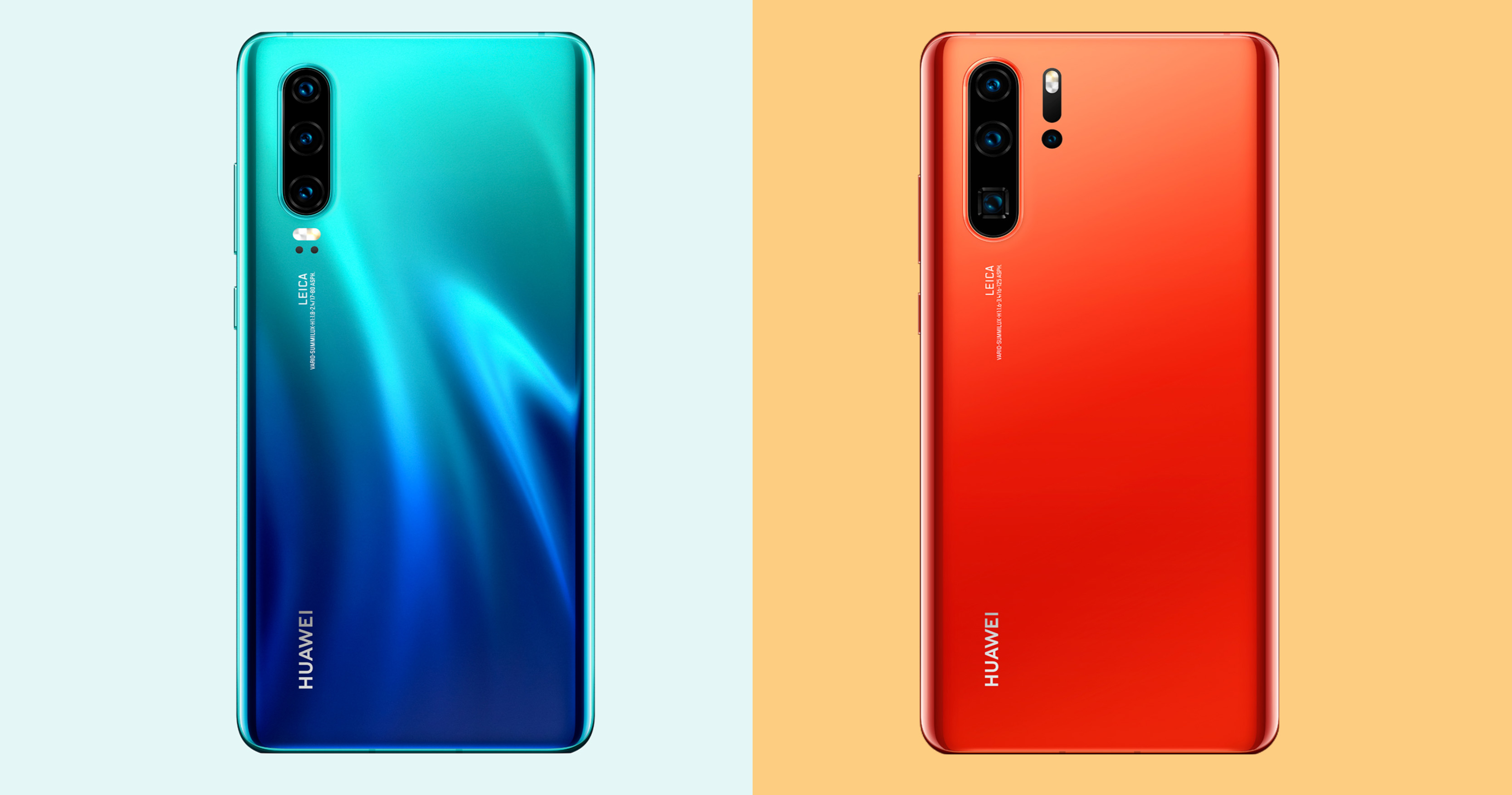 We’ll start things off with the design of the Huawei P30 and P30 Pro. Both phones feature glass on the front and back with a metal frame sandwiched between them. Rather than cutting out a hole in their OLED displays, the P30 and the P30 Pro both feature centered notches which only measure 6.6mm across, making them smaller than most smartphone notches we’ve seen to date. Huawei has also eliminated the speaker at the top of the phone, replacing it with new acoustic display technology which allows the display to vibrate to create sound just like LG has done with the new G8.

Externally, the distinguishing feature which sets these two smartphones apart is the size of their displays. The Huawei P30 comes with a 6.1-inch (2304 x 1080) OLED panel with support for HDR while the P30 Pro has a 6.4-inch curved OLED panel with the same resolution and feature set. 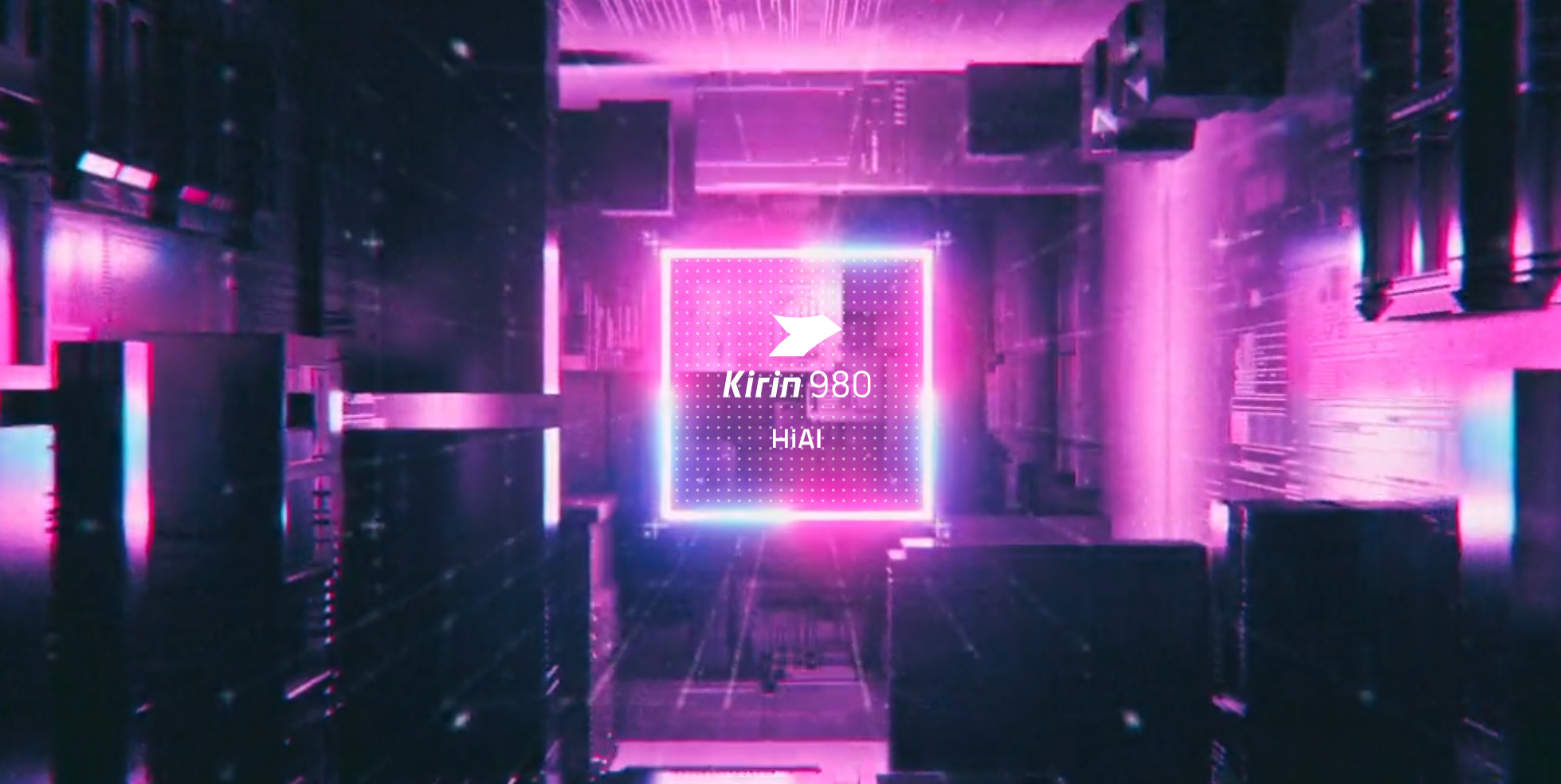 On the inside, there are a few features which distinguish the P30 from the P30 Pro. Both phones are powered by the new Kirin 980 SoC, but the base model only comes with 6GB of RAM and 128GB of storage while the P30 Pro will have 8GB of RAM and storage options which range from 128GB all the way up to 512GB. While that may not be as much RAM as what you can get from the top-tier Samsung Galaxy S10 or OnePlus devices, Huawei has optimized the software o nits phones to allow for instant app launching for the 15 apps that you use the most.

Huawei is also including dual SIM support with its new NM card for expandable storage. This new card format made its debut last year alongside the Mate 20 Pro, but it’s still quite hard to find retailers which sell it.

On the power side, the smaller P30 is equipped with a 3,650 mAh battery while the larger P30 Pro comes with a 4,000 mAh cell. The devices ship with a 40W charger in the box and also support 15W fast wireless charging and reverse wireless charging.

Huawei claims that the new P30 and P30 Pro will usher in a “new era of smartphone photography” with their new camera systems. Rather than use the same sensors all the other smartphone manufacturers are using, the company has switched to a new RYYB sensor which provides 40% more light intake than the traditional RGGB Pixel layout. Huawei is also shattering the previous ISO record that it set with the Huawei Mate 20 Pro, allowing the P30 and P30 Pro to reach 204,800 and 409,600 ISO respectively.

These two features combined allow the phones to capture images with as little as 1 lux of light when most other smartphones can barely manage to capture an image at 5 lux. This means you can capture images of the starts and even the Milky Way with a 1-second exposure. or in a dark room with no lights on without using a flash. 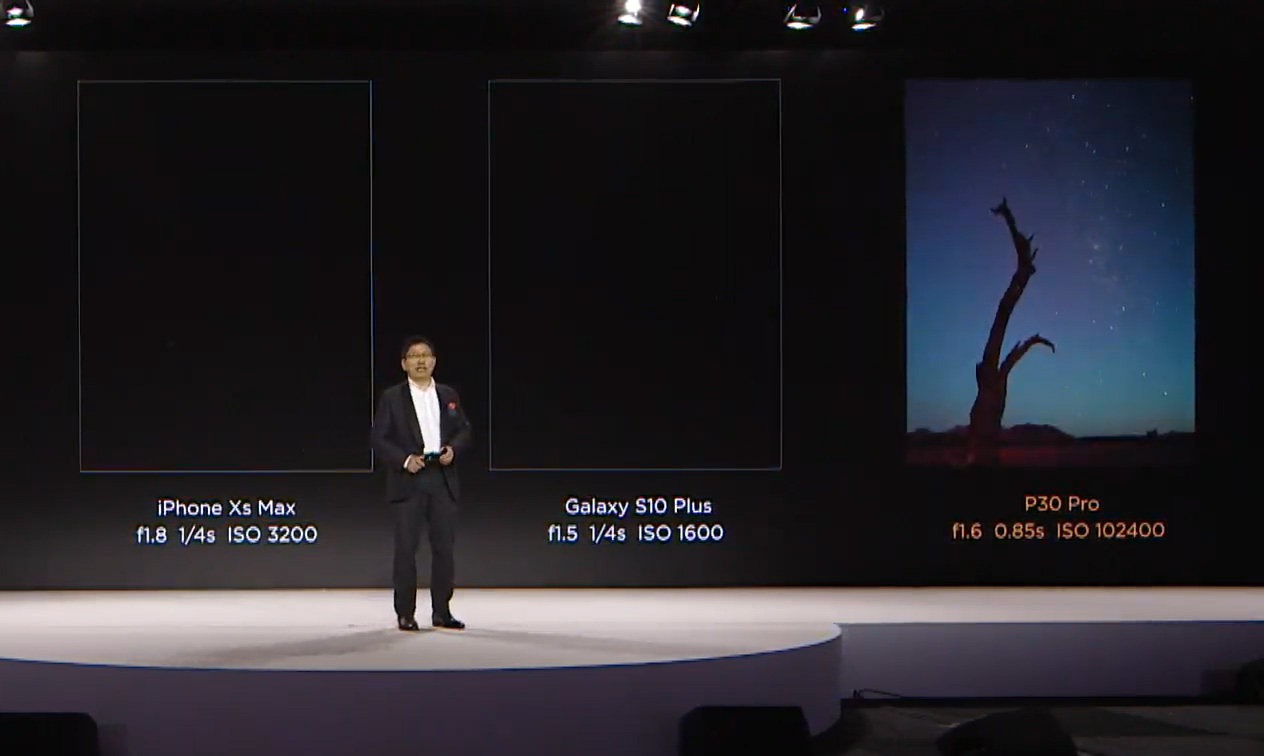 The P30 Pro has an upgraded quad-camera system. The main 40MP sensor is the same as that on the P30, but the lens is upgraded to f/1.6 to allow more light to be captured. The ultrawide lens is a little wider at 16mm and the sensor captures 20MP images and the telephoto camera features a periscope system which is made up of an 8MP sensor and 125mm (5X), f3.4 lens).  With the 5x zoom and the combination of the new sensor features, you can even zoom into the moon and capture incredible images which show off incredible details of the moon’s surface, something that’s impossible to do on any other smartphone. The fourth sensor on the P30 Pro is a ToF sensor which is used for more accurate depth calculations for improved portrait images, but the sensor can also be used to calculate the volume of objects and even comes with AR Core integration. The front-facing camera on the P30 Pro is the same as what you get on the regular P30. 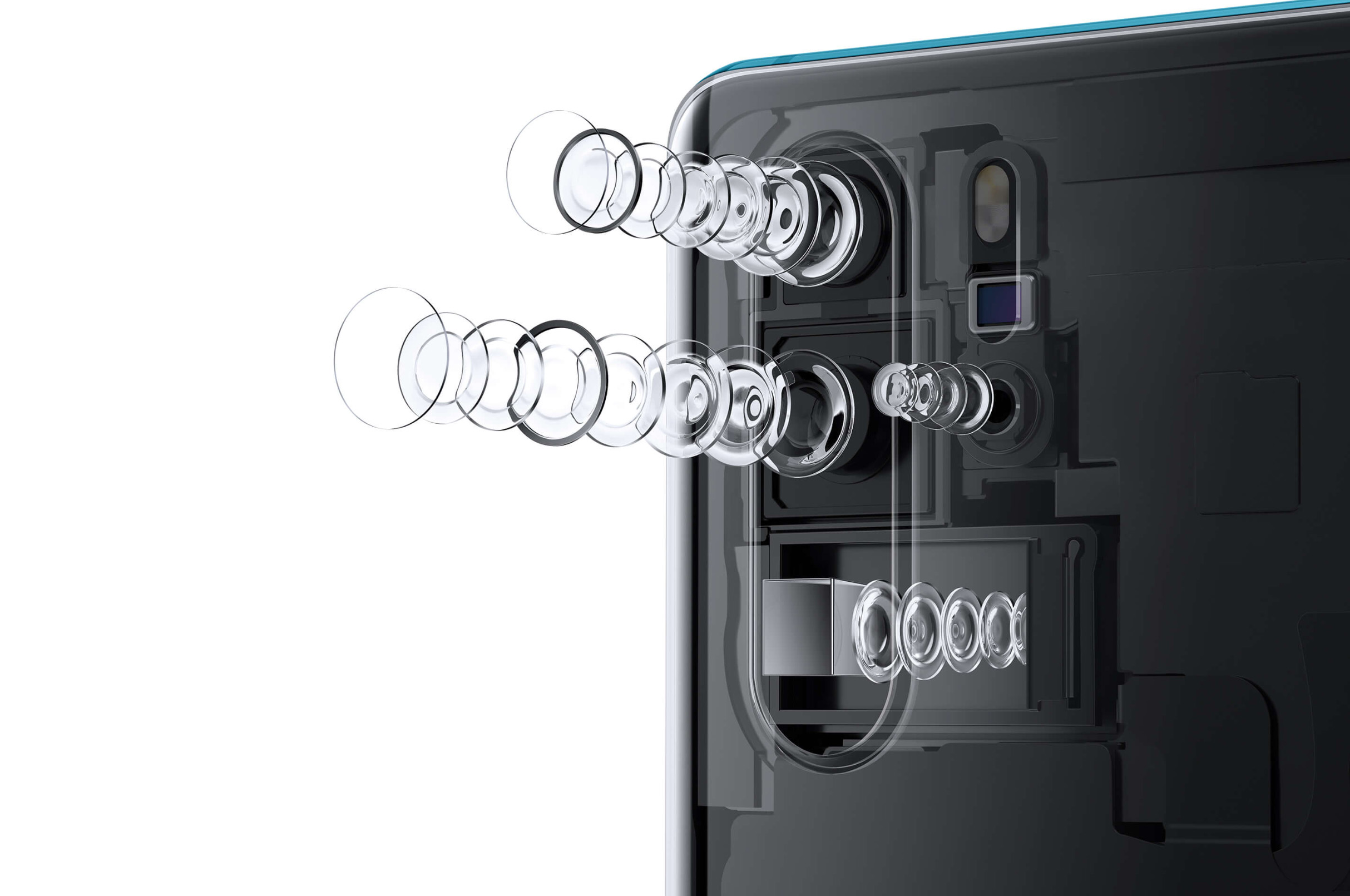 On both phones, the main and telephoto sensors are equipped with AI-assisted OIS which will allow users to capture hand-held long exposure shots during the day or at night. Huawei is also leveraging the AI capabilities of its Kirin processor to improve image processing with its new AI HDR+ mode which delivers better exposure and color reproduction, even allowing you to capture images of subjects which are backlit by the sun. Huawei has made sure that the features is available on all the cameras on the two phones so that the images look as good as possible no matter which sensor you are using.

While Huawei P-series devices typically sold for a bit less than competing devices, the company appear to be bumping up the sticker price this year. The Huawei P30 will sell for 799 Euro (6GB RAM, 128GB storage) while the P30 Pro will start at 999 Euro with 128GB of storage and 8GB of RAM. The good news is that pre-orders for both devices have already started from Huawei, third-party retailers and service providers across Europe and Asia.

As expected, Huawei has not made any official announcement regarding availability of the two smartphones in the US, but you should be able to purchase them from third-party importers or even Amazon if you’re looking to use them on this side of the pond.

Huawei could have its eye on the electric car 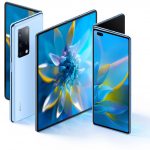 The Huawei Mate X2 has a pretty cool screen m

Huawei P50 could be the first Huawei phone to

Huawei Mate X2 comes to life with some Galaxy