AT&T, why is 5GE slower than Verizon and T-Mobile’s 4G LTE networks?

To see if AT&T’s 5GE network is any faster than the competition, we performed a handful of speed tests to see how much faster 5GE on AT&T is when compared to the LTE networks offered by Verizon and T-Mobile. For the test, we used a Samsung Galaxy S10+ on AT&T, a Pixel 3 on T-Mobile and a Pixel 2 on Verizon.

As you can see from the speed test performed in the video, AT&T’s 5GE network doesn’t quite live up to the 5G in its name.

The test was conducted near Cocoa Beach in Florida, but we also conducted the test in Orlando which is also one of AT&T’s 5GE markets, but Verizon and T-Mobile’s LTE networks still managed to deliver better download speeds than AT&T.

So why is AT&T’s 5GE network slower than the competition?

There are a lot of factors which affect network speeds. Distance to a cell tower, network congestion, cellular modem, modem firmware are just a few of the dozens of variables when comparing network speeds, but the real issue here is that 5GE is simply a marketing term, nothing more.

Despite AT&T labeling its network as 5GE, its towers use the same exact 4×4 MIMO, 256 QAM network technologies that Verizon and T-Mobile have been using for the past few years. The reason AT&T is pushing the 5GE label is that the company is ramping up its 5G deployment this year. It currently offers true 5G network technologies in 12 markets across the US with plans to bring additional markets online before the end of the year. Unfortunately, AT&T’s 5G network is still off-limits to the general public with select customers being invited to use the 5G network with a mobile hotspot device since AT&T doesn’t yet have a 5G smartphone in its lineup.

While T-Mobile, Verizon and Sprint’s networks can easily keep up with the network speeds offered by AT&T’s mislabeled 5GE network, all three companies have voiced their concerns that AT&T is deceiving the public. Sprint is actually leading the charge with a lawsuit, seeking monetary damages and an injunction which would prevent AT&T from using the 5GE label. To prove how damaging the label is, Sprint conducted market research which showed that “43 percent of consumers wrongly believed that if they were to purchase an AT&T phone today, it would be capable of running on a 5G network,” and that 54% or consumers “mistakenly believed, based on AT&T’s claims, that the company’s 5G E network is the same as or better than a true 5G network.”

Do you think AT&T and all other service providers though not be allowed to use the 5G label unless the network and devices connecting to it actively use 5G technologies and deliver true 5G speeds?

How to stream Stadia games over 4G and 5G 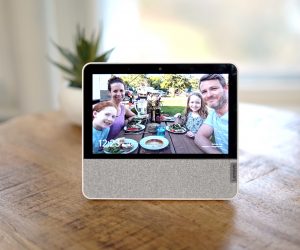 Want to restore some semblance of normalcy to your kid’s life during the pandemic? If they’re stuck studying at home, Google has introduced a new feature called Family Bell that lets you recreate the familiar school bell experience from your smart speaker or smart display, and here’s how you can enable it.