This may be our first look at the Samsung Galaxy S9

While we aren’t expecting any major smartphone releases until after 2018 is underway, we are starting to see leaks for 2018 flagships. The first big leak comes courtesy of a case maker who may have “accidentally” shared the first renders of the Samsung Galaxy S9.

Thanks to the image below, we can see that the Infinity Display will make its return after debuting on the Galaxy S8, while the rear-camera setup is being drastically modified. First and foremost, Samsung will be moving to a dual-camera module for the rear camera, much like the Galaxy Note 8, but it will be placed vertically. 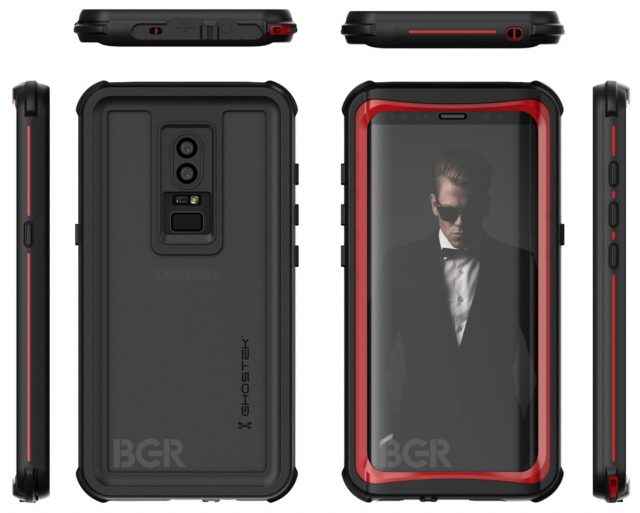 This forces Samsung to move both the heart rate monitor and flash modules, but more importantly, the fingerprint scanner. Samsung had to deal with a lot of flak when it came to the scanner placement on both the Galaxy S8 and Galaxy Note 8. The placement was way too far to the right, making it difficult to easily access.

The image above shows that the fingerprint scanner will be positioned closer to the center of the device, in a much more comfortable position. This move will make many, many folks happy, as you shouldn’t have to perform finger gymnastics to unlock your device.

The image also shows the return of the dreaded Bixby button, which is placed on the left-hand side of the device, below the volume rocker. The power button will be on the right-side of the Galaxy S9, and the 3.5mm headphone jack will also return.

Now, it’s important to remember that these renders are extremely early, and this may not be the final design. However, we only have a couple of months before Samsung will debut the device, which is rumored to be at an event around Mobile World Congress 2018.

Let us know what you think about this leak in the comments below, and whether you would instantly pick this phone up.