It’s been almost two months since rumors and reports of Sprint and T-Mobile working towards a new merger began, but as of this weekend, those rumors have been put to bed. In an official press release, T-Mobile CEO, John Legere has confirmed that the two carriers are no longer in talks.

This release comes after T-Mobile reportedly made a last-ditch effort to keep Sprint’s parent company, SoftBank, from walking away from the potential merger. Instead, it seems that the two companies couldn’t come to an agreement, with Leger stating the following:

“The prospect of combining with Sprint has been compelling for a variety of reasons, including the potential to create significant benefits for consumers and value for shareholders. However, we have been clear all along that a deal with anyone will have to result in superior long-term value for T-Mobile’s shareholders compared to our outstanding stand-alone performance and track record”

It’s unknown what caused this deal to ultimately fall through, but Legere maintains that T-Mobile will continue “disrupting this industry”, as the company has seen amazing growth over the last few years. The Un-Carrier movement has allowed T-Mobile to overtake Sprint in subscriber count, but the company has a lot of work left to do if it plans to reach the same subscriber count as AT&T or Verizon.

This isn’t the last that we’ve heard from T-Mobile, and it’s far from the end of the line, but this “bump in the road” may prove costly in the long run for T-Mobile. Nonetheless, the rumors of a merger are finally put to bed, and we can get back to our regularly scheduled programming. 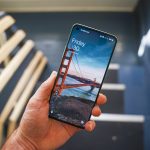 T-Mobile’s OnePlus 8T finally gets a much a

OnePlus 9 tipped to arrive on T-Mobile and Ve