Oh, boy. Google Play Protect was supposed to be Google’s big blanket of protection for Android users to ensure they don’t install malware on their phones. It helps to some degree, but according to independent German antivirus test lab AV-TEST, it’s not nearly effective enough.

AV-TEST found that Google Play Protect only stopped 65.8% of brand new malware, and less than 80% of malware that as much as 4 weeks old. 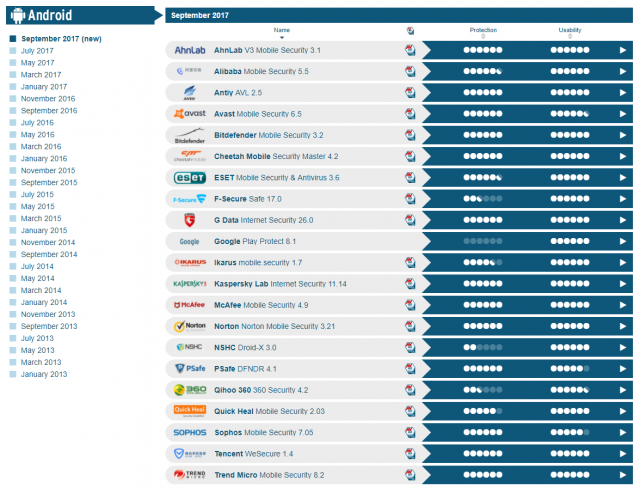 To put that into perspective, most top anti-malware suites can detect apps in both those categories more than 99% of the time. And Google’s product, for what it’s worth, ranks the lowest of any that they’ve tested, so much so that the company was given a 0 out of 6 for effectiveness.

Some of the apps which got a perfect 6 include McAfee, Symantec (Norton), Avast, Kaspersky, Tencent (WeSecure), and Trend Micro, as well as lesser-known names like Sophos and PSafe (DFNDR). Even the oft-maligned Cheetah Mobile (Security Master) has been doing a bang-up job, apparently.

We’re not sure why Google’s system has a rough go of it. Most of the time, these issues come down to antivirus companies not moving fast enough to implement the latest security definitions, which is essentially an ever-growing list of known threats to check for. If a company with the resources of Google can’t keep up, that’s pretty sad.

For what it’s worth, having Google Play Protect is better than having nothing at all, but if it can’t detect new malware in this fast moving world then you’ll want to get hooked up with a third-party solution for added protection. Find some suggestions right here.