The LG V Series started with the weird idea of putting a secondary display on top of the main display. It was implemented on the LG V10 and LG V20, which were good phones, but not appealing to the average consumer. The V Series has always been more for Android enthusiasts. What do you do with a phone that’s not super popular but needs a replacement? You start from scratch.

The LG V30 has almost nothing in common with the V Series phones that have come before it. The only thing remaining from the Second Screen is a floating widget. The metal back and giant chins have been replaced with glass and slim bezels. Everything that was sharp and industrial is now more premium and svelte. LG finally decided to stop playing around with gimmicks and made the best phone they possibly could. Is that enough to make the V30 matter in a world of Galaxies and Pixels? Let’s find out. 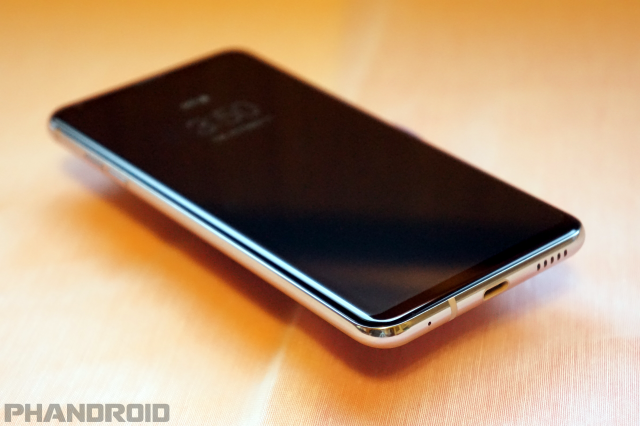 The design of the V30 is a big departure from the V10 and V20, and that’s a good thing. The previous V Series devices were big phones with tons of bezel. That was in large part due to the Second Screen, which has been removed on the V30. The bezels have been slimmed down to match phones like the LG G6 and Samsung Galaxy S8.

The design is essentially a premium version of the G6. It has the same glass back, but not the fake brushed aluminum texture under the panel. The sides are still metal, but they have been polished and rounded over. The G6 had sharp edges and flat sides, whereas everything on the V30 is smooth and round. All of the faces meld together seamlessly. The camera module on the back also looks more neat and tidy.

Another big change is the overall size in general. The V20 and V10 were big, chunky phones, whereas the V30 has a bigger display, but a more petite body. I was shocked at how small it was when I first unboxed the phone. It’s much closer in size to the G6 than the V20. One of my favorite things about the G6 was how great it felt in the hand. The V30 takes it to the next level. 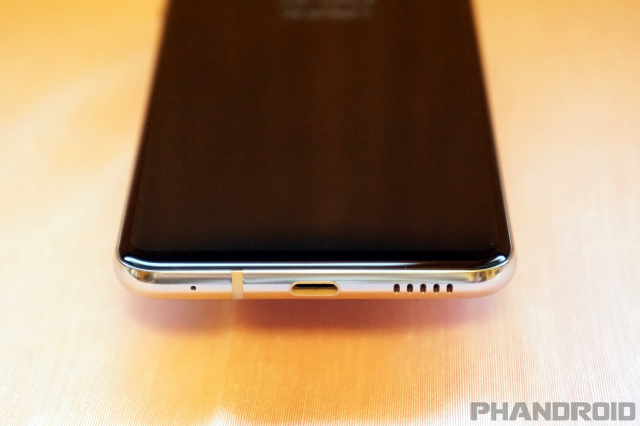 Not everything about the design is perfect. The glass back is a little slippery and attracts fingerprints just as much as you’d expect. But that’s a small price to pay for wireless charging. While the V30 does include a headphone jack, it’s on the top of the device, which I really don’t like. Still, it’s better than having no headphone jack at all.

Speaking of the headphone jack, audio is a pretty big point of emphasis on the V30. While other manufacturers are trying to force consumers to adopt Bluetooth headphones, LG is doubling down on wired audio quality with Quad DAC. I’m not an audiophile and I don’t own any fancy headphones, but I can tell you the V30 sounds better than most phones. If you really care about wired audio quality, this is an excellent phone. The bottom speaker, however, sounds just okay. 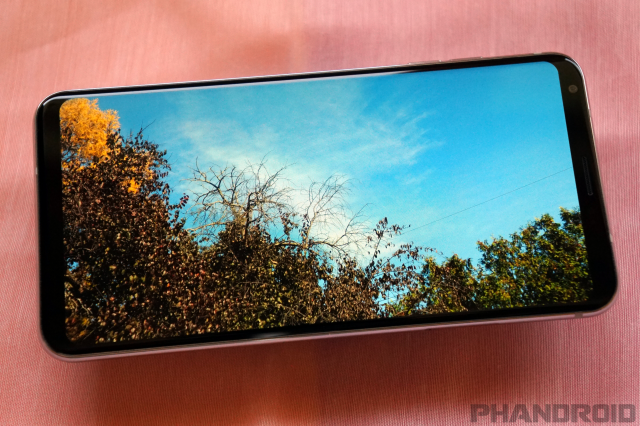 The V30 has a 6-inch P-OLED display with 18:9 aspect ratio and 1440 x 2880 resolution. On paper, those specs sound amazing. Indeed, the size, aspect ratio, and resolution are truly great, but the P-OLED is where some issues arise. First, let’s talk about the good news.

I really like the size of the display and I have become a big fan of the 18:9 aspect ratio. For phones with software navigation bars, it just makes sense. I’m also happy LG decided to finally go with P-OLED instead of LCD. The LCD panels on previous LG phones have been really good, but I prefer the deep blacks of OLED. So let’s talk about that P-OLED display.

The display looks great most of the time. Some people might not like the colors out of the box, but you can adjust that in the settings. The issues I’ve noticed appear primarily in low-light situations with dark backgrounds. For example, when looking at an app that has a dark background (not black) in a dark room, the gradients appear blotchy. This is not something I notice all the time, but it definitely does happen. 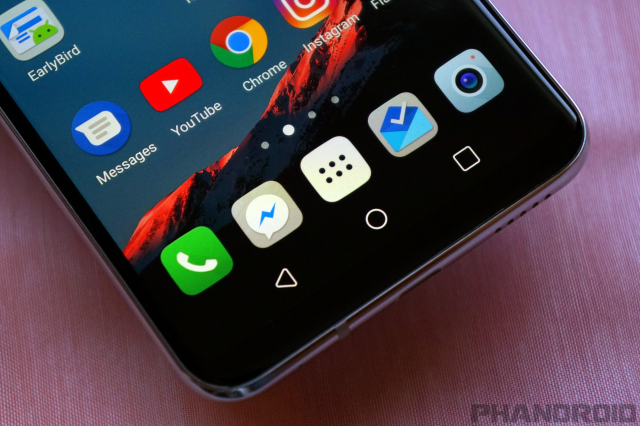 The display issues seem to be inconsistent across devices. Some have it worse than others. The blotchiness was worse on my pre-production unit, but that didn’t stop me from using it. I don’t consider the display issues to be a deal breaker. Given the choice between the V30’s P-OLED and the G6’s LCD, I’d still take the P-OLED. Even at its best, LG is still behind Samsung when it comes to OLED displays.

Unlike the V20 and V10, the V30 only has one display. The secondary display that sat at the top of the main display has been removed. I was never a big fan of the Second Screen. It wasn’t incredibly useful and it made the phones too big. LG has spread out most of the Second Screen features into a new floating widget called the “Floating Bar” and the Always-on Display.

The Floating Bar can easily be tucked away until you need it. Just tap the little tab and the bar slides out. You can launch apps, contacts, control media, and edit screenshots with the Floating Bar tools. The Second Screen also had some handy shortcuts when the main display was off. Those can now be found on the Always-on Display. I think the Floating Bar is much better than the Second Screen. Especially because you can turn it off if you don’t want it. 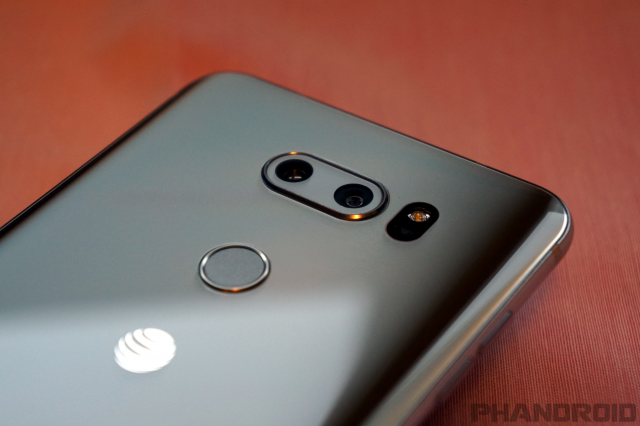 LG makes some of the best smartphone cameras that people don’t know about. The talk is always about the Pixel, Samsung, and Apple cameras, but LG is right up there with them. The main camera is 16MP with a f/1.6 lens (a first for a smartphone). The second rear camera is 13MP with a 120-degree wide-angle f/1.9 lens.

The best photos still come from the main cameras. Low-light still isn’t as good as Samsung or Pixel phones, but the V30 does a great job when lighting is good or even dim. The 5MP front camera is decent, but not great.

You may not know this, but the “V” in the V Series is for “video.” LG really amped up the video features this time. The V30 has a bunch of new video modes that were made by professional filmmakers. For example, there’s a “Summer Blockbuster” mode that makes your video look like an action movie. These modes work great and they can add some fun to your regular videos.

Speaking of modes, the V30 is stuffed with camera modes. Everything from manual, slo-mo, time lapse, food, panorama, popout, and more. There are a ton of tools in the camera app, but it’s not overwhelming or in your face. By default, the camera is very simple and easy to use. You can choose to use the more complex features or leave it alone. 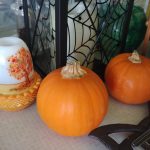 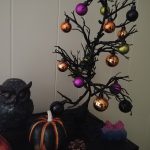 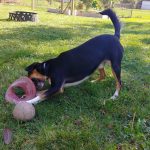 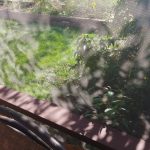 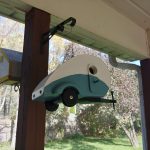 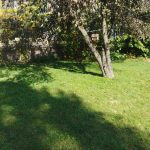 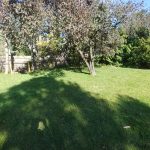 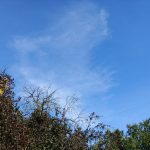 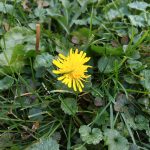 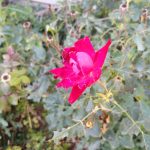 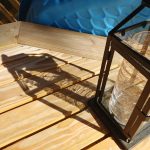 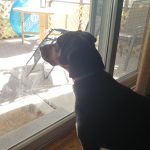 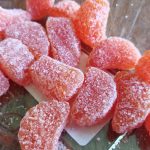 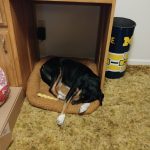 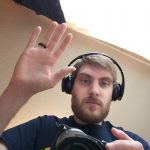 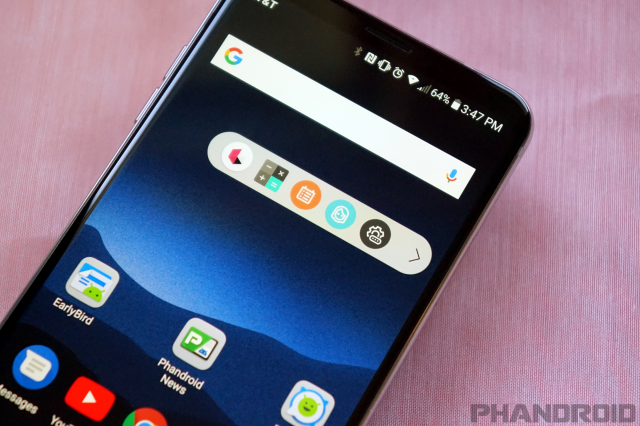 I’ve already talked about the Floating Bar and Camera app, but there’s obviously a lot more going on in terms of software. LG’s flavor of Android is one of the best you’ll find. There are a few things that jump out as being strange, like the default launcher, but those things can be easily changed. The “bones” of the software is a very lightly skinned version of Android 7.1. Things look like you’d expect them to look. LG isn’t trying to reinvent the wheel.

Face Unlock is a nice addition to the V30’s arsenal of unlocking methods. It works surprisingly well and maybe even better than Samsung’s implementation. If Face Unlock isn’t fast enough for you, it can be used alongside the fingerprint scanner. I actually use Face Unlock on a semi-regular basis, which is more than I can say for any other phone with the same feature.

The software on the V30 is not that exciting, but that’s a good thing in my opinion. There are just enough extra features, like the Floating Bar, without going overboard. A lot of manufacturers make the mistake of thinking more is always better. Sometimes, less is more. LG didn’t always abide by that rule, but it’s nice to see them show some restraint. 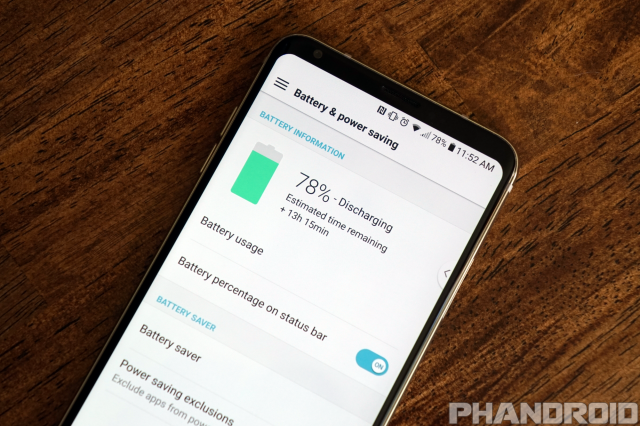 I’ve been using the V30 for over a month now and I’m very impressed with battery life. The 3,300 mAh battery doesn’t sound big, but it’s doing just fine. With most phones, I have to plug in sometime in the evening to make it to bedtime before the phone dies. That’s not the case with the V30. I usually hit the hay with around 25-35% left in the tank. That includes using the Always-on Display all day.

A typical day for me is around 16 hours off the charger and over 4 hours of screen-on time. The Always-on display doesn’t seem to have a big impact on battery life. Every night I plop the phone on a Qi wireless charger, but if I need some extra juice in a hurry, I can plug in with the Quick Charge 3.0 cable. The only time you might run into battery life issues is if you’re using the wired Quad DAC system a lot or the fancy video modes.

Performance has been excellent thanks to the Snapdragon 835 and 4GB of RAM. The G6 had the Snapdragon 821, which I thought was actually pretty good, but it’s clearly not in the same class as the 835. This phone flies and has no lag whatsoever. That’s not exactly a groundbreaking discovery. Nearly every phone with this combination of processor and RAM has been great. LG’s lightweight skin helps things along. The phone has shown no signs of slowing down in my time with it. 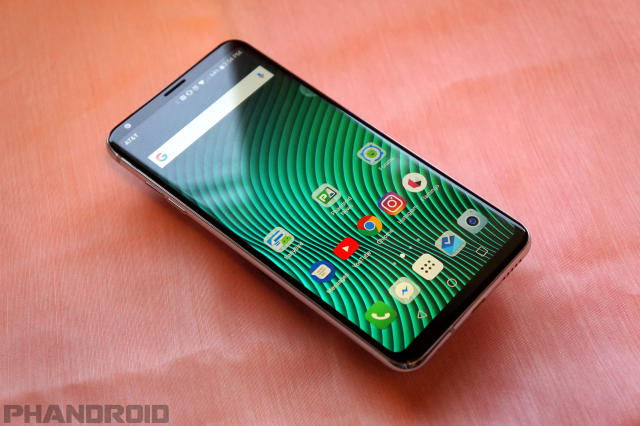 The LG V30 is the best Android phone I have ever used. Full stop. This review comes before I’ve had time with the new Pixel 2, but I’m confident the V30 is every bit as good. There are very few things that I don’t love about this device. The display definitely has some quirks, but they’re not dealbreakers to me. I have used this phone every day for over a month and I still love it.

We all have a checklist in our mind for what would make a perfect phone. “If it just had this it would be perfect!” I’ve said that about a lot of LG phones in the past. The V20 was too bulky and didn’t have wireless charging, the G6 had an LCD display. Using the V30 has been a breath of fresh air. It feels like the culmination of all the things I’ve wanted from LG.

The V Series has felt like a pet project for LG. They tried some weird stuff and made a couple of phones that looked nothing alike. It seemed like LG just couldn’t quite figure out what they wanted the V Series to be. The V30 is another big change, but this time it feels like a finished product. When LG gets serious they can make some truly beautiful devices. The LG V30 is a perfect example of that.

The LG V30 is the culmination of what LG has learned from their last few devices. It’s a hybrid between the V Series and G Series. This is the best phone LG has ever made and you should take notice.