Over the last few months, Netflix has slowly been adding support for HDR and Dolby Vision for various newly-released devices. The influx began with the LG G6, which became the first device to support both streaming capabilities, but the list is continuing to grow. 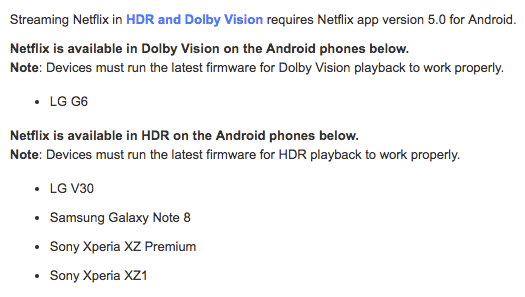 Shortly before the Samsung Galaxy Note 8 was launched, a report claimed that Netflix would add the device to the list of HDR-capable devices, and that has been confirmed as of today. In addition to the Note 8 being added to the list, we also see that the Sony Xperia XZ1 has also been added, despite “only” featuring a 1080p display. 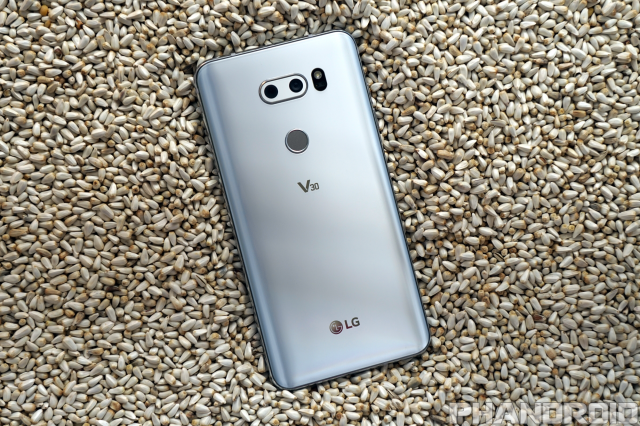 The final device added to the list is the newly-announced LG V30. This means that whenever LG decides to launch the device here in the States, you’ll be able to fire up your favorite Netflix content and stream in the best quality possible.

This list is a bit odd as the Galaxy S8 and S8 Plus, which feature 2K displays, are still not “Netflix HDR Certified”, but hopefully something will change in the future so that these devices will be added to the list. In the meantime, you can rest easy knowing that your $1,000 Note 8 will be able to stream the content from Netflix in the highest quality.

Oh, and it’s also pretty sweet that the LG V30 has already been verified by Netflix, despite the lack of a release date or even a retail price announcement. Let us know what you think about this latest Netflix update, and if you’re excited to stream HDR content on your upcoming device.