Android has been around for nearly 10 years now and over the decade, we’ve moved from a scrappy underdog OS that resembled a BlackBerry to one that dominates global market share. From its humble beginnings as the little Linux mobile OS that could, Android has become a powerhouse that touches people’s lives every day.

But it wasn’t always that way. Phandroid has been around since the beginning to document the ever-changing world of Android and along the way, we’ve met with some pretty surprising facts as technology has marched forward.

Joe did our first series of surprising facts about Android back in 2015, but there’s so much more to the Android story that we haven’t covered. Here are a few highlights from the history of Android that are definitely worth remembering.

1. Android started life as an OS for digital cameras. 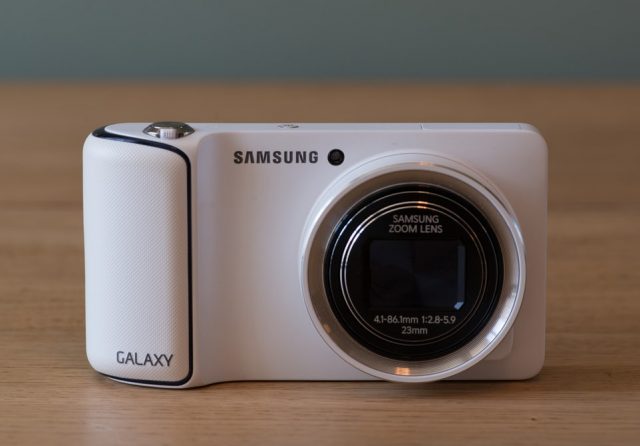 While we’ve seen a handful of digital cameras that also happen to run Android, such as the Galaxy S Camera, the mobile OS is designed to be used on devices like phones and tablets. But that wasn’t always the case. Andy Rubin and his team first pitched the idea for Android as an advanced operating system for digital cameras in April 2004, but then realized the market for cameras was not large enough for Android to achieve its goals.

Five months later in September 2004, the team decided to pitch Android to investors as an operating system for mobile devices that would take on Symbian and Microsoft Windows Mobile, both of which had significant market share in the mobile devices category at the time. Rubin and his team pitched to several companies before Google bought them out. 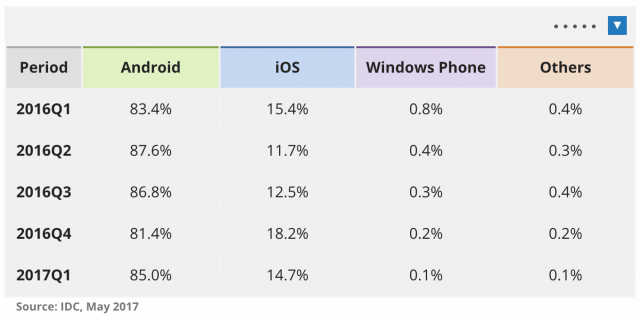 Android’s mobile market share has grown steadily since the OS first debuted and now it’s claimed 85% of the market according to the most recent poll from the IDC. Some reports suggest that Android could crack the 90% market share barrier by the beginning of 2018, owed largely to the expansion of Android in China and India.

It’s been a banner year for some Android-focused manufacturers, too. Samsung is having a very good year thanks to the Galaxy S8, which is outselling the Galaxy S7. Chinese manufacturers like Huawei, Oppo, and Vivo are seeing record sales quarter after quarter, meanwhile HTC finds itself struggling despite creating the best Android phone of 2016.

3. Microsoft earns more than $6 billion a year from Android. 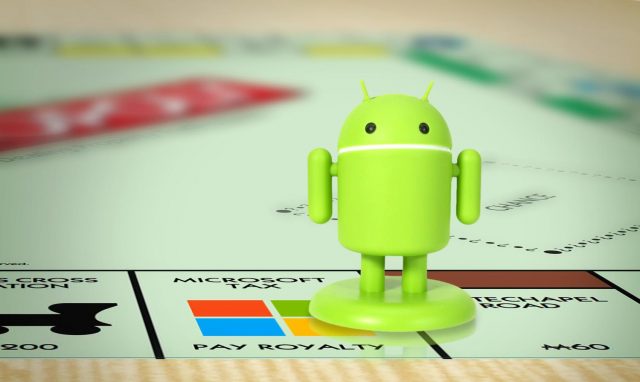 As the popularity of Android has sky-rocketed, Microsoft has arguably benefitted more from the rise of the OS that likely killed its own Windows Phone mobile solution. In the early days of the Android arrangement, it was determined that Microsoft was making about $30 million a year from HTC alone.

When you account for all of the Android phones that exist today, that number is a lot closer to $6 billion. Wow. No wonder it makes sense for Microsoft to have its suite of Office apps available on Android. Estimates suggest that Microsoft earns around $32.41 in royalty fees for each Android device that’s activated.

4. Samsung was offered the chance to buy Android in 2004.

Samsung is the number one phone manufacturer that uses Android, but that wasn’t the case back in 2004. When Andy Rubin’s team was seeking to fund their Android venture, they approached Samsung in late 2004 with their idea. Samsung’s board of executives didn’t see the potential in the OS, says Rubin. Here’s a small piece of a book called Dogfight: How Apple and Google Went to War and Started a Revolution that shows just how well the board received Rubin:

“’You and what army are going to go and create this? You have six people. Are you high?’ is basically what they said. They laughed me out of the boardroom,” Rubin later said. “This happened two weeks before Google acquired us.” 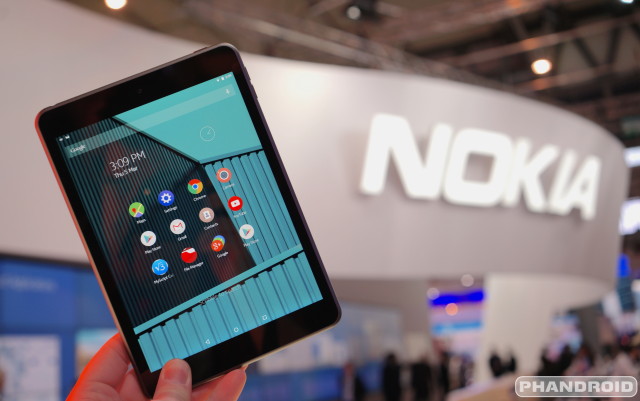 Samsung isn’t the only company to have to eat crow in the face of Android domination today. When Google finally revealed Android back in 2007, Nokia famously said they didn’t see Android as a threat to the then dominant OS, Symbian. It didn’t take long for Android to achieve 33% market share and by 2010, Symbian was no longer the dominant force in the market.

Of course, that led to a series of bad choices for the Finnish company, including Stephen Elop’s famous “burning platform” memo that saw Nokia fall under the clutches of Microsoft before being liberated and moving on to produce Android devices of their own.

6. CEO of Nokia had some choice words for “using Android.” 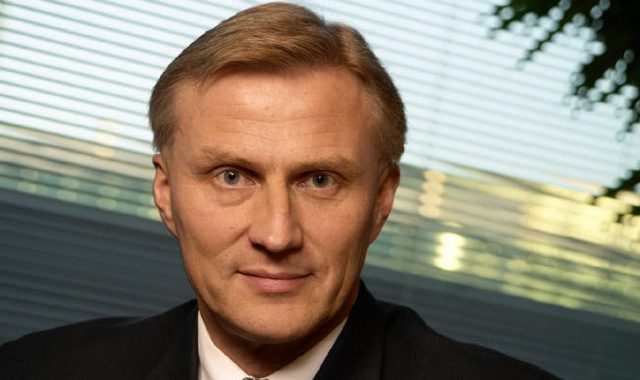 Nokia’s disdain for Android is so great that it deserves two spots on this list. One for their arrogance surrounding Symbian and the rise of an upstart, and this spot for this incredibly dumb quote from their then CEO, Anssi Vanjoki.

Once it was clear that Google’s Android OS was dominating the mobile market and Nokia should probably abandon their Symbian efforts, he famously defended his company’s stubborn decision by saying that other mobile manufacturers who sell out and start using Android are no better than Finnish boys who pee their pants for warmth in the winter.

Vivid imagery aside, it’s hard to imagine what’s more short-sighted considering the Nokia of today is prepping to release one of the best sounding flagships of 2017. 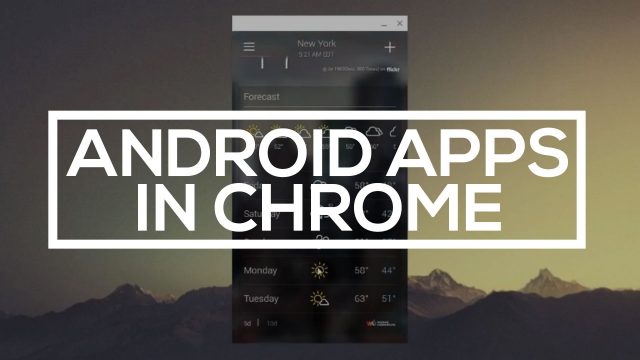 Android apps aren’t exclusive to devices that run Android these days, either. With the help of a couple of extensions, you can run Android apps inside your Chrome browser. Google has thaken that support a bit further with Chrome OS, as most modern Chromebooks now have native support for the Google Play Store and downloading and installing Android apps.

Being able to use the millions of Android apps on a Chromebook turns Google’s cheap laptop OS into a power house, but the experience isn’t quite as useful as it could be. Still, as Google keeps refining how well apps work by providing developers with more options to support apps on larger screens, the future of computing could be Android-enabled Chromebooks.

That’s especially true when you consider rumors suggest the next Chromebook could have Google Assistant baked in. 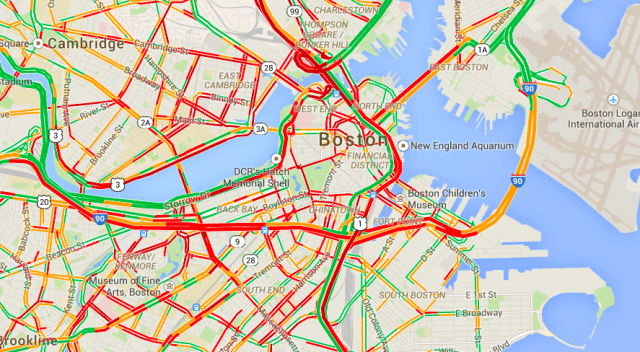 No matter what OS the smartphone in your pocket runs, if you use Google Maps to navigate your way around your city, you’re also relying on thousands of Android users. That’s right, Google uses the speed at which Android devices are traveling on the roads to determine how congested certain areas are with stunning accuracy.

Google realized that as more and more people continued to switch to smartphones, they had a miniature army of traffic monitors that they could make use of. Thus, the traffic flow that you see on your map is a highly accurate real-time display of the number of Android phones that are currently trying to make that same trek.

Pretty nifty, huh? Next time you’re able to avoid a huge traffic jam on the normal route you take to work, you have hundreds of Android users stuck in that mire to thank for their foresight. 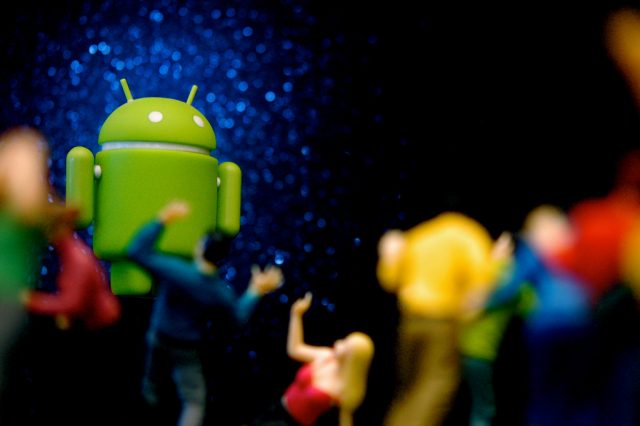 From its humble beginnings as an OS designed with digital cameras in mind, Android has expanded to be something that is used in smartphones, TVes, watches, and even our cars. In fact, it’s estimated that Google has around 2 billion monthly active users for Android as of May 2017 and it’s safe to say that number will keep growing.

10. A Nexus One was launched into space as a satellite. 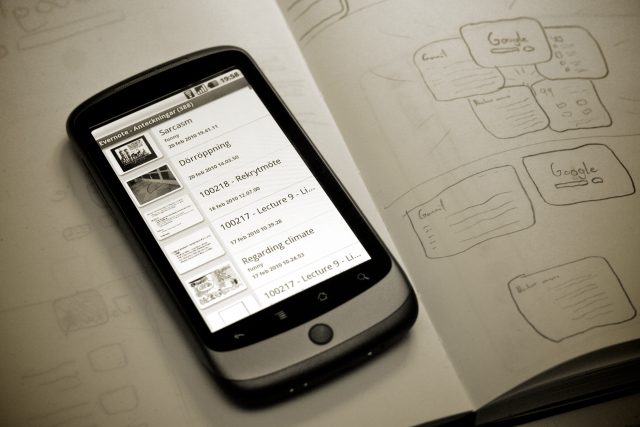 Back in 2013, a company launched a CubeSat satellite that featured the Nexus One alongside an altitude and orbit control system, alongside a Linux-based computer and a processor. The Linux computer performed a variety of tests once in orbit and then passed control of the satellite’s functions over to the Android-powered Nexus One.

Part of the satellite’s mission was to test how well off-the-shelf tech can survive in the vacuum of space while conducting a variety of experiments.