Despite the iPhone being the most popular smartphone in the world, there are still more Android devices in people’s hands than anything else. This is thanks to the openness of the platform which allows just about anyone to slap Android on a handset or gadget. Of course, to gain access to the Google Play Store, things are a tad bit more difficult but overall it’s still pretty accessible.

It’s been awhile since we last took a look at Google Play’s stats compared against iOS, but App Annie is here with an update. Turns out, the Google Play Store is absolutely destroying the Apple App Store when it comes to raw downloads in Q2 2017. The Play Store saw a little over 15 billion, a 135% lead over the App Store. 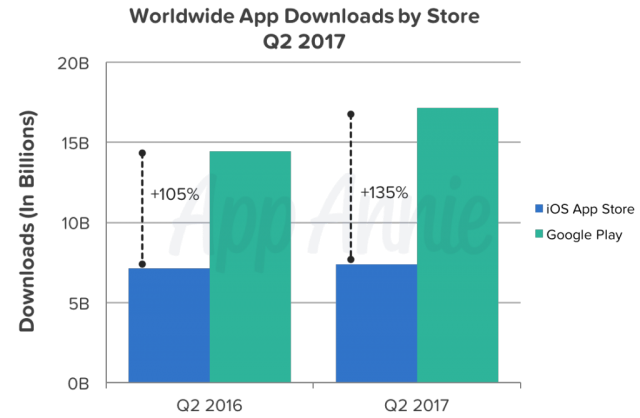 Obviously this huge growth is due to the explosion of Android devices in emerging markets and the advancement of network infrastructure there. More devices, access to the internet, and it only makes sense that app downloads will come pouring in. India is currently leading the pack, followed by Brazil which only recently overtook the US in app downloads. 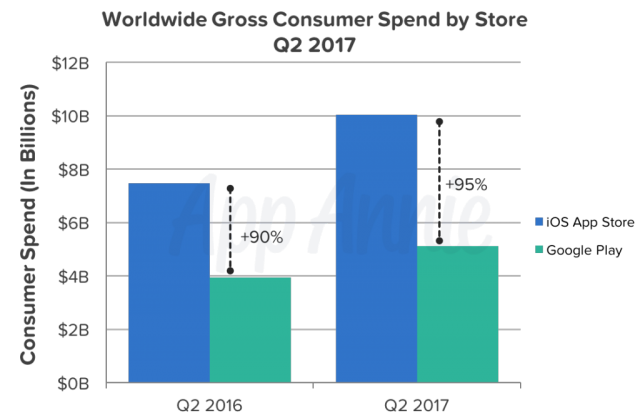 When it comes to actual spending, however, the Apple App Store still crushes Google Play. Globally, we’re looking at iOS users spending about twice as much money for apps and games as Android users. I don’t think this is representative of all Android users, just those in poorer countries where disposable income is a little harder to come by. It seems obvious that if you have the money to afford the latest iPhone, you can probably drop a few dollars on paid apps as well.

For more on the data presented in this post, check out App Annie’s full blog post linked below. 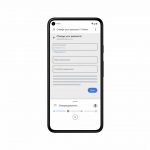 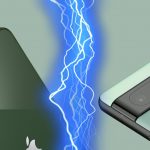