The Moto Z2 Play became officially available at Verizon Wireless yesterday, so we decided to see for ourselves what all the hype was about.

Priced at $410, on paper the Z2 Play sounds like a modest upgrade from last year’s Moto Z Play. You get a slightly revised hardware design and modest upgrade in specs. The original Moto Z Play was praised by critics for delivering some of the best battery life of most any smartphone and apparently it was so good Motorola felt like they could sacrifice a little bit of that battery for a slimmer profile. The battery has been downgraded from 3,510mAh to meager — but still very adequate — 3,000mAh.

It’s the same battery capacity as the Moto G5 Plus, so there’s little doubt in our minds that battery life will still be stellar, just not the extreme marathon runner some would have preferred. 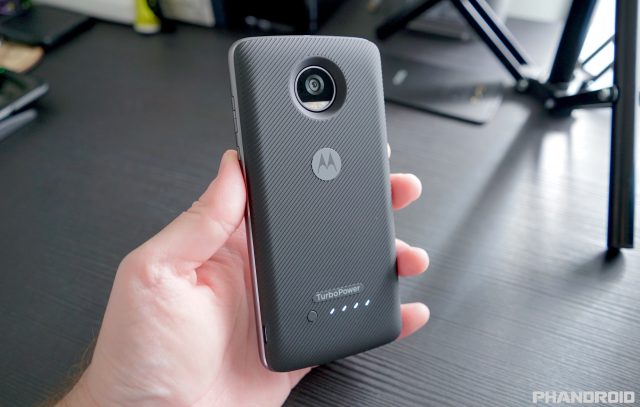 For those that truly value battery life above all else, the only option is to become a slave to Motorola’s Moto Mods, magnetic attachments that snap onto the back of the device. New for 2017, Motorola now offers a Turbo Charging battery pack that not only charges the phone incredibly quick (8 hours of additional use from a 15-minute charge), but adds a bonus 3,490mAh for a combined total of 6,490mAh. How’s that for impressive? 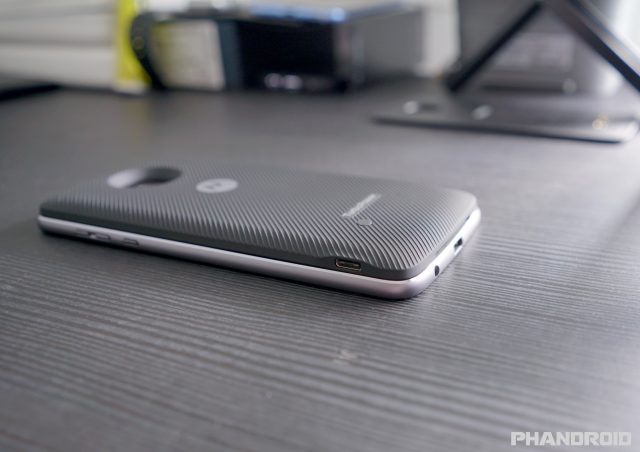 The Mod either charges in tandem when the phone is charging, or you could charge it separately by itself. It runs in 2 modes: Efficiency Mode which slowly keeps the phone at 80% all day, or Turbo Mode that outputs 15W of power to quickly juice up your device. The TurboPower Pack has a textured, rubbery finish for added grip and is slim enough that it doesn’t really add too much bulk to the device. It’s the perfect combination of thinness and battery capacity. This one is pretty basic, the new Moto Style Shell is simply a stylish, attachable back that also expands functionality of the device by giving it wireless charging capabilities. It accepts up to a 10W charge, which means it should work perfectly with “fast wireless charging” pads and stands. 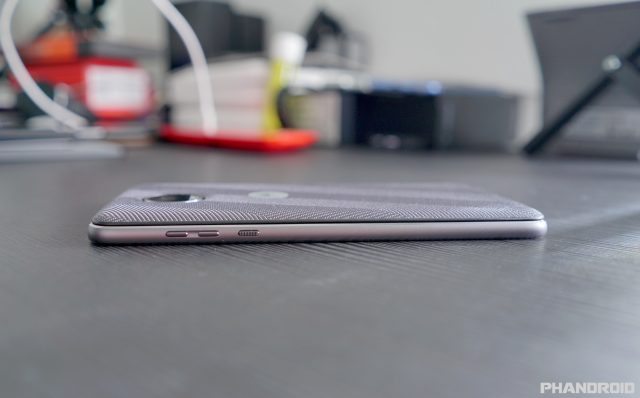 For those that like the convenience of wireless charging — and adding a little pizazz to their device — this is a no-brainer. 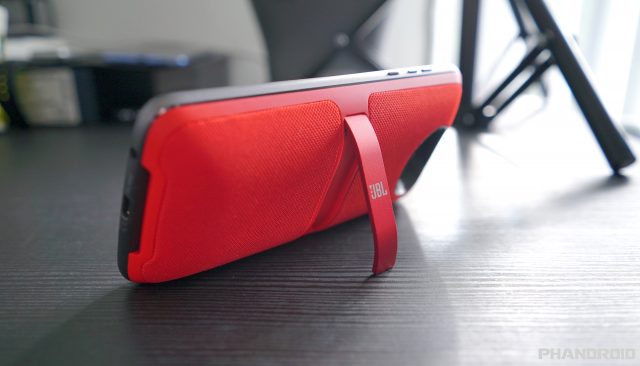 This one was a bit surprising. It seems Motorola/JBL saw enough room for improvement with the original SoundBoost — a Mod that outfits the phone with 2 large stereo speakers for expanded audio — that they saw fit to release a followup.

The SoundBoost 2 is similar to last year’s model, only it now comes in red, is water resistant, has a cloth texture to it (instead of the metal grill of last year’s model), and now features a companion app to tweak the EQ. In my short time with the speaker, it definitely sounds a lot more crisp and deep than the previous version, so audio quality has definitely been improved.

It’s a lot like having a Bluetooth speaker perfectly molded to your phone only there’s no pairing involved (just snap it onto the back and you’re ready to go). The speaker has it’s own built in battery so you’re not straining your phone’s life when jamming to tunes — a full 10 hours depending on volume/playback.

As part of an unboxing / Q&A, we want to know if you have any questions about the Moto Z2 Play as we work to bring you more of our experiences with the phone leading up to our full review. Feel free to shout them out below and expect more Z2 Play coverage in the coming days. 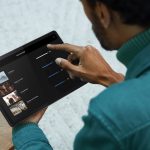 Grab this Lenovo Tab P11 Plus bundle with a k