ASUS could launch as many as six ZenFone 4 devices

However, a few recent leaks have changed all of that as someone was able to find the ZenFone 4 device list on Google’s Support site. All-in-all it seems that ASUS is preparing to launch six new devices in the lineup, ranging from the budget-minded ZenFone 4V, all the way up to the ZenFone 4 Max. 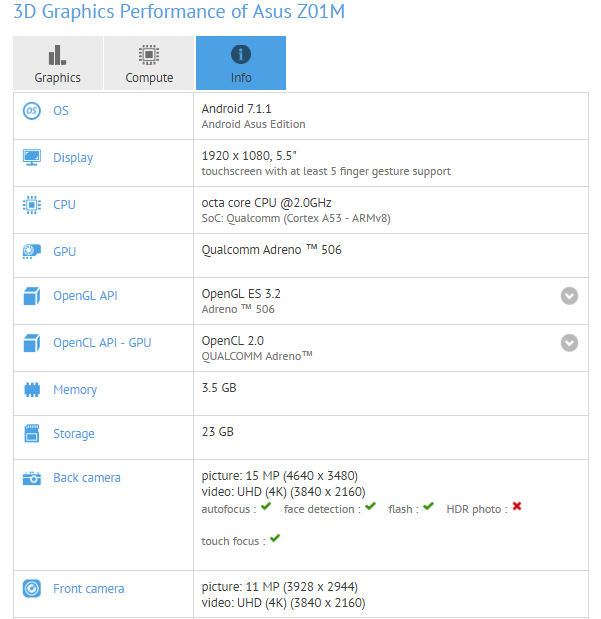 Unfortunately, it seems that specs for most of these devices have been kept under wraps, except for the ZenFone 4 Selfie. This device was found passing through GFXBench, giving us a better idea of what we’ll be looking at with at least one of these devices.

The benchmark results reveal that the ZenFone 4 Selfie will feature a 5.5-inch FHD display, while being powered by the Snapdragon 625 SoC and 4GB of RAM. ASUS will also be including 32GB of base storage, which is likely capable of being expanded through a microSD card slot.

As for the cameras, it seems that the rear shooter will feature a 16MP sensor, while the selfie camera will come in at 12MP. Both of these cameras will be capable of shooting in UltraHD 4K, so you can get the best videos possible.

According to the source, the ZenFone 4 lineup was initially expected to launch back in May, but ASUS has delayed the release in an effort “to introduce them with overhaul[ed] design improvements.” Now, it seems that we’ll see these devices launched closer to the end of July.