When a new phone is launched, especially a flagship phone like the LG G6, there is a lot of fanfare up front. Tons of reviews are posted when the embargo is lifted, but after that, you don’t hear much about the device. The industry quickly moves on to the next new thing. That’s not fair to people who buy a phone and stick with it for two years. How a phone ages over time is important to a lot of people.

It’s been about one month since I posted my review of the LG G6, and I’ve been using the G6 as my daily phone for the better part of six weeks. Now that the initial hype has died down, I can share some long-term thoughts on the device. As a quick refresher, here’s the bottom line from my original review. 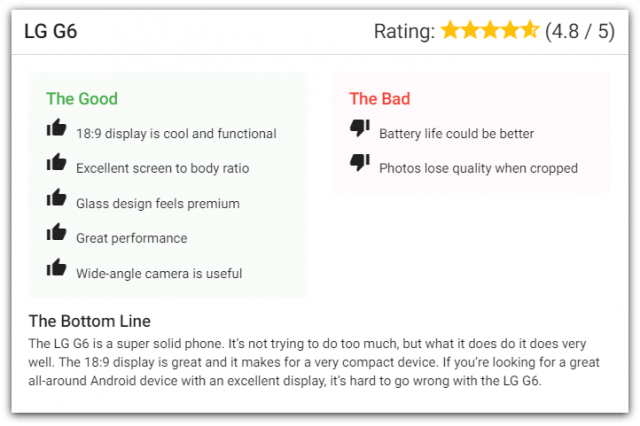 I’m happy to report that my first impressions have help up over the past six weeks. In fact, I probably like the phone more now than I did back in April. There’s one very big reason for that, but we’ll get into that a little later.

The 18:9 display continues to look great. After using both the G6 and Samsung Galaxy S8, I’m completely in favor of every phone having a display like this. The nav bar doesn’t take precious screen real estate away from apps. The tall display coupled with the super slim bezels still feels great. The G6 is one of the most comfortable phones I’ve used.

One thing I would like to see is an option to expand videos to take up the entire 18:9 display. The Galaxy S8 has a button that appears when you play a video, including YouTube, to take up the full display. Obviously, this crops out part of the video, but it’s a nice option to have. 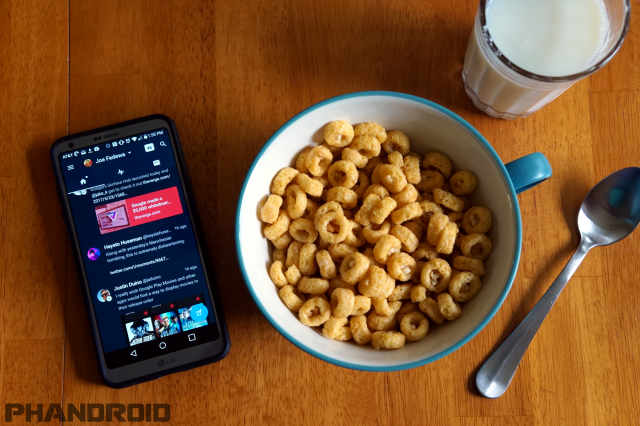 The glass design still feels great, especially after using the glass Galaxy S8. As cool as curved displays look, I’ve come to prefer the boring flat panels on the G6. LG is using Gorilla Glass 3 on the G6, while some phones have the newer Gorilla Glass 5. I’ve dropped the phone several times, without a case, where I thought for sure it was going to get cracked. But so far it has held up without a scratch.

Performance was something that a lot of people thought would be an issue. After all, the G6 has the Snapdragon 821 and the Galaxy S8 has the Snapdragon 835. Just like I said in the original review, the 821 is still more than capable. I haven’t had any issues with lag or unresponsiveness. Everything is as speedy as it was the day I got it.

The camera is something that I didn’t love in my full review, but I’ve come to appreciate it more after comparing it to the Galaxy S8. Samsung does a lot of stuff in the background to change the way photos look. The noise removal is a big turn off for me. Things like window screens and fabric texture get interpreted as “noise” and end up blurry. 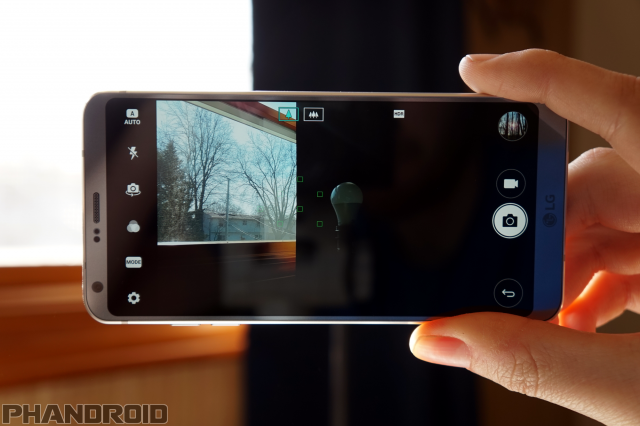 In comparison, LG doesn’t do a whole lot to the photos from the G6. I’m not here to convince you the Samsung way or the LG way is better. You can prefer either one. I tend to prefer the more natural look of LG’s photos. I’ve also been finding more reasons to use the wide-angle camera.

Battery life is still pretty mediocre, but the good news is it hasn’t gotten any worse. I can still make it through the day without plugging in. The 15% warning usually pops up around 11 o’clock every night. If I have plans to be out later, I will top it off before I head out.

I mentioned that I like the G6 more now than I did in my original review because of one big reason. That reason is the Galaxy S8. Shortly after my review went up, I got my hands on the Galaxy S8. I’m not saying the Galaxy S8 is a bad phone, but it has made me realize how good the G6 really is. 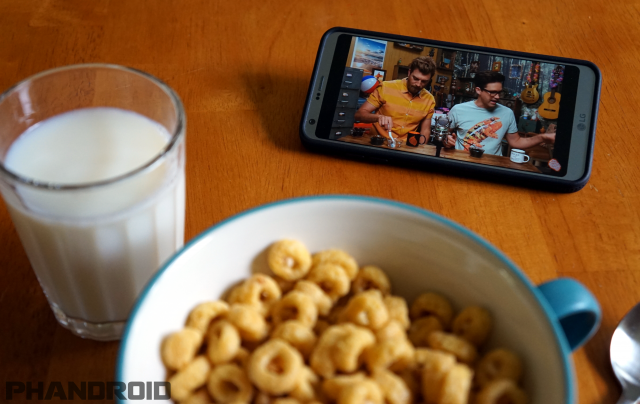 There are things about the Galaxy S8 that annoy me. Things like the terrible fingerprint scanner, the TouchWiz UI, the Bixby button, camera noise removal, constant pop-ups telling you how to do everything, etc. The G6 has annoying things too. I still hate that Comfort View can’t be automatically enabled from sunset to sunrise, and I still wish it had an AMOLED display. But those things don’t bother me as much as the S8 issues.

One month later, I still like the LG G6 a lot. I gave it a 4.8/5 in my original review. Some people thought that was too high of a score, but I still stand by it. In my opinion, this is a nearly perfect phone. It’s not too big, the display is great, the software doesn’t get in the way, the camera is good, performance is not an issue, and battery life is decent. You get all the extra features you could want: wireless charging, microSD card slot, fingerprint scanner, waterproofing, dual cameras, and more.

Here’s the bottom line: I have both the LG G6 and the Galaxy S8. My SIM is in the G6. I could easily use either one, but the G6 is the device I use as my daily driver. That’s one of the biggest compliments I can give a phone.