There isn’t a whole lot of room for deviation in the world of bezel-less smartphone design. The idea, after all, is to get as much screen to cover the front surface area as possible.

But LG may be the first to introduce a design that’s distinct in more than just its display size, aspect ratio, and surface-to-display ratio. A patent uncovered through KIPRIS (via GSMInfo] shows a bezel-less design that has the display wrapping around a center-aligned front camera. 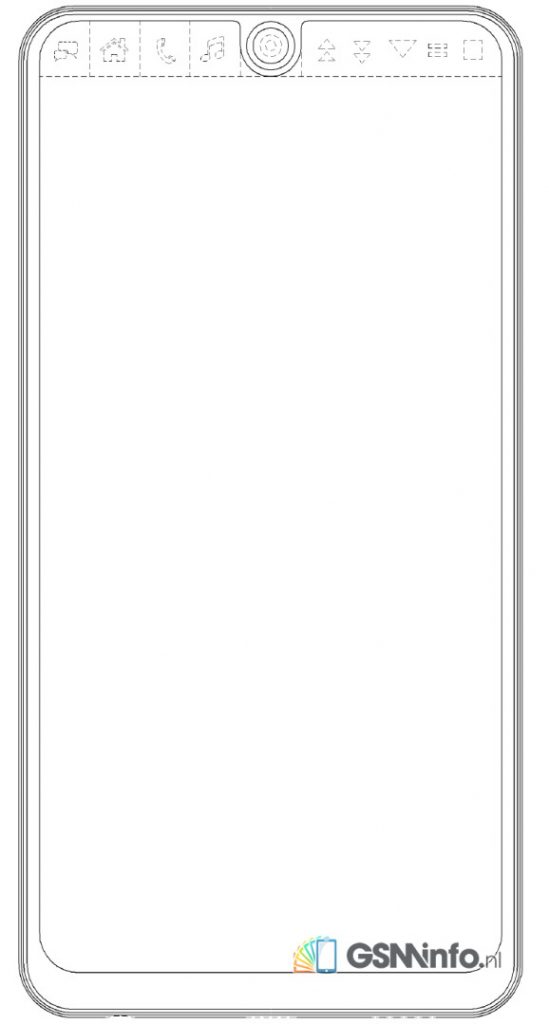 The design incorporates the secondary display we’re used to seeing on the LG V series in a way that makes it look even more seamless than it already does. We can’t tell if that’s an actual secondary standalone display or a continuation of the primary slab at large, but either way it should serve the same purpose, which is to give you quick access to apps, settings, and mini tools.

There doesn’t appear to be a place for a speaker grill with this design at first glance, but we can imagine a couple of different possibilities. That secondary ring around the front camera sensor could be a circular ear piece, or LG could even go whackier by using bone conduction audio to deliver sound straight to the inner parts of your ear. The latter technology hasn’t proven totally popular in the devices which do choose to implement it, but maybe LG has found a way to improve it to a point where it’d be just as nice as a traditional speaker.

We’re getting a bit too far ahead of ourselves, though, because at the end of the day, this is just a patent, and it’s no guarantee that it’ll ever materialize into something real, but LG’s insistence on including a potential secondary display here makes us think this is a design candidate for the LG V30. What do you think of the design?