Report suggests foldable phones will have a 20% marketshare in 2019 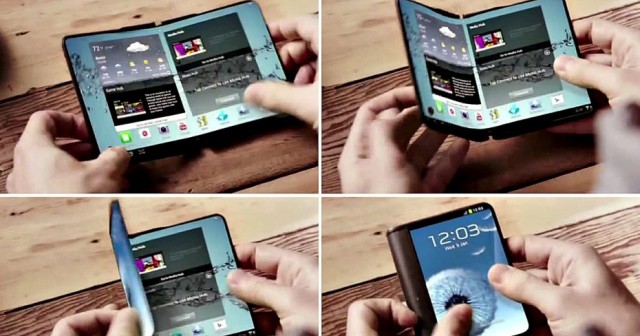 An executive at Kolon Industries believes that foldable smartphones could have around 20% of the smartphone market share by 2019. Why does his opinion matter? The Kolon Group is one of the only companies in the world that can mass produce colorless polyimide, which is one of the components for producing foldable devices. It’s a flexible film that can replace the rigid glass that we currently use on our smartphones.

According to reports, Kolon Industries is supplying materials to various manufacturers of smartphones, including Samsung and LG though neither company has confirmed this officially. Despite that, Kolon Industries’ head Kang Chung-seok believes the foldable displays will make headway in South Korea.

“Around three to five tech companies are expected to mass produce foldable phones in 2018 globally. The devices will then grab around 20 percent of the total smartphone market here.”

Most manufacturers like Samsung, LG, Xiaomi, Sony, and even Apple are moving away from liquid-crystal displays (LCD) to organic light-emitting diode displays (OLED). This is because OLED displays can be flexible and allow for curved, foldable, or even rollable phones, while LCD displays must remain rigid and fixed.

Kang believes the first devices to feature foldable displays could be released as early as next year, but they won’t feature the elusive 1-millimeter bend radius that would allow the phone to be folded completely in half.

Kolon Industries began producing the flexible colorless polyimide just this August and has plans to mass produce the film for 100 million units of foldable devices by 2018.