The LG V20 was revealed at a San Francisco event last night, and while LG had a lot to share about the device, they couldn’t shove all the details into their press conference. That’s why they’ve released a meaty 5-minute video to give us an idea of what to expect from Android  7.0 Nougat, which is also paired up with their UX 5.0+.

LG went into detail about the secondary display and its uses. You can use it to view and act on notifications, quick launch apps, launch  Google’s new In Apps search, and — when you’re in the camera — use the display to zoom in and out. 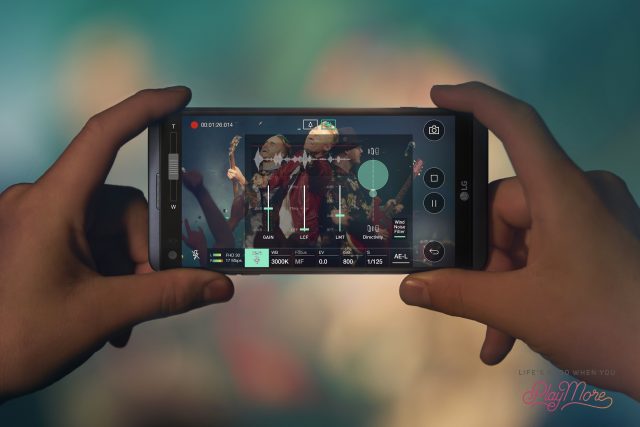 Although the secondary display is still unique, it isn’t the biggest part of LG’s experience. The company spent a lot of time talking about their audio recording suite which gives you an impressive set of tools to record quality audio.

You can record loud environments like a concert and tweak the settings to emphasize the music while the background noise is kept low. After a recording, you can go back and stitch in your own voice and control levels of that and of the other audio independently of each other.

LG went on to talk about multiple view apps, which let you use two apps at the same time. It works just like Samsung’s current implementation. One app is on top, and one is on bottom. Tap one to put it in focus, and you can readjust their sizes to give more room to the priority app.

Other additions include new LG Health features like a water drinking reminder, better accessibility tools, and a display temperature setting to make the phone easier on your eyes in night time situations. Be sure to check the full video out right above.