We’ve never been the biggest fans of Google’s own branded “Google Now Launcher,” but the fact that these come stock on Nexus devices has us perking our ears up whenever we hear of new changes. According to an early leaked version of the launcher — which could still be in its experimental phase — the app sees Google doing away with 2 Android staples we’ve been enjoying for years now: the app drawer button and Google Search bar.

Although these are easily replaceable (even resizable) on 3rd party launchers, the Search bar for instance was a persistent widget that couldn’t be removed on the Google Now Launcher. In this new version of the app, the iconic Google Search bar has been replaced by a strange sliding tab, something that should make new users more aware that sliding to the left is where they can find Google Now. There’s also a persistent calendar widget which apparently can’t be moved or deleted. Go figure.

As for the app dock at the bottom, the all-apps button has been replaced by a strange glass-like sliding drawer, allowing users to slide up to open their app drawer. It’s actually not too unlike what we saw in the early days of Android, but I guess what’s old is new again, eh? Not sure how I, personally, feel about the changes, although it could be nice to to add an extra app icon in the dock (5 total).

Google is always thinking of new ways to increase searches on mobile devices but whether or not this makes it into the final version of the launcher when it lands on Nexus devices later this year is anyone’s guess. With Android 7.0 Nougat’s official launch not too far off, it’s possible we could see these new Nexuses sooner rather than later.

Correction: It appears this app is actually going to be called the “Nexus Launcher” and has a very real possibility of being exclusive to Nexus devices. Whether these changes eventually make their way to the Google Now Launcher remains to be seen, but you can download the app now and try it for yourself right here. 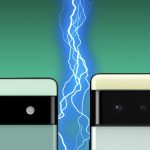 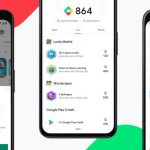