With Snapchat’s quiet acquisition of Seene, you could soon be snapping 3D selfies and lunches

After successfully raising $1.8 billion in a new round of funding last week, Snapchat has proven itself a force to be reckoned with and it’s showing no signs of slowing down. With fun filters, hidden features, and self-destructing photos/videos, Snapchat has officially put the fun back in social networking. You know, without the memes, political commentary, or family drama found on services like Facebook.

Snapchat struck it big with the acquisition of Looksery last year, allowing users to create 3D facial tracking masks — officially dubbed Lenses — that users can’t get enough of (seriously though, the cartoon dog Lens needs to die already). If you’re wondering what comes next, Snapchat’s latest purchase might provide a clue.

Snapchat has quietly acquired Obvious Engineering, the folks behind Seene, a 3D photo application for iOS with some impressive technology behind it. According to TechCrunch, Snapchat was more interested in Seene’s engineering team and the “computer vision technology” that powers it — 3D facial capture, 3D scene reconstruction, augmented reality — not so much the app itself.

Seene worked as a sort of social network built around users posting 3D photos using by scanning subjects using their smartphone camera. When viewed using the Seene app, users could then move their phone around to simulate movement in the tiny virtual world that was captured. The problem was the 3D photos could only really be viewed inside the app itself (or when embedding into websites), giving creations a limited amount of exposure.

It’s not clear what Snapchat plans on doing with the Seene team — who has since been relocated to Los Angeles (Snapchat’s HQ) — but their scope of their technology branches to virtual reality by being able to scan entire rooms a la Google’s Project Tango. Using a VR headset, someone could then be fully immersed into these 3D worlds. Seene also has some pretty powerful augmented reality technology, giving it an obvious marketing opportunity for brands.

Whatever Snapchat is planning, we have a feeling it’s going to be just as big and fun as their 3D Lenses. We’ll keep you posted. 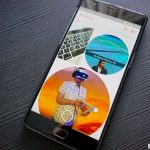