New report shows that Android crashes more often than iOS, with the Galaxy S6 crashing the most

The age-old argument of Android versus iOS may never go away, and there’s some good reason for it. Competition is always good, and it’s interesting to sit back and watch the two mobile operating systems go at it year after year. However, Android may have just taken another dent in the armor for those who defend Google’s mobile OS. According to a new report by Blancco, an international data security company, Android devices crash at a rate of 44% while iOS only crashes 25% of the time.

There are many different reasons listed in this report that point to why Android crashes more frequently, and even gives us the top 5 devices that crash the most. In the graph below, you can see that the Samsung Galaxy S6 leads the pack in failure rate, and 3 out of the top (or bottom) 5 devices being Samsung.

As for the OEM’s whose devices crash the most, Samsung is again at the top of the charts with a staggering 43% failure rate, with Motorola coming in 14% and Lenovo, Asus and LG rounding out the top 5. On the iOS front, the device with the highest rate of failure was the iPhone 6 at 25%, with the iPhone 5S coming in 2nd with a 17% failure rate. 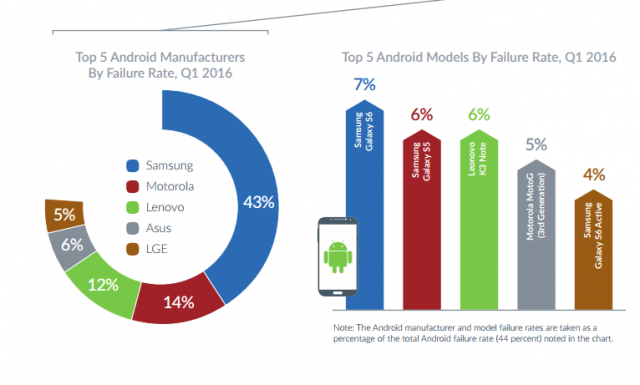 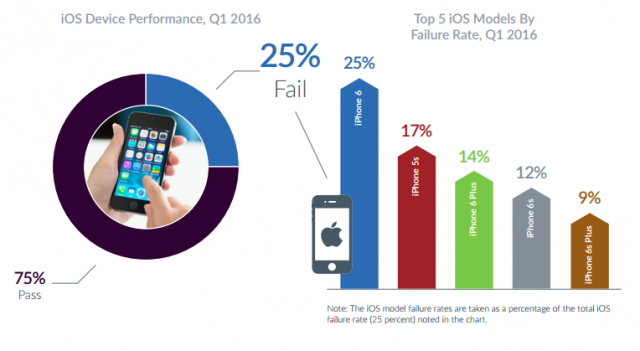 Some of the reasons given for these devices to fail range from general performance issues to camera and autofocus problems, and even carrier signal in places like Europe. 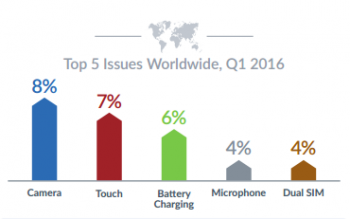 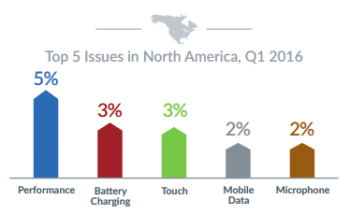 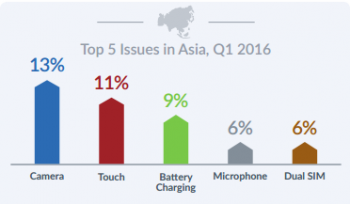 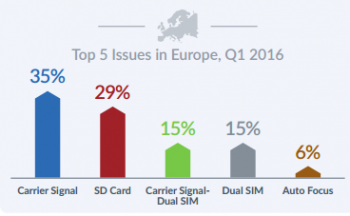 In addition to the failure rates among devices and manufacturers, Blancco’s report also takes a look at apps that crash the most often. Surprisingly enough Lookout!, a mobile security app, crashes 82% of the time, with Tool apps in general crashing at a rate of 85%. As a whole, the report states that Android apps crash 74% of the time, making for a frustrating experience while using your devices. 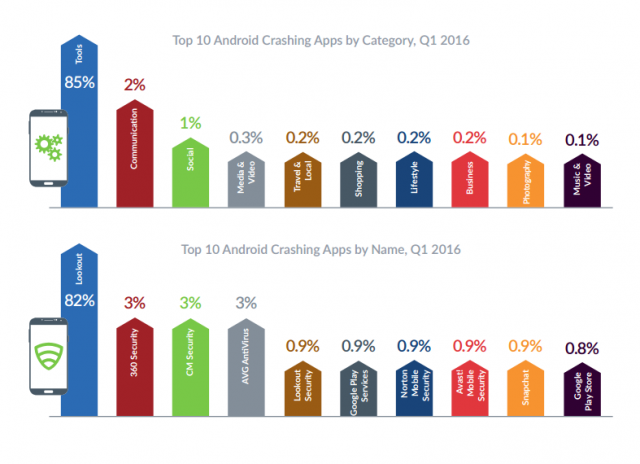 Instead of talking about all the negatives we see within this report, Blancco does take the time to suggest some steps you can take to make sure your device is running top notch:

These are definitely some interesting numbers to see, especially when you see a device that’s barely a year old, like the Galaxy S6, sitting atop the rankings of devices with the highest failure rate. What do you think about this report from Blancco? Does seeing a report like this make you second guess the apps you’re installing or the manufacturers that you trust? Let us know in the comments below.