The LG G5 has been taking a beating in reviews around the web. Many people seem to think the modular design was a fail and the Samsung Galaxy S7 is a far superior phone. We also preferred the Galaxy S7 in our review, but we can recognize that the G5 is still a great phone. For many people, the G5 is an excellent choice for an upgrade. Especially if you have the LG G4. Let’s take a look at what makes this year’s “G” better than the last. 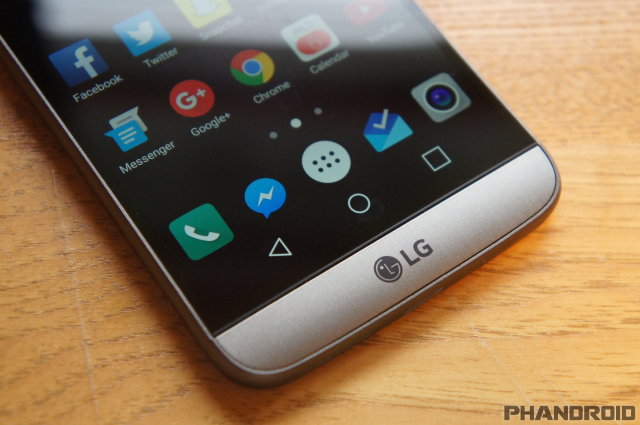 Some people love the design of the G5, but there are a lot of people who hate it. I happen to like the design quite a bit and I think it’s a big improvement over the G4. The G4 had a removable back cover that allowed you to swap out different colors and materials. The standard plastic back covers felt very cheap and flimsy. Leather was the more “premium” material, but it didn’t feel like real leather, and the stitching up the middle was ugly.

The G5 trades plastic and leather for an all-metal design. LG almost ruined the metal by coating it in a thick paint to hide the antenna lines. It doesn’t feel like most metal phones, but it’s still an improvement over the plastic G4. Materials aside, the G5 also feels better in the hand. The corners are not as sharp as the G4 and the entire phone is slightly narrower. LG replaced the curved display with more subtle curves in the opposite direction on the top and bottom. Overall, the G5 is just a much nicer feeling device. 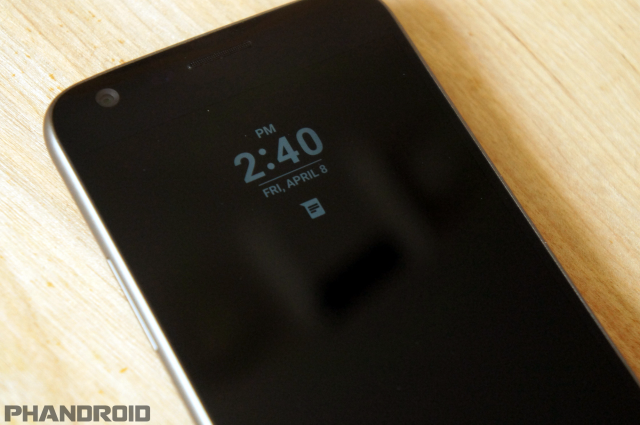 3. The Wide-Angle Camera is fun and handy 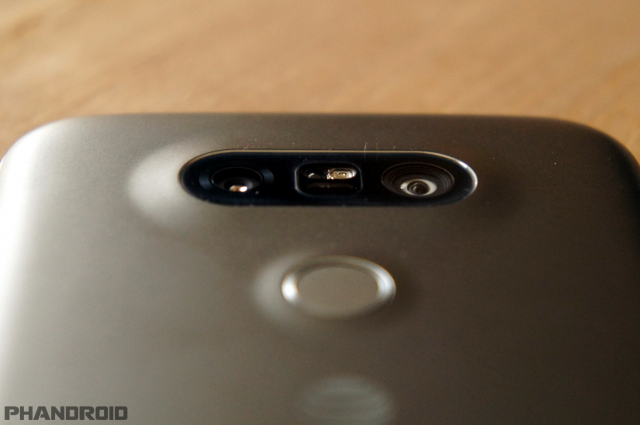 The 16MP camera on the G5 is exactly the same as the camera on the G4. It’s still one of the best smartphone cameras on the market. However, that’s only half the story for the G5. Next to the main camera is a secondary camera with a wide-angle lens. This camera is only 8MP, but it’s a fair trade-off for the 135-degree field of view you get. Certain situations are hard to get on camera because the shot is too wide. You’ll never have that problem with the G5.

The main camera (which is the only camera on the G4) has a field of view of only 78-degrees. That’s an extra 57-degrees of view with the wide-angle camera, and it makes a massive difference. The average human has a horizontal field of view of around 180-200-degrees. When you take a photo with the G5’s wide-angle camera you’re getting much closer to what you’re actually seeing with your eyes. The wide-angle camera isn’t the best for every situation, but you can easily switch between the two cameras on the fly. It’s even possible to switch cameras in the middle of a video. 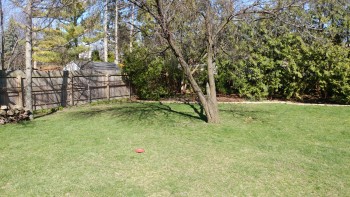 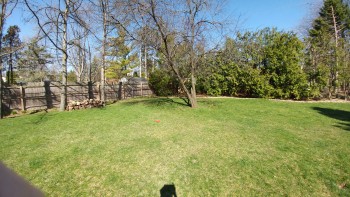 4. Fastest Fingerprint Sensor in all the West 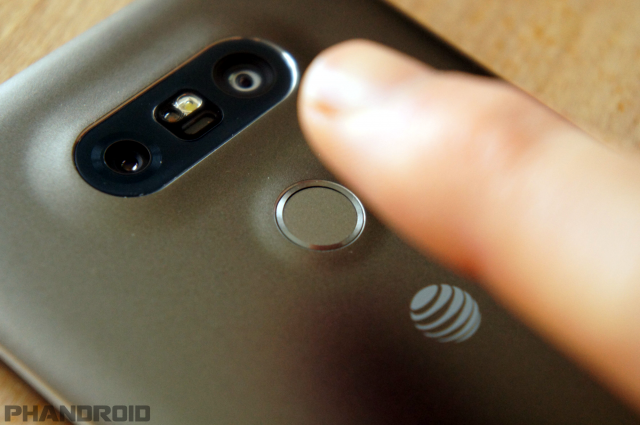 If you use multiple devices with fingerprint sensors you’ll quickly discover that not all of them are made equal. LG puts their sensor on the back of the device. This is ideal for when you pick up your phone or pull it out of your pocket. The best thing about the sensor how fast it is. Sometimes it feels like the screen unlocks before your finger can even touch. Reliability is also important. The incorrect scans I’ve had have been few and far between. You’re going to love the fingerprint sensor.

5. Speed on top of speed 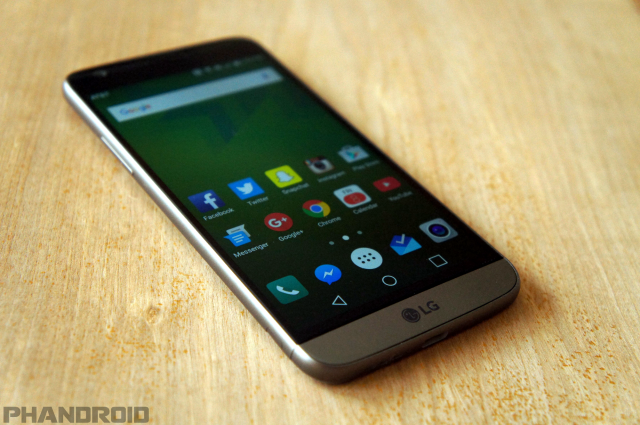 Qualcomm didn’t have a great year in 2015. The Snapdragon 810 was supposed to be the processor of choice for all the major flagships, but a few issues led manufacturers like LG to stick with the Snapdragon 808. The G4 wasn’t an underpowered device by any stretch of the imagination, but it did suffer from occasional stutters and lag. You won’t find any of those issues in the G5.

The G5 absolutely flies, and it might even be faster than the Samsung Galaxy S7. Apps jump open quickly, multitasking is a breeze, and intensive games run smoothly without a hitch. LG’s software has also been slimmed down even more, which greatly improves performance when you’re navigating throughout the phone. Overall, the G5 is a speed demon compared to the G4. 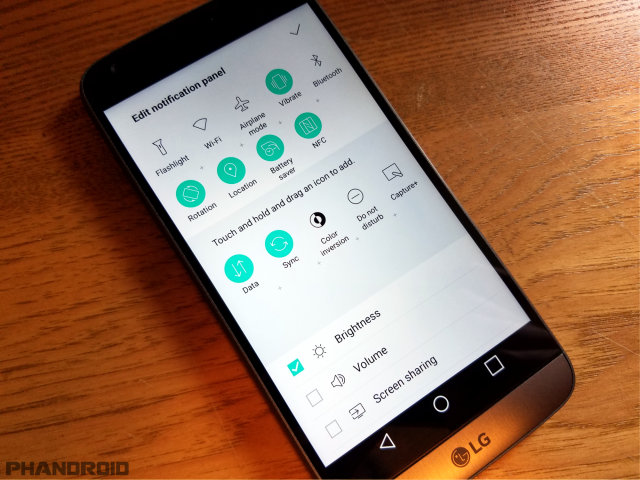 We mentioned that LG has slimmed down the software on the G5. If you didn’t like the software on the G4, the G5 is a lot better. They removed some power-hungry features such as multi-window mode and buried QSlide apps in the Settings. Some power users will miss these features, but most people probably never knew they existed.

The actual look of the UX is not much different from the G4. The colors are lighter and brighter and the Settings menu has been refined. The biggest change is the removal of the app drawer. This is not something that should deter you from upgrading to the G5. It can be easily fixed by downloading the UX 4.0 launcher or a 3rd-party launcher. LG’s custom skin has come a long way over the years. It’s not half bad now. 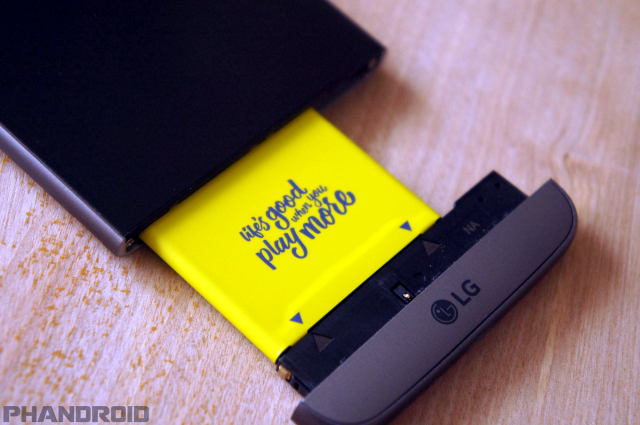 We’ve saved the most noteworthy feature of the G5 for last, and that’s not by accident. The modular design is one of the biggest changes between the G4 and G5. You could replace the battery on the G4, but that was all you could replace. The G5 allows you to slide in modular accessories, such as a camera grip. It sounds awesome in concept, but it’s not all that great in real life.

LG only made two modular accessories and one of them isn’t even coming to the US. Right now, it’s just a really cool way to swap out the battery. However, there’s a lot more potential for the modular system than there is for a removable back cover. At the minimum, you still get a device with a replaceable battery, but at maximum, you could have some powerful accessories to choose from in the future.

That’s our case for upgrading to the LG G5. Despite the myriad of poor reviews, the G5 has a lot going for it. It’s not fair to judge it solely on how it compares to the Galaxy S7. Do you agree with our assessment? Is the LG G5 a worthy upgrade from the LG G4? If you upgrade to the G5, be sure to visit Android Forums to find more G5 users and learn more about this great device.