In case you missed it, earlier today Samsung formally announced that Android 6.0 Marshmallow was finally ready for the Samsung Galaxy S6 and Samsung Galaxy S6 Edge. While we’re expecting the usual Marshmallow improvements — things like on-demand app permissions, or low-power Doze mode — it’s the Galaxy S6 Edge that appears to be getting the most love, with fully revamped software features only available on curved display models. 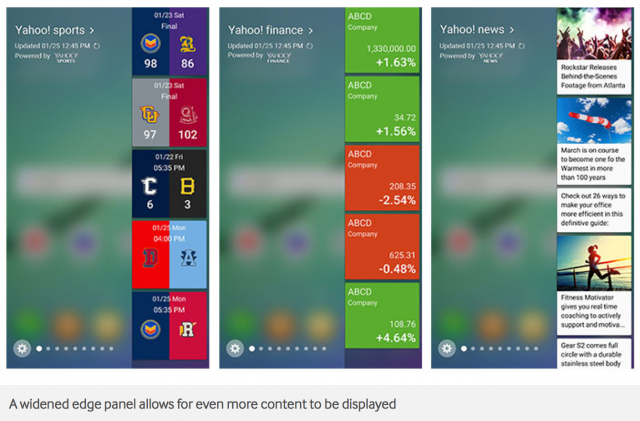 We briefly mentioned in our announcement post, but the changes are so big, Samsung felt the need to detail them in a completely separate post. First off, the size of the Edge screen will be increased in Marshmallow, jumping up from 260 pixels wide to 550. With more screen real estate, Samsung can display more information which is exactly what they did. 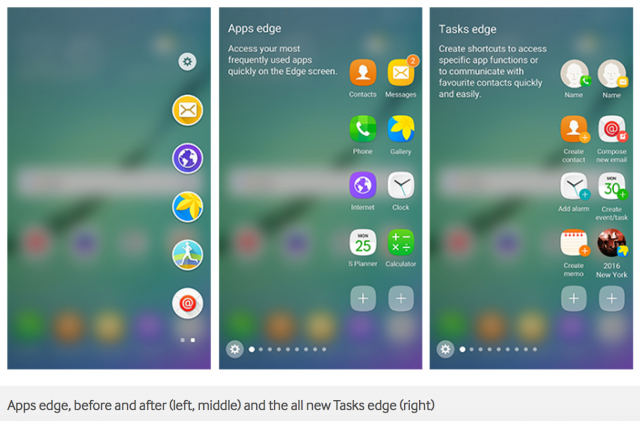 Users can now customize up to nine Edge panels, which includes both People edge and Apps edge. Most Edge panels have gotten a face lift, like People edge for instance which adds names under contact photos and a handy settings shortcut. Apps edge also adds a full extra column for apps (you can even add folders now), with Samsung introducing something they’re calling “Tasks edge” for creating action shortcuts (create a contact, add an alarm, new note, etc.). There’s also Quick tools, with shortcuts to a ruler, flashlight, or compass. The Edge handle itself is also customizable, allowing the user to control the location, length, transparency, or get rid of it altogether. 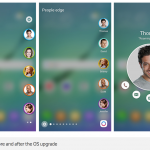 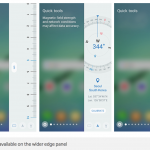 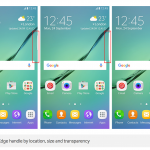 It’s pretty easy to see what Samsung has been working on this entire time. Although nobody likes waiting around for major OS updates, OEMs like Samsung need time to add in new features to their UI like Edge screen. In all honesty, when they’re actually pretty functional (like Edge screen), sometimes they can be worth the wait.

We’re not sure when Samsung’s Marshmallow will rollout across the Galaxy S6 line here in the states, so there’s a good chance our first hands-on with the update will be on the Samsung Galaxy S7 and S7 Edge in Barcelona next week. We can barely hold our excitement.