You could improve phone performance by 15% if you uninstall Facebook

It’s no secret by now: Facebook’s app is pretty bad. It lets you do most of the things you’d do on the desktop site, sure, but it’s extremely bloated, incredibly buggy and sometimes painfully slow. It doesn’t look particularly great compared to contemporary design, to boot. And now there’s evidence that it may be causing your phone to perform much worse than it should.

Folks on Reddit have been discussing Facebook’s effects on performance on battery life over the past couple of weeks, with some suggesting that completely uninstalling Facebook brings major improvements to overall smartphone performance. But one user in particular took it upon themselves to do a more “scientific” experiment to see if those claims were more than just products of the “placebo effect.”

Their findings? Uninstalling Facebook does seem to improve performance by a significant amount. The test — which involved simple runs of DiscoMark’s benchmark both with and without Facebook and Facebook Messenger installed — shows a 15% gap in performance, at least in terms of app launching. 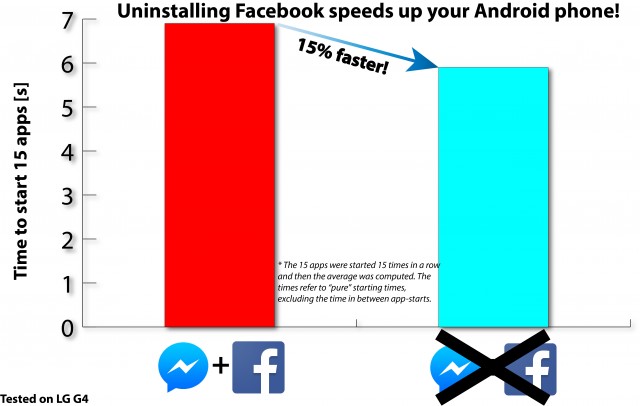 Let’s be clear about one thing here: any app is sure to add more overhead for your CPU to chew through. That’s just a natural limitation of computing. But no one mobile app (especially a social networking app) should be accounting for as much as 15% of the overall pie even when it’s doing nothing. It’s an absurd number, really. If this test is accurate then Facebook really needs to start thinking about ways to debloat the app and keep it from dominating so much of a phone’s resources. 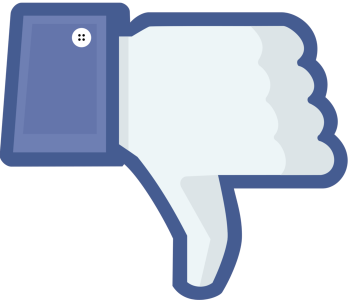 It goes back to the claims of one Facebook engineer who inadvertently confirmed that their app was incredibly and severely bloated in his attempt to defend the app’s huge file size. No, Facebook, it’s not an accomplishment that you have so much code in a social network app that it overshadows code needed to run entire operating systems. You look at stupid status updates and cute holiday pictures from your friends and family. That’s it.

For some people, uninstalling Facebook isn’t an option. You want to constantly stay tuned into the people you care about. There’s nothing wrong with that. But if you feel like your phone has slowed to the point where it’s affecting its usability then it might be the first step you want to think about taking before opting for a factory reset or even buying a brand new device.